This is one of those plants that I would have been super-excited about if I'd encountered it in, say, 2009, when I still had money and space and was collecting plants faster than I ever had before (or ever would again). But it was a solid 3 or 4 feet (0.9-1.2 m) across and cost $50, so there was no way. 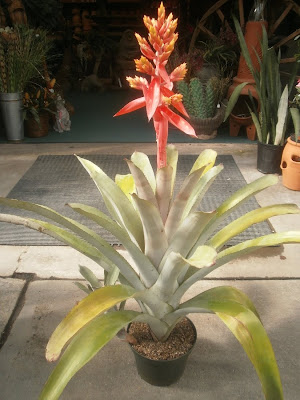 These pictures don't match my memory of the colors very well at all; in my memory, the bracts were more violet and less orange, and the leaves were less green and more gray. Google sides with my camera, though, in both cases, so apparently neem fumes have damaged my brain or something. 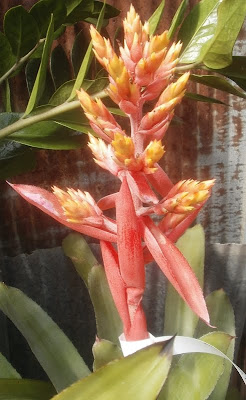 There was a pup to the side of the main plant (in the first picture, it's barely visible to the left of and slightly behind the parent), which I thought about asking if they'd sell to me. The size thing would eventually be a problem one way or the other, of course. More sensible impulses eventually prevailed. Maybe someday. 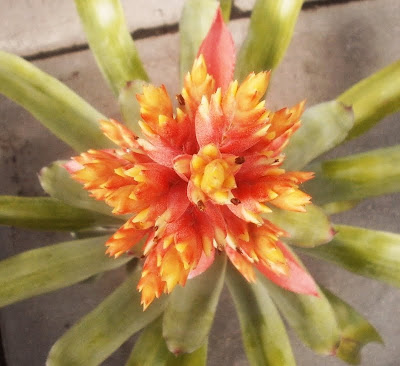 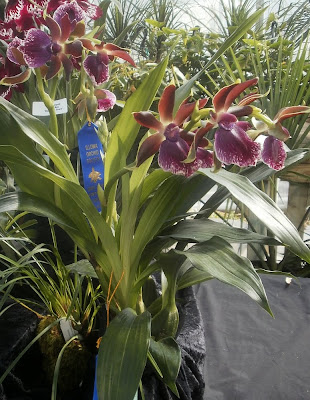 Pictures turned out a little too dark on this one, maybe. 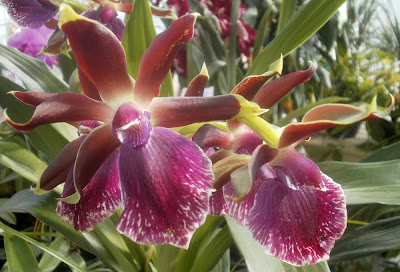 Now it has three leaves. I suppose technically it's more like two and a half, but it'll be three at some point.

I go back and forth on whether or not I like this kind of Phalaenopsis flower. Currently I'm thinking it seems a little busy. 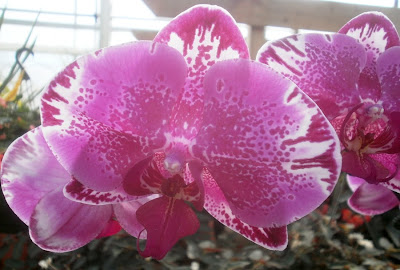 Apparently the scale on the Alpinia was not as confined to the Alpinia as I'd thought, as these two were both in the same general area. Other plants in the vicinity have been pre-emptively sprayed.