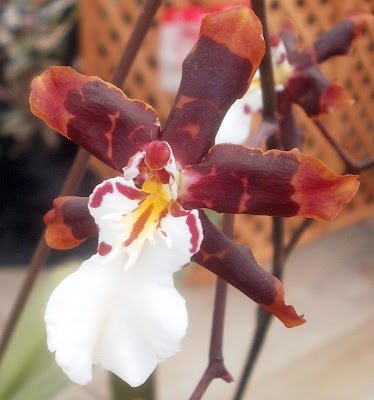 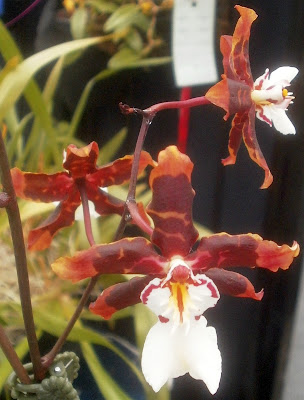 Odontocidium Sunlight 'Pacific Sunset' = Oncidium Mexico × Odontocidium Crowborough, though the orchid registry online doesn't know of the cross, so it's not clear how official this is.

Still working on the Leuchtenbergia profile; things keep coming up and preventing me from getting as far on it as I would like. I'm hoping to finish by the end of this week.

Meanwhile, I felt bad for going so long between posts, so there's this.

I've had Codonanthe serrulata since May 2011, when I got three cuttings from a reader. 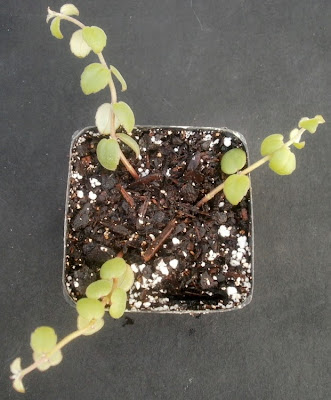 It didn't look particularly promising. And it's still not my most impressive plant or anything, but it hasn't died, which is more than I can say for some gesneriads. So whatever. In any case, I had it under lights originally, but it was relocated to the plant room at some point in the last year, and it got a little bit of sun in the new location. In early August, I noticed that there was a single flower bud on it -- 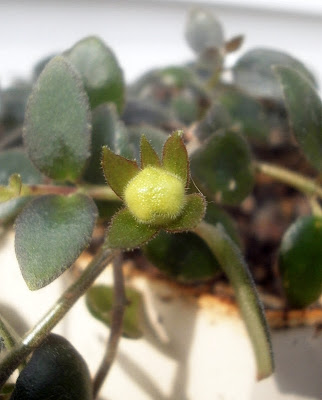 9 August 2013.
-- which opened into an actual flower a few days later, as flower buds often will. 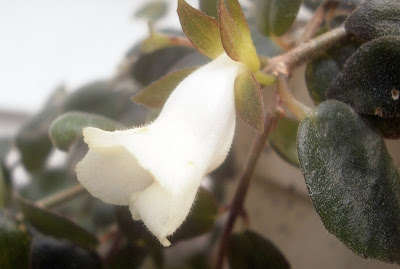 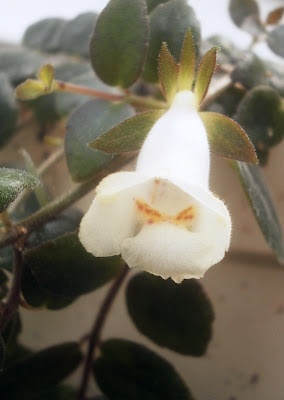 I only got the one single flower, which is a little disappointing, but I suppose it's an improvement on the zero flowers the year before. So I shouldn't complain. Maybe next year, if it isn't dead, there'll be two flowers? Stranger things have happened.

Anyway. Back to the profile mines for me, I guess. Just letting you know I'm still alive and everything. Plus I'd intended to blog about this anyway.

UPDATE: The Leuchtenbergia principis profile has since happened.