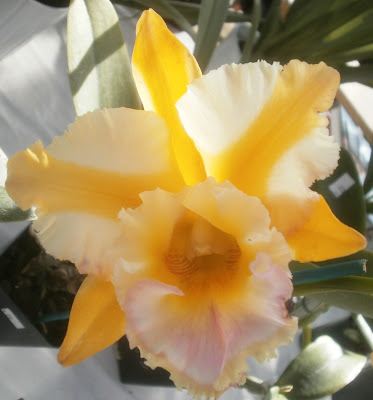 Tina! Bring me the ax.

So two things happened Saturday night. The first thing was very unpleasant. (A Pilosocereus pachycladus fell backward onto me as I was transporting it to be watered, leaving spines stuck in a small patch on my right shoulder and a somewhat larger patch on my right forearm.) The second was a hundred times worse.1

I went to pick up the Philodendron squamiferum, to take it into the plant room to water it, and there were scale insects all over the new growth. The same scale that it had on it when it arrived here.

Not so terrible in and of itself, granted. But it's what this means.

I'd noticed the scale on the Philodendron squamiferum immediately, when it arrived last May. I'd wiped off the leaves, individually, on multiple occasions, with soapy water, and sprayed every surface of the plant with neem, every time I watered, and I kept it as isolated from the other plants as possible under the circumstances. At some point, I don't remember when (September? October?), I threw some imidacloprid granules in the pot as well.

Imidacloprid is an insecticide, which is supposed to be particularly good against scale and mealybugs, because they have a waxy, water-repelling coat that shrugs off most water-based insecticides. Imidacloprid gets around this by being taken up by the plant's roots. It then circulates throughout the plant's tissues, so that no matter where the insect might bite, it's going to be sucking up a mouthful of poison as well. And then it dies.

Or at least that's the theory. But obviously: if the scale population has increased from invisibility to the point of overrunning the new growth in the span of a month, that means that the imidacloprid didn't work. And neither did the neem, or the hand-washing.

Also, I'd declared the plant officially clean, at some point last fall or early winter, and placed it with a few other important plants (Ficus maclellandii, the BDSP), on a table. Which means that there's a good chance that the other plants on that table also have scale now, scale which is resistant to the one pesticide that's supposed to be halfway decent at dealing with scale.

Which means that the week I spent dumping imidacloprid granules into all 585 plants in the basement was almost certainly wasted effort.2 It's a different infestation of scale in the basement (brought in by Aloe polyphylla instead of Philodendron squamiferum), granted, so hypothetically the imidacloprid resistance might be totally different in the basement, but what are the odds I could be that lucky? Or maybe I've misapplied it. Maybe I wash too much out of the pots when I water. In any case, it doesn't seem like the imidacloprid is likely to be helpful, which makes me REALLY GLAD I spent all that time and money on it.

Now. I had been depressed for much of the month of January anyway, because I spotted some scale on New Year's Day. New Year's was depressing because it meant that the six or seven weeks before that, when I hadn't spotted any scale, was false hope, and they hadn't gone away. So the Philodendron on Saturday night was pretty much the worst thing that could have happened: even my backup hope, the imidacloprid, is probably also false hope.

And if fairly conscientious and repeated use of neem / hand-washing / imidacloprid hasn't worked so far, then the way I see it, I have basically three options.

1) I continue to fight with the inadequate tools I have, and maybe pick up new ones.

This is a non-starter. I've already exhausted and depressed myself dumping imidacloprid into the plants in the basement. There is no way in hell I could hand-wash every leaf of every plant in the house, and it apparently doesn't even help. I might as well sing Tom Petty to the scale.3 I reached the point of not even liking plants anymore at some point last summer, and things have only gotten worse since New Year's. So I am not going to fight. I'm not going to try your home remedy for scale, I'm not going to wait until spring and then move everything outside, I'm not going to buy more and bigger pesticides, I'm not going to buy predatory mites or lacewings or ladybugs or whatever, I'm not going to try to swab a thousand plants with a 50-gallon drum of rubbing alcohol and a pallet full of Q-Tips. I refuse to hope for a cure. I also refuse to give up and just try to coexist with the scale the way I do with fungus gnats or (to a smaller degree) spider mites, 'cause scale is just too damaging, contagious, and icky. Next option?

2) I throw all one-thousand-and-whatever plants in the garbage.

Just pile them up on a snowdrift in the back yard and let them freeze, taking the scale with them. That's not really going to work for me either. It's true that I hate the plants;4 I want to punch them all in their smug green photosynthesizing non-faces until they beg me to stop. (And then keep punching them, because I ain't gonna take no orders from no plant.) But I'm not a monster;5 I'm not going to spite-kill plants that have shown no sign of scale infestation and live in a part of the house where the scale are not known to have spread. Even as bad as things are -- and it cannot be over-emphasized that things are very, very bad, the kind of bad that involves mental health care professionals6 -- there are still plenty of plants in the house that are probably fine, due to natural resistance, luck, or both. Besides which, if I were to get rid of all the gray-variegated Yucca guatemalensises and Anthuriums, I would be inconsolable, because I hate them the least.

3) The back-burn strategy. I take a zero-tolerance policy toward any scale sightings. I'm not even going to pretend that I can eliminate them from an infested plant. Instead, I'm going to throw away any plant that shows any sign of scale, however beloved or irreplaceable the plant in question might be. If I suspect infestation strongly enough, I'll even throw away plants that have merely been adjacent to scale-occupied plants. The hope is that if I throw plants out fast enough, maybe I can out-run the scale. Eventually, mathematically, I have to reach a point where no plants in the house are infested. Maybe I'll only have twenty plants at that point. Maybe only six. Maybe one. But eventually.

So that's where we are at the moment: full metal "Tina! Bring me the ax."7

The plants Scalepocalypse 2012 2013 is responsible for killing so far (I'm keeping the list so I know what to write on the eventual memorial):

And everything down to Aloe 'Firebird' was before the zero-tolerance policy. We're just getting started.


1 A hundred times worse, in the sense that I would rather do the Pilosocereus thing a hundred times than have the other thing happen once. And yes, I thought about this choice for quite a while: the number is not arbitrary.
2 Imidacloprid does sometimes take a month or two to build up in a plant's tissues before it reaches an effective concentration, but the Philodendron had definitely had a month or two to work already.
3 ("Don't Come Around Here No More," obviously.)
4 (Not an exaggeration. I've been getting negative enjoyment out of them for the last eight months, with the possible exception of August's Epiphyllum-and-Clivia bonanza, and I've only been willing to tolerate the misery for this long because I thought it might end at some point.)
5 (yet!)
6 An overreaction? Well, sure, I suppose for most people it would be an overreaction to go bonkers over finding some bugs on a few houseplants. You have to bear in mind, though, that I have lived and breathed indoor plants, to the exclusion of nearly everything else, for about six years. And it has made Jack a very dull boy, and I wasn't even that good at it compared to some people, but it was at least a direction, a vague plan, a sort of goal. You know: here is a thing I enjoy. Maybe I could make a self-supporting amount of money from this, somehow.
You try hating the thing around which you've let six years revolve and on which you've constructed all of your future plans, and then tell me what's an overreaction.
There is, no doubt, some sort of cautionary tale in all of this about the dangers of turning hobbies into careers. Or the dangers of being generally inept at having careers. I don't know what it is exactly, but I can smell a cautionary tale in here somewhere.
7 (Helga, I'm not mad at you, I'm mad at the scale.)
8 No, I did not get to salvage any of the Alworthia 'Black Gems.' Had 27 at the beginning of all this, and none of them have managed to not have scale at some point or another, so I am 'Black-Gem-'less for the first time in almost six years. This despite heavy and repeated neeming, a summer outside, careful inspection upon re-entry, and imidacloprid.
Posted by mr_subjunctive at 3:00 AM 28 comments 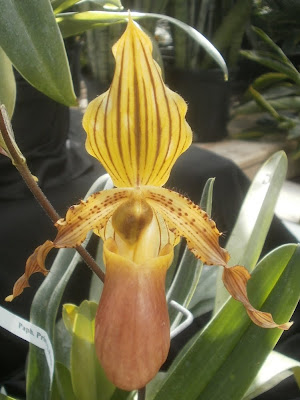