No promises, but I might be back again for a bit. We'll see how it goes.

Seedling 196A isn't that exciting to look at. Orange / light pink, a bit less orange than usual but otherwise pretty typical. It mostly distinguishes itself in the number and timing of the blooms: like 025A Clownfish, it appears to be unusually insensitive to day length and temperature, and is willing to set buds much more freely than the average Schlumbergera. Which is a desirable trait, so I was hoping to find a really good name for it. 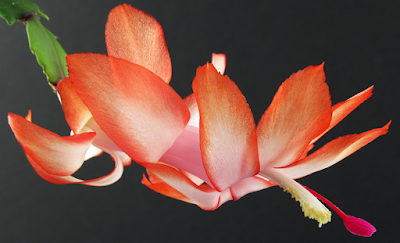 But I don't think I did. The name finalists: Can't Slow Down, Fred Rogers, Lady Boyle's Last Party, and No You Hang Up First.

Can't Slow Down is just a reference to the unusual amount of blooming. Fred Rogers is the television personality, previously considered for 062A Open World but rejected on the grounds that I couldn't be certain that there wasn't already a Schlumbergera named for him somewhere out there. (Which I suppose is still a concern, but I'm less worried about it this year.) 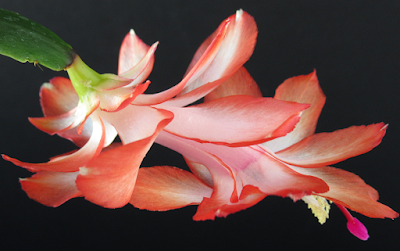 Lady Boyle's Last Party will need some unpacking. It's the name of one of the chapters in the video game Dishonored. The actual story is pretty ugly (if you're interested, you can read a summary at the Dishonored wiki), but the way the space is designed, and the artwork that goes along with it, are so amazing that I think it may be my favorite chapter of any video game I've ever played.1 (Some non-violent, non-gross art examples can be seen here and here.) I've used game-related names before,2 and Dishonored is great (my only complaint is that it's too short), so eventually there will be a Dishonored-related name, even if it's not this one.

No You Hang Up First is a roundabout reference to how hard it was to settle on four name finalists. Sometimes you just have to let the thing be done, even if you sort of want to keep going. 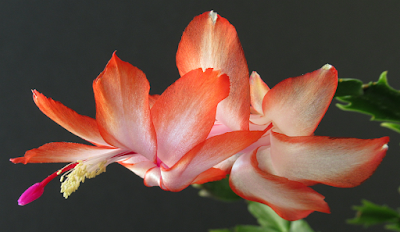 So. No You Hang Up First was sort of always intended to be a throwaway option; the rules say that there have to be four names to choose from, so I needed a fourth name.3 And Lady Boyle's Last Party is problematic in a number of ways, the main three being that it's awfully long, the storyline that goes with it is kinda icky, and the dominant colors in the level are browns and golds (which is striking partly because the game is otherwise primarily blue and gray), not vivid orange.

Which leaves us with Can't Slow Down or Fred Rogers, and Can't Slow Down is a bit abstract. Plus we don't actually know that 196A can't slow down. It hasn't so far, but the name shouldn't be making promises like that. So this one will be 196A Fred Rogers.


Seedling 125A is yet another white child of the NOID white; it doesn't do anything particularly interesting, and it's likely that I'm going to wind up selling or discarding it. What I decide to call it until then doesn't matter very much. 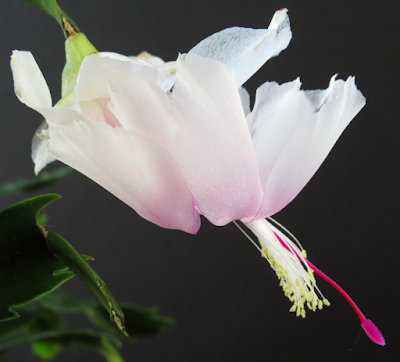 Mae West was previously considered for 290A Our Lady Of Assumption, 067A Cyndi Lauper, and 133A Fading Commotion. 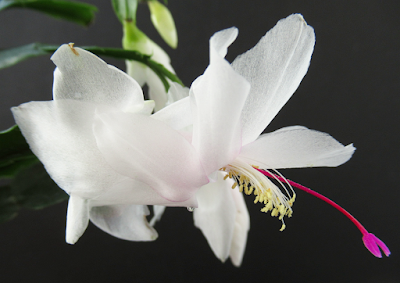 Effet De Neige means "effect of snow" in French, and is an art reference. I'm not really qualified to talk about art history and consequently won't try, but my understanding is that the French Impressionists got really into snow for a few decades in the late 1800s, leading to works like Vue de toits (Effet de neige) (Gustave Caillebotte, 1878): 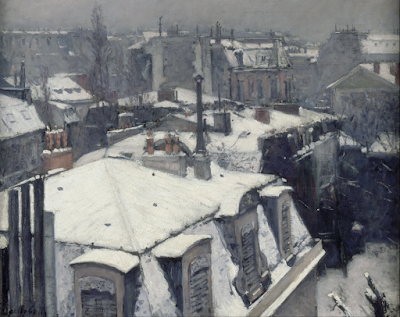 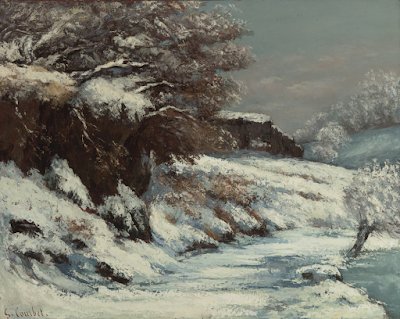 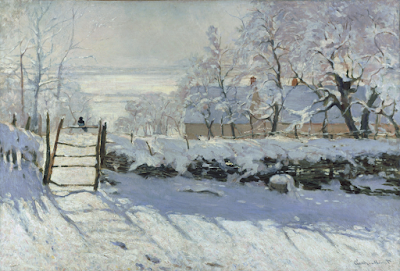 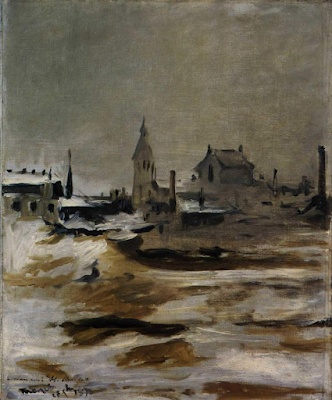 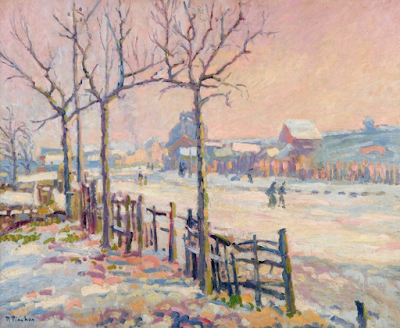 and so on. I mean, we could look at French Impressionist snow all day,4 but we've got seedlings to name. There's also Glass Slipper, which was considered and rejected for 193A Arcade Gannon and 135A Chiune Sugihara,5 and sort of considered for 290A Our Lady Of Assumption.

So I'll drop Weighted Companion Cube on the grounds that it's long, and there's already a Portal-related seedling. Very tempted by Effet De Neige, but having looked at all the paintings now, I'm sort of inclined toward holding that name in reserve for a prettier white seedling. Which leaves us with Mae West or Glass Slipper, and of the two, I think Glass Slipper is the more disposable name. So we'll go with 125A Glass Slipper.


1 Though most of the competition is probably also from Dishonored, and what isn't is probably from Half-Life 2, which had the same art director, Viktor Antonov. Apparently I'm just really on his wavelength.
2 Games in general: 062A Open World; 424A Speedrun.
Fallout: New Vegas: 193A Arcade Gannon
Half-Life 2: 107A Nova Prospekt; 379A Can't Find The World
Pac-Man: 067B Clyde
Portal series: 072A Chell
3 Yes, they're my rules, and I could change them if I wanted, but . . . I preferred to add a fourth option that I knew I wasn't going to pick, instead of proceeding with only three options. *shrug*
4 (All of the paintings were public domain images from Wikipedia, by the way.)
5 Which has unexpectedly died as of a couple weeks ago; I don't know what the problem was. It's really unusual for the Schlumbergeras to die on me if they've lived long enough to bloom, though it also happened with 042A Mary Tyler Moore, last year. 042A was always a little weak-seeming, so I wasn't shocked, but 135A had seemed perfectly normal. So I'm puzzled.
Posted by mr_subjunctive at 3:00 AM 0 comments