So the new camera isn't exactly working out badly, but I'm still having a really difficult time with the color balance. Like the previous camera, there are preset options for "cloudy," "incandescent," "fluorescent," etc., in addition to an "automatic" color option; unlike the previous camera, none of the new camera's options are good at accurate color reproduction. In fact, "auto" is surprisingly terrible.1 And unlike with the old camera, I don't seem to be able to edit the color to something more reasonable afterward: the new camera seems to be using different color balance settings for the spathes, leaves, and backgrounds, somehow. So if I get the background the right color, the spathe will be wrong; get the spathe realistic and the leaves will be turquoise, or orange, or gray.

Unlike the previous camera, this camera also has the option to point it at something white and tell it "this is white." Logically, this should balance all the colors perfectly, but in practice doesn't do much better than "cloudy:" Sinthia D Meanor winds up green instead of tan. So I don't know what to do. I'm thinking it might be easier to get my eyes fixed to agree with the camera, instead of working with the camera so it agrees with my eyes.

I haven't actually spent a lot of time practicing with the new camera, because I burned so much time just obtaining the new camera that I got way behind on watering and blogging and everything else. So we'll see what I can manage to do in the next week or so. If I can't make it work any better by then, probably I'm taking it back and trying a third one.2 Whether I make this camera work or not, I'm going to need even more time to figure this all out before I can get back to regular posting again.

Our seedlings today are both pretty meh. I've been waiting for 0645 Mabel Syrup forever, so this was pretty disappointing: 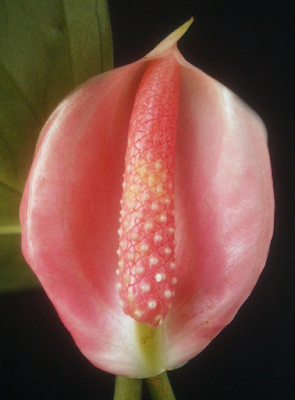 I mean, pink/pink could have been okay, maybe, if the inflorescence had at least been really big, like her seed parent (0276 Zach Religious3), but it wasn't. Boring color, small size, foliage just so-so, 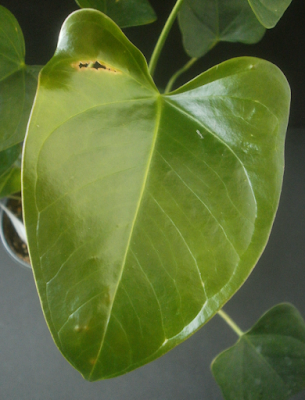 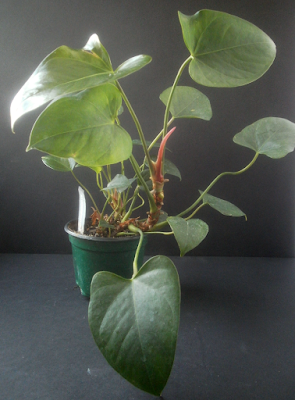 The spathe didn't even stay upright for long; a couple days after opening, every part of the spathe was trying to flip back so hard that it was getting in its own way. 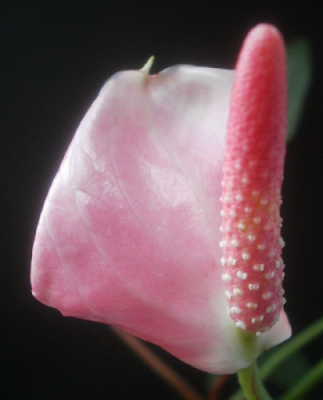 So Mabel's not going to stay.

Pretty sure the name was one of mine, or else it's one of those all-purpose names like Helena Handbag, so there's no real queen to talk about.

The most notable thing about 1721 Leonid the Magnificent is that it somehow managed to bud and bloom without me noticing; I think I saw the bud, looked at the number, and assumed it was already recorded on the spreadsheets and stuff because I had it mixed up with 1271 Boy Child, and I knew Boy Child had already been recorded on the spreadsheets because I'd already written a blog post. So then one day there was a new bloom to photograph, and I discovered that I'd never written down the bud's appearance. 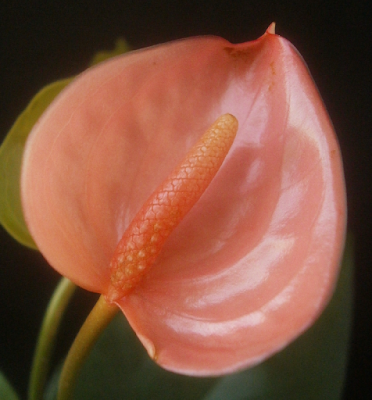 The color is okay, though it ages to a boring pink, like most of the other pink-peach seedlings. Both the initial and final colors have happened before with other seedlings from 0234 Ross Koz (specifically 0805 Triana Hill, 0808 Kent C. Forshette, and 0813 Arya Reddy). 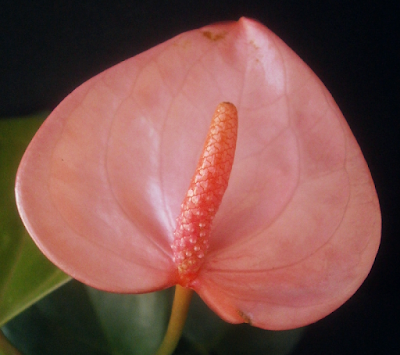 Although I'm not dazzled by the foliage, 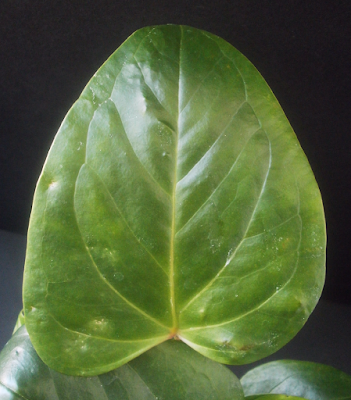 there's at least a decent amount of it, and the plant is suckering pretty impressively for still being in a 3-inch pot. 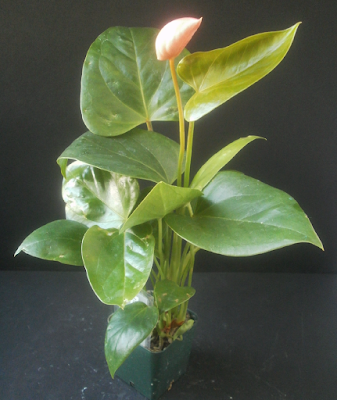 And then there's the fact that Leonid not only bloomed while still in a three-inch pot, but he's done so twice. So Leonid probably gets to stay for a while, though he's not a high priority for up-potting.

The real Leonid the Magnificent has appeared on America's Got Talent, Jimmy Kimmel Live, and various other places; I didn't really have time to look into who he is and what he does, so I'll just link Wikipedia, the Jimmy Kimmel performance on YouTube, and Vimeo, and you can do what you like with that. I will say from skipping around a few of the (poor-quality) videos on YouTube that I'm not 100% on board with calling what he does drag, though I can't come up with a label I like better. It's campy like (some) drag, it involves a lot of feathers like (some) drag, but it's . . . some other thing.

Not that I'm the arbiter of what is and is not drag. Just my personal feelings.

I emphasize "unedited" because although the last three Olympus images aren't great, I know what to do with them to make them acceptable. With the Canon, I can't even improve them through editing.
2 The one I'm dealing with now is the second one I've purchased in the last week; the first (a Sony DSC W800) had lousy focus and I didn't like its color reproduction either. (It got the colors more or less correct, though they were garishly oversaturated. Saturation is easy enough to fix, but the Sony pictures were also strangely blobby -- not grainy, but blobby -- and that's not really something I can fix after the fact.)
The second, current camera is a Canon SX 260 HS, and it's very fast and the focus is really good, but if it thinks tan is green then I don't care how fast and sharp the photos are.
3 Who has been a disappointing seed parent thus far:
0648 Bianca del Rio had potential, but her inflorescences are always so scarred and cracked and whatever else that I'm not as excited as I used to be.
1213 Miss Foozie produced a really nice bloom on her first try, but her roots break off or rot really easily, and I'm not confident I'll be able to keep her alive much longer.
Some of the other seedlings of Zach's are a little bit interesting, but none of them seem to be duplicating what made him a good seedling -- interesting foliage and good bloom size.
Posted by mr_subjunctive at 3:00 AM 0 comments