Weird times. The plant collection is at once thriving in previously unprecedented ways and going completely to hell, which I guess is something that can happen once a collection reaches a certain size. Sort of like how Texas can be a disaster area due to flood and drought simultaneously.

On the one hand, I've been finding scale infestations all over the house, including on some very special plants,1 which has at times left me despairing of ever getting things under control. (For good reason -- this has been going on for almost two years already, and only seems to be getting worse. It's showing up in new rooms, it's showing up on plants I thought I'd cured, and it's particularly bad on the plants that were outside for the summer.2) I'm not seeing scale on that many plants, really (probably only about 50, in a collection of 955), but of course it's the scale you're not seeing that's the real problem.

Also the Euphorbia fungus has returned as well. It probably never left.

On the other hand, the Stapelia giganteas are blooming like crazy, which is delightful, in that special way that the smell of dog shit can be delightful if it's being smelled for the right reasons.3 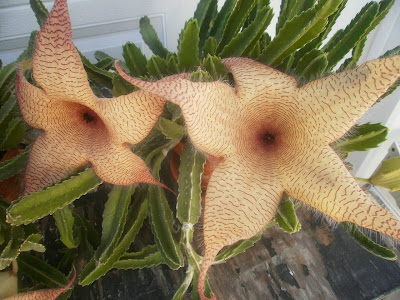 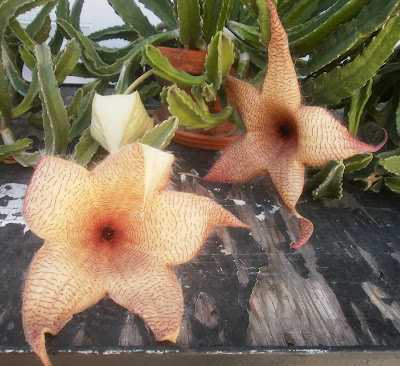 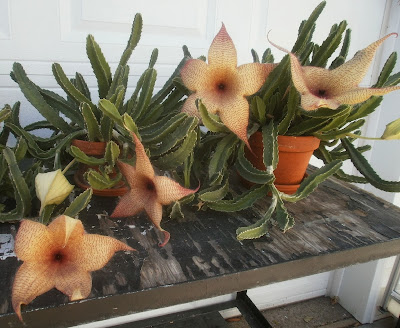 Anthurium "Bijoux Tuit" is working on a second bloom, making it the second of my Anthurium seedlings to bloom twice. Three more Anthurium seedlings are producing first blooms,4 for a total of thirteen. I'm not completely used to the idea of the Anthuriums blooming, even though it's been a few weeks now, so this is neat every time I'm reminded of it. About 40% of the Clivia seeds I started are producing leaves.5 I just took a whole bunch of berries off the Coffea and started seeds drying.6 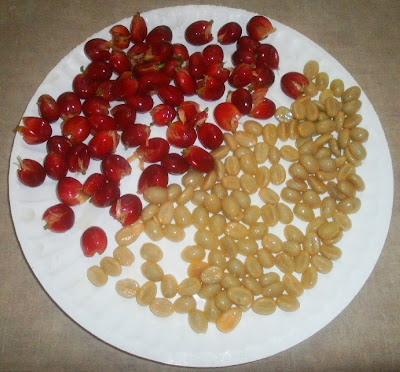 Seeds on lower right.
I had one Schlumbergera seedling, #55, produce a flower bud about 14 months after it was first sown.7 The Spathiphyllum seedlings are looking like actual plants now, and have been for some time. 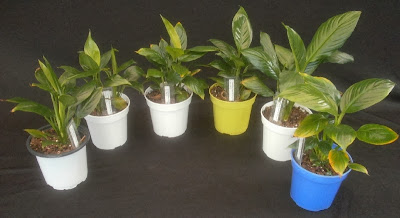 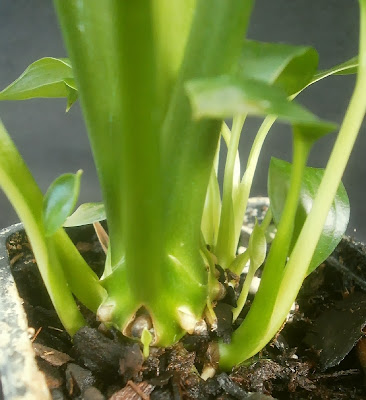 So the teal deer here is that the most incredible, wonderful, and exciting things are happening with the plant collection, and I am honestly thinking about throwing it all in the trash, shuttering the blog, and taking up a less emotionally draining hobby, like competitive jam-jar rolling.

For the time being, I've just been throwing out plants8 and looking for sources for bulk imidacloprid.9 Should I find scale on the Anthuriums again, however, absolutely anything might happen.

LATE EDIT: While watering on Tuesday night, I found out Schlumbergera number 25 has decided to try and bloom as well: 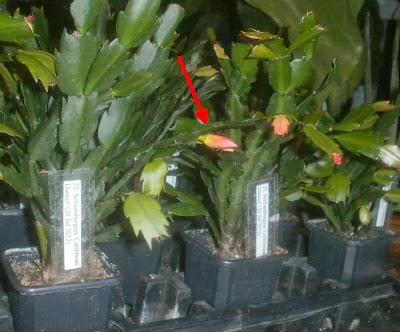 Hopefully that bud will do better than #55's did.


1 The original Murraya paniculata, all four of the gray-variegated Yucca guatemalensis, and the Furcraea foetida 'Medio-Picta,' to name a few.
2 Lesson learned: don't put scale-infested plants outside in the summer. I blame ants.
3 So far, I have six blooms open at once in the plant room, plus at least one on the smellier Stapelia variegata, and I'm not finding the combined odor objectionable or even noticing it much. Which might mean that I've just gotten used to it, but the husband hasn't said commented on any unusual smells, and he spends less time in the house. So I'm thinking maybe it's just really not that bad unless you're up close. They're not a flower you want to stick behind your ear or anything.
4 #118, "Elijah Sturdabowtit;" #46, "Aurora Boreanaz;" and #235, "Rowan DeBoate." Rowan is particularly of interest, as her spathe is sort of a pale peach/cream color, which I haven't seen before on my plants.
5 No, it does not seem to have mattered much whether I rinsed them with hydrogen peroxide before planting, though I can't say for certain that it doesn't matter at all. The un-peroxided group of five seeds currently stands at: 0 rotted, 3 inactive, and 2 germinated and producing foliage. The peroxided group of eight seeds has 2 rotted, 1 inactive, 2 germinated but not doing much of anything, and 3 germinated and producing foliage. If we're only counting the seedlings that are visibly growing and healthy-seeming, that's a success rate of 40% on the first group and 38% on the second.
6 I took one berry off on 7 October, which gave me two seeds. Then on 27 October, I removed a whole cupful, and got 138 seeds. Though at least three got washed down the drain while I was trying to clean them off, and I'm planning to give a few others away, so I'm probably going to wind up starting about 130 seeds from this batch on 22 December. And that's not even half the berries that are on the plant.
Unrelated point of interest: in large quantities, Coffea berry skins smell sort of oniony, it turns out.
7 No pictures, because the bud dropped. It had either already given up on further development when I took it out of the flat it was in, or I knocked it off the plant in the process of untangling it from the other seedlings, 'cause by the time I went to get the camera to take a picture, it was no longer attached to the plant. Considering that it had no business even thinking about blooming in the first place (it's in the basement, under artificial lights, so it doesn't get the long, cool nights it should require for setting buds, and it was also a couple years too young to be blooming besides, according to all the reputable websites), I figure this is a pretty good sign. The moral? Between this and the Anthurium situation, I'm thinking that it's best to ignore when people tell you that plants have to be X years old before they'll bloom, because plants can't read and will bloom when they feel like it.
8 I had 1017 plants at the beginning of September, 1001 at the beginning of October, and it looks like we're going to be somewhere around 950 at the beginning of November. Since most of the plants that were easy to get rid of got thrown out ages ago, every plant I discard now is like a knife to the heart, pretty much.
9 For comparison, I've been paying $8.50 for one pound of 0.22% imidacloprid; the stuff at the link is $3.08/lb for 0.5% imidacloprid, before shipping. Do I actually need that much in order to dose the entire collection all at once? No, probably not that much. My best ballpark guess is about 25 lb. of what I've been getting, or 11 lb. of the bulk stuff.
Some of you will, at this point, be thinking about telling me I should try something else, something other than imidacloprid, like neem oil or rubbing alcohol or whatever. The reason why I'm not considering these as options is because sprinkling imidacloprid granules on soil is fast, covers the whole plant, and only has to be done once. Spraying neem or rubbing alcohol, or anything else, takes much longer to apply, covers only the areas I can reach with the spray (not so bad for large-leaved plants like Strelitzia, but spraying every surface on a Polyscias fruticosa? Fuggedaboutit.), and has to be re-done at least every week or two to keep up with the freshly-hatched larvae. As the size of the collection decreases, rubbing alcohol or whatever might be more of an option, but at the moment, there's really no way I could keep up. It's not like I haven't tried before.
Posted by mr_subjunctive at 3:00 AM 9 comments 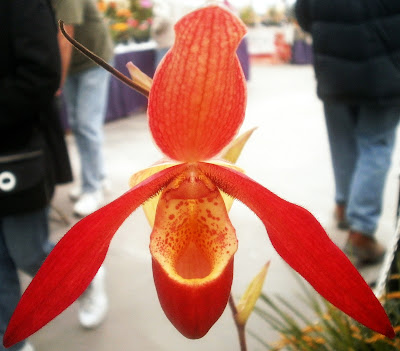