Not quite sure what the correct form of the name is here. The "Maliena" part is consistent in internet searches, but the rest of it appears variously as:

And I could be leaving out a few variations.

The no-period, separate initial, non-CamelCase, capitalized surname version seems to be what Maliena uses on her Facebook page, so I'm going with that.

The name makes me a little uncomfortable, as I imagine it was meant to. I admire the compactness -- it's quite a feat to reference a filmmaker, a gendered slur, and venereal disease all at once1 -- but otherwise it's gross, which I'm sure Maliena knows (it's probably deliberate), and I'm thinking we probably don't need to spend any more time on it than that. Though now that I've spent all this time thinking about and disapproving of the name and puzzling over which version of it is correct, there's a decent chance that I will eventually change it. 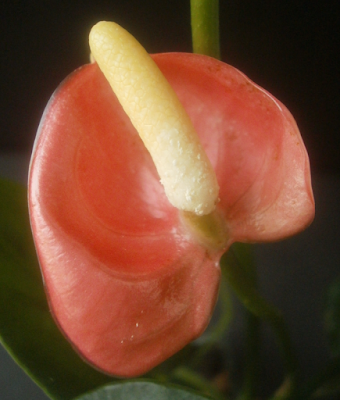 I mean, I guess that isn't terrible, either. Smallish, but it did manage to do this in a 3-inch pot, so there's reason to think later blooms might be larger. The color is reminiscent of the seed parent (0330 Faye Quinette) without being identical. Though that might change with the next bloom as well.

Foliage is okay. Thrips damage present but not extensive. 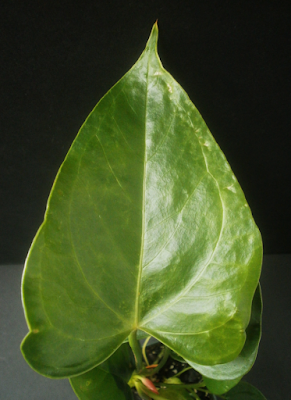 Not a ton of offsetting yet, but too much suckering is sometimes as bad as no suckering at all, as far as I'm concerned: some of the seedlings produce so many offsets that they're constantly needing to be repotted. 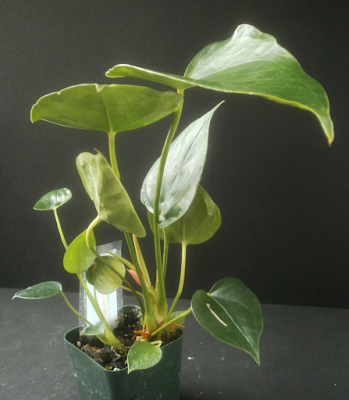 So the overall grade is about a B-, and Maliena has been moved up to a 4-inch pot already. Though this has not induced her to bloom again yet.

As for the state of the blog, and me personally, and so forth:

I've been being absurdly careful with the new camera. The main reason the photos from the old camera got blurry and crappy was because stuff got into the lens housing, so that by the time the camera actually died, I was shooting every photo through a layer of uncleanable dust. Since the main thing the new Canon's had going for it is that the photos are really clear, I was doing everything I could to keep this from happening to it too: I barely took it out of the house, never put it in my pocket, kept it in a file cabinet instead of out on my desk when I wasn't actively using it, took pains not to let the camera actually touch the plants when taking photos, etc. And you'll see where I'm going with this by now, so I'll just show you: 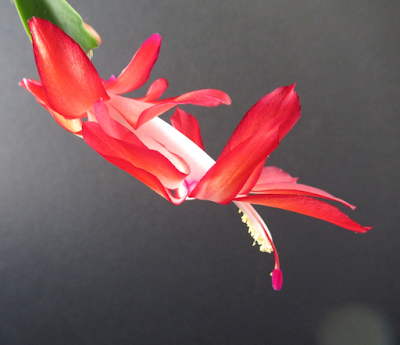 (Schlumbergera seedling 079A Yayoi Kusama)
That lighter circle in the lower right? Yeah, that's a piece of something or another that got into the camera and is now sitting on top of the lens. I can't reach it to remove it; I can't blow it off the lens. In this particular case, I could crop it out of the photo and everything would be fine, and in some situations I can angle the camera away from the light such that the speck isn't visible, but it's a sign of what's to come. And this is after having the camera a mere two months, and being as absolutely careful to keep dust and particles away from it as I could possibly be. Which is terribly discouraging.

The good news is that it's still under warranty, and I can send it to Canon and they will fix / clean / replace it as necessary. And I'm probably going to do that. The bad news, obviously, is that doing so leaves me without a camera at all, in the middle of Schlumbergera season, for an unknown period of time. And I may have to do it again in January, when another speck of something gets into the lens. And then March. And May. And July. At which point the warranty will expire and I'll have to just live with the slow crudification of the images. 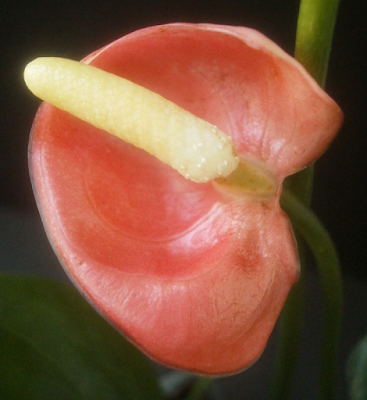 In other other news, the current posting schedule is likely to continue until at least the new year. Don't want to say why publicly, but there is a specific and unavoidable reason, and not just me having a difficult time keeping up with life in general. Not happy about it, but this is how it's going to have to be, so.


1 I tried throwing together a joke name that hit the same three items, a la "Dick H. P. V. Kurosawa," but didn't come up with any that worked half as well. Which is not surprising, of course, since I imagine I'm the first person ever to set out with that specific goal in mind, and since it's kind of a dumb goal to set specifically.
Posted by mr_subjunctive at 3:00 AM 3 comments