The ongoing camera crisis appears to be near resolution, though in a sort of weird way: I've elected to order a replacement for the old Olympus and return the new Canon. This feels weird, because the Canon is a superior camera in basically every way, but it turns out not to be superior in the way that actually matters: the ability to get close-up images of Anthurium and Schlumbergera flowers with decent color fidelity. So.1

Normal blogging will resume eventually, but I do still have to wait for the replacement to arrive, verify that it's functional, and return the Canon, all of which are going to be disruptive in one way or another, so give me a couple more weeks, okay?

In the meantime, let's take a quick job through a couple Anthurium seedlings. 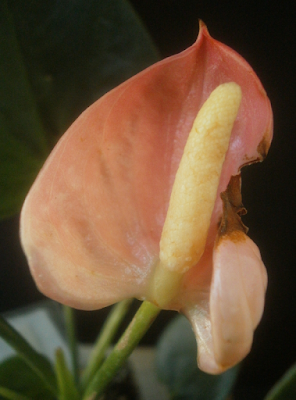 It's not common, but every so often I wind up with a bloom that has a big dead chunk in the spathe like this. I don't know what causes it. Xanthomonas is supposed to cause something along these lines, I think, but the plants that show probable Xanthomonas on the foliage tend not to do this, and the plants that do generally grow out of it. So I don't think it's that. Maybe something in the growing conditions? I don't know.2 In any case, the second bloom was much better: 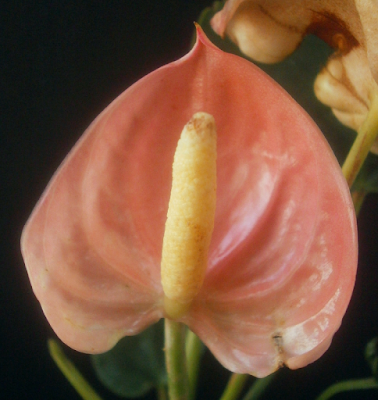 The color, alas, isn't quite as interesting as I'd been hoping for, though the size is good for such a young seedling in such a small pot.

The foliage is also disappointing, though I suppose we've seen worse: 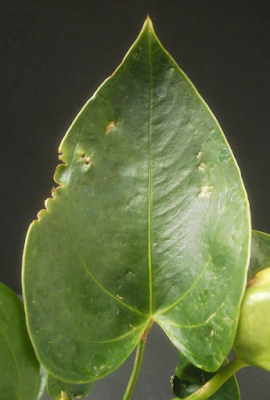 Pretty sure most of that is thrips damage. 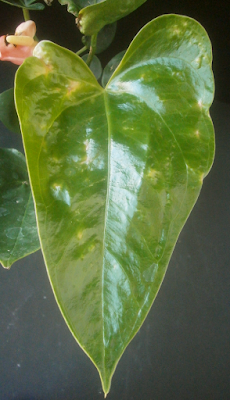 It may or may not also be a problem that there isn't a lot of foliage. 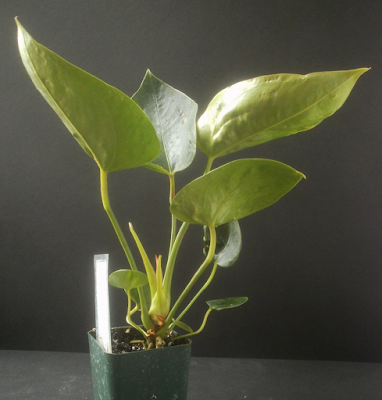 So I guess I'm willing to give Boeff some more time, but ultimately, he's probably not going to get to stay.

Boeff is yet another seedling from 0234 Ross Koz, and is in the same sibling group as 1280 Milk. Pretty sure there's a cow-based joke in there somewhere.

There is supposedly a drag king who goes by "Boeff Stroganoff," but as you'd expect, even with the altered spelling,3 mostly the search engines give you recipes. The few results that do come up appear to be typos, or links back to PATSP, which makes me think that possibly someone just thought it was a neat name, and threw it on a list.

1437 Darah Landon fares a little better, though it's not an especially promising seedling either. Though initially okay, 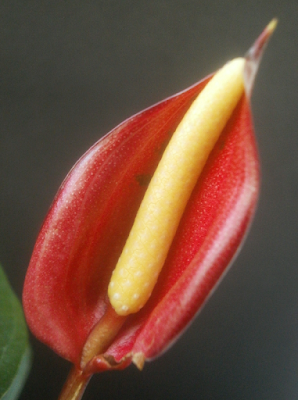 the spathe flipped back after a few days. The best thing about Darah is that her foliage is almost perfect: there's a bit of thrips damage on one of the older leaves, but the more recent ones are really nice. 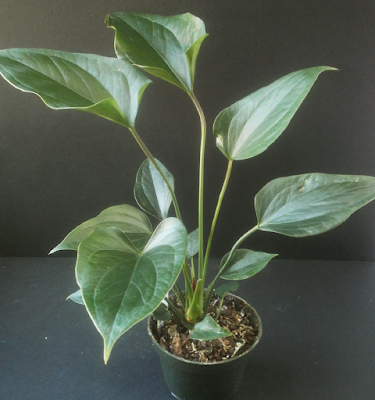 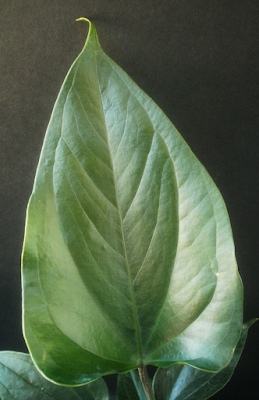 Which is enough to buy her some time also. We'll see what she does with it.

Darah's seed parent is 0245 Sawyer Ad; so far she's the only seedling to bloom in her particular seedling group.

The real Darah Landon is from Columbus, Ohio, and there's a little bit about her here but not very much. There are at least a couple videos on YouTube of performances, but they have the usual crappy audio, so I don't necessarily recommend them. Just letting you know they're out there to be found if you want to look.


1 The one color-related thing that the Canon does do better than the Olympus is, it handles purples much better. It's so much worse on the greens, though, that on balance it's still bad. It's also three times the cost of the Olympus. So fuck the purples.
2 Or maybe I'm just fooling myself, it's Xanthomonas, and eventually all of the seedlings will have to be destroyed and all my effort will be for naught.
3 (The dish is either Beef or Boeuf Stroganoff.)
Posted by mr_subjunctive at 3:00 AM 0 comments