Still waiting to find out for sure whether I can say anything about the secret project. Also, since the last post, some stuff has happened with my family that is maybe going to complicate blogging for a while. So it's kind of starting to look like the 2017-18 Schlumbergera seedlings and Schlummies may not happen on-time, or possibly at all. About which I have mixed feelings.

For now, though, we can still get one seedling closer to being done, so let's get to that.

Seedling 369 is notable for being the first seedling from the NOID yellow to bloom. You'll probably remember that I was pretty excited about that, since it was a good opportunity to get some new colors and color combinations from the seedlings. 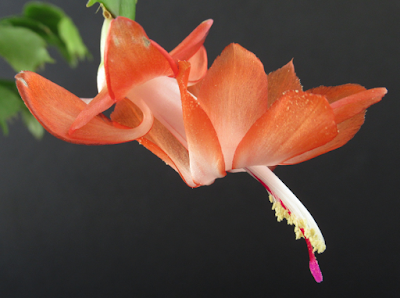 Guess that didn't happen. (Don't worry; it does happen eventually. You'll see one of them if I manage to get another six Schlumbergera posts written.)

Je Me Souviens is the official motto of the Canadian province of Quebec. Wikipedia says the literal meaning is "I remember," and that a less literal translation is "We do not forget, and will never forget, our ancient lineage, traditions and memories of all the past," which is a lot of meaning for three words but apparently there's some historical significance. The meaning for me has nothing to do with Quebec; it's another one of those names that refer to a particular person from my life.

Mary Jayne Gold was a wealthy American heiress who helped to smuggle refugees from Nazi-occupied France in 1940 and 1941, at least partly by funding the smuggling but Wikipedia is kind of vague on what she was doing. Her contribution would be notable regardless, but it happens that a lot of the people she helped leave the country were prominent in one field or another: the two I'd heard of personally were artist Marc Chagall and writer Hannah Arendt. Most of the results for her name are obituaries (Gold died in 1997), but there's a somewhat more detailed article here.

The "joke" for Punch Line is that 369 is the first seedling of the NOID yellow to bloom; the punch line is that it is also orange, like the majority of the other seedlings.

Sodium Vapor is a reference to the color; sodium-vapor lights are the yellowish lights mainly used outdoors for things like streetlights; this isn't quite that color, but maybe it works anyway? 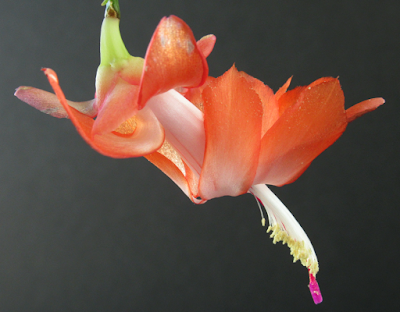 So, of the four name options, the first I'll let go is Sodium Vapor, on the grounds that there will probably be more color-appropriate seedlings someday. And Je Me Souviens is complicated by the fact that the person I associate with it is kind of a problem for me lately (they weren't as much of a problem when the name went on the list), and maybe I don't actually want to remember them with a seedling. At least not right now.

Which leaves Mary Jayne Gold and Punch Line, and although Gold's story is important and worth remembering, there are two things that make me prefer Punch Line instead: one, Gold's own name implies a yellower seedling, and two, lots of orangish/yellowish seedlings could be named Mary Jayne Gold, but there's only going to be one seedling for which Punch Line makes sense in the way I'm imagining it making sense here. Therefore 369A Punch Line. I think.