I may not be back back, but we're getting closer to resuming routine blogging, and closer to the big reveal of what the super secret project was.1 It may take me a while to ramp back up to normal posting, but for the moment there's a Schlumbergera seedling to name, so let's start with that and see how it goes. 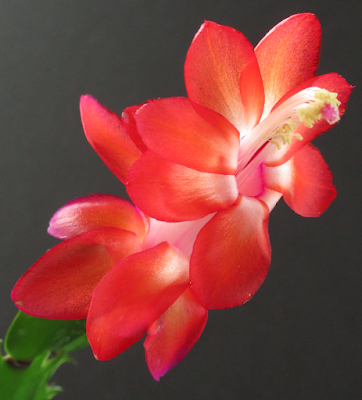 For reasons I no longer quite remember, I was pretty impressed with seedling 414 when it bloomed last fall. It seemed somehow a little aggressive and loud, partly for the color, and partly because the first bloom started out with kind of an odd shape: 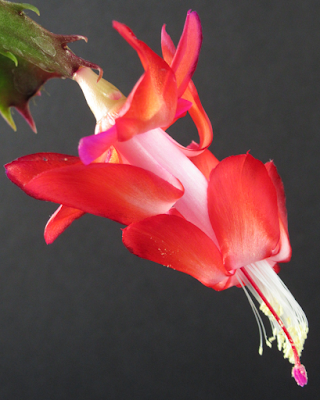 I mean, maybe you don't see it now; I'm not sure I see it now, in the photos. But in any case, the name options reflect those feelings. And they are: Devil Take The Hindmost, Mariya Oktyabrskaya, Orenda, and What About My Needs.

Devil Take The Hindmost is new, but the idea is not; it's basically a rewording of Outrun The Bear, which I considered and rejected for seedling 020A Feet Of Clay.

Mariya Oktyabrskaya was a Soviet woman with kind of a complicated backstory. The gist is that the Germans killed her husband in a battle near Kiev, and when she found out he was dead, she sold everything she owned and sent the money to the Soviet leaders, earmarked for the purchase of a tank, and requested to be the tank's driver. They said yes, she got the tank, taught herself how to operate it, painted "Боевая подруга" ("Fighting Girlfriend") on its side, and then kicked all kinds of German ass from October 1943 to January 1944, when she jumped out of the tank to repair it in the middle of a battle and was rendered unconscious by a nearby artillery hit. She was rescued and taken to a hospital, but remained in a coma until she died in March 1944. More detailed versions of Oktyabrskaya's story are available at badassoftheweek.com, rejectedprincesses.com, and Wikipedia, and are worth your time. 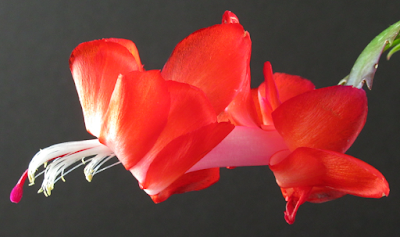 Orenda is another one of those "untranslatable" words that websites are so fond of making lists of (in fact, I found it at the same BBC page as Iktsuarpok); the claim is that the word comes from the Wyandot people and means "the power of the human will to change the world in the face of powerful forces such as fate."

What About My Needs isn't really a reference to anything in particular; it's just one of those things people say sometimes. For some reason it seemed appropriate for this seedling. 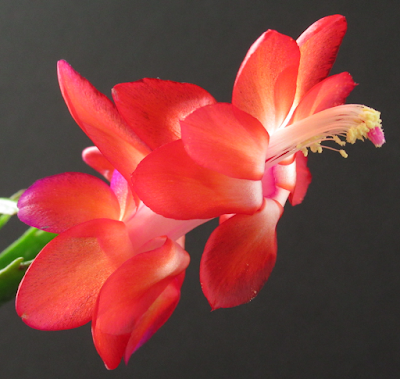 So. I no longer remember the reasons for putting What About My Needs on the finalists list, and it's not seeming particularly appropriate, compared to the other three names, so we can drop it. And as much as I love the story of Mariya Oktyabrskaya, that's a hell of a name to ask people to type and spell and pronounce. I mean, I can do it, but then I took four semesters of Russian in college and got used to the way it looks and sounds. It seems unfair to throw at anyone without the background.2

Which leaves Devil Take The Hindmost and Orenda, and I think the latter wins based on ease of typing alone, never mind that I also like the sentiment behind it better. So 414A Orenda it is. 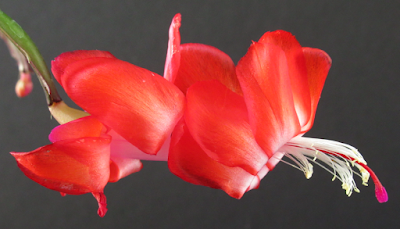 
1 At which point you will think to yourself, why on earth was that a secret?, and probably also how did it take him two whole months to do that? That's like, an afternoon's work, max.
2 I did consider "translating" it to Mary October, but that feels weird too. I mean, that wasn't her name, and she's not a story, she's a person. It felt disrespectful. So that wasn't a very satisfying compromise.
Posted by mr_subjunctive at 3:00 AM 0 comments