Still dealing with the secret project. It's not going well. I'm beginning to suspect that I'm not actually going to get all the seedlings from this year named before next year's seedlings begin to bloom. 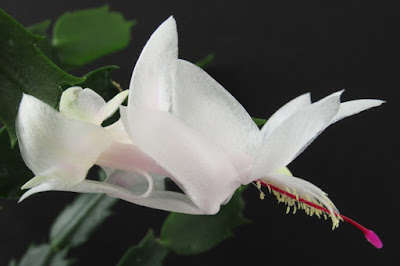 Khutulun is really interesting. She was the great-great-granddaughter of Genghis Khan, the youngest of fifteen children (and the only girl) born to Kaidu Khan. She was a legendary warrior, archer, and wrestler, and was in fact so good at wrestling that although her father wanted to marry her off, she got him to agree to the condition that she would only marry a man who could defeat her in wrestling.2 To make things more fun for her, and (I'm guessing) to limit the amount of time she had to spend every day on wrestling, she got her suitors to agree to the additional condition that they had to bet either ten or a hundred horses if they challenged her.3 The chance to marry into the Khan family was very tempting, and so men came from all over the place to try -- and she wound up with a pasture containing 10,000 horses.4

Oh, and she's especially appropriate for a white seedling because her name apparently means either "bright moon" or "all white" in whatever language Kaidu Khan spoke at the time.5

I think Magician's Dove is pretty self-explanatory. It was previously considered for 119A There Would Be Peace, and rejected on the grounds that it wasn't quite me enough.

And then Serenity Prayer is the familiar prayer originally written by American theologian Reinhold Niebuhr:

Though it's mutated some in the years since, as different people adapt and rephrase it for their own purposes. It's become especially associated with 12-step programs, to the point that I was actually surprised to learn that it didn't originate there. 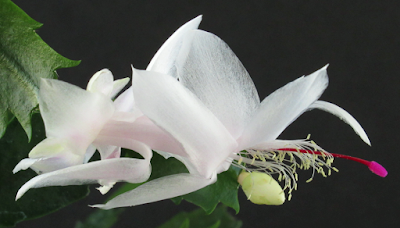 So okay. Evaluation time. I don't hate any of these, but I feel like Pegasus is a little basic. I mean, it's concrete and visual, but it could maybe stand to be narrowed down a little bit. And Serenity Prayer, while I actually like it (as both a thing existing in the world and a seedling name), seems a little . . . "inspirational." In the bad way.6

Which leaves Khutulun and Magician's Dove, and I'm pretty impressed with Khutulun the historical person, so it has to be 136A Khutulun.


1 (though there will be at least ten more white seedlings anyway, mostly bunched up together late in the season, because the universe doesn't care what I want or need)
2 Mongol wrestling in the late 1200s CE was not what we think of as wrestling now: it's basically two people fighting with few (or no?) rules until one of them hits the ground, at which point the one still standing has won. Khutulun is agreeing to take on any man, of any weight, who can do basically anything he wants in order to get her to fall down.
3 Apparently sources disagree on the number per bet; most of the on-line stuff says 100 horses.
4 Which one source says is probably the equivalent of saying "a kajillion:" an uncountably large number, not an actual inventory. Verified or not, the herd of horses she amassed was said to rival that of the emperor at the time, and she remained single, though she did eventually marry, more or less by choice.
5 Chinese, probably, though there are a lot of Chinese languages, and also I'm not positive that the Mongols didn't have their own language, and I didn't bother to look it up for this. So I don't know. One of you reading this probably does.
6 Either you understand how there's a bad way to be inspirational, or you don't. If you don't, I probably can't explain it to you.
(I imagine this is mostly because of the contexts in which I've encountered the serenity prayer over the years, more than the serenity prayer itself, which seems pretty sensible and non-saccharine on its own.)
Posted by mr_subjunctive at 3:00 AM 6 comments