Guess who has a new novel out?

The review at NPR is not encouraging. It sounds like it's basically the exact same book as Hothouse Flower. Which, I know I said that I wouldn't necessarily rule out reading her next book just because I found Hothouse Flower frustrating, but I also don't feel obligated to read the same book again just because she's written it twice. I hope I'm not disappointing everyone terribly.

And the 2013 batch of orchid photos begins. 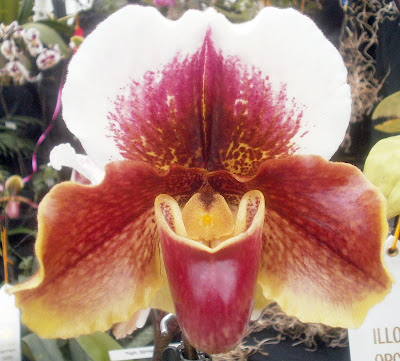 I prefer the spots, myself.

Goodness. It's been so long since I did a transmitted light post that I don't even remember how I'm supposed to do them.

Actually no, that's not true. It's only been like five months. But it'd been nine months before that. I'm definitely a little rusty. 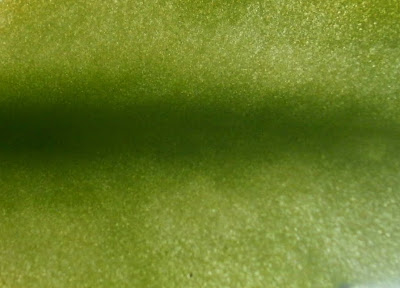 Schlumbergera truncata NOID, phylloclade. Though Schlumbergeras are not quite as abundant in the house as the Anthuriums, they've getting there. The most recent stats for the collection: 959 plants total, 198 Anthurium seedlings (21% of total), 116 Schlumbergera seedlings (12%). None of this changes the fact that they make lousy transmitted light subjects. 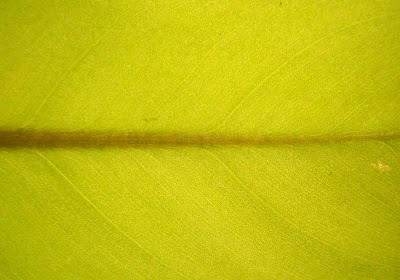 Philodendron [erubescens?] 'Golden Emerald.' I don't know what the deal is with this one; it never seems to photograph as bright and saturated as it actually is. It's really much prettier than this in person. 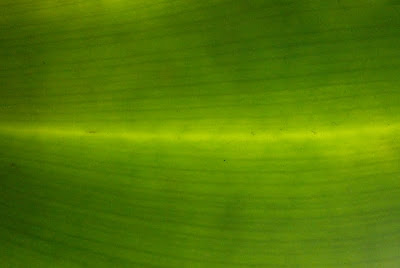 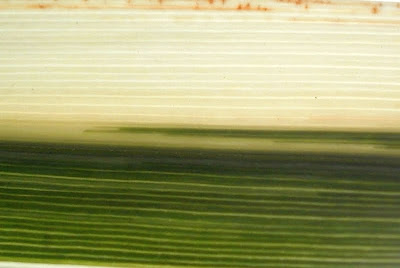 Iris ensata variegata. I have no memory of seeing a variegated Iris of any kind, anywhere. I mean, I know they exist; it's just that this photo is the only evidence I have that I've ever seen one. I didn't even take a photo of the whole plant, so there's no context for this picture. It's a weird feeling. 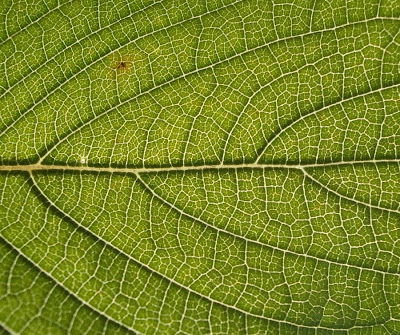 Salvia elegans. On Sunday, I semi-accidentally wound up looking at some of the pictures of the Salvia elegans we planted in the yard a couple years ago, when it was huge and in full bloom, and: I'm afraid we're just going to have to do that again. Even though I no longer seem to be capable of overwintering them. (Probably the basement is too warm now, what with all the lights.) 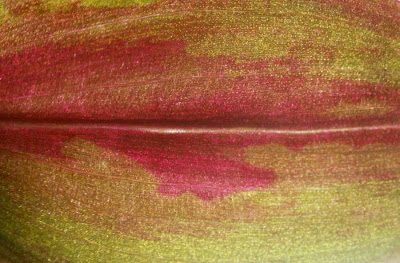 Tradescantia zebrina. I didn't actually intend for this to wind up next to the Callisia, but it's an interesting comparison, since they have a nearly identical growth habit. 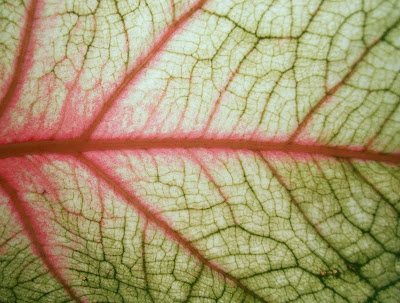 Caladium NOID. Not one of my best Caladium pictures, but with Caladiums, even a bad picture is still okay. 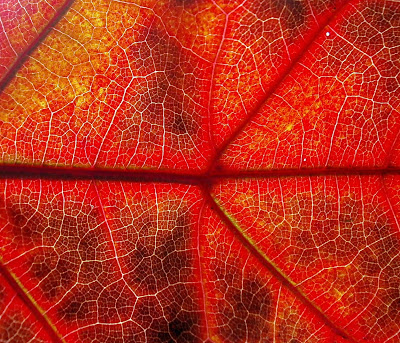 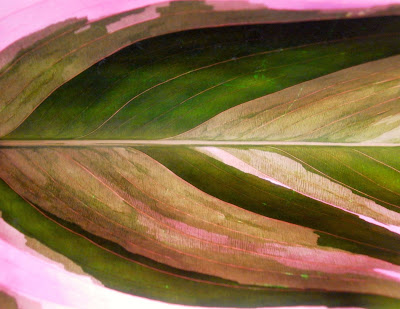 Stromanthe sanguinea 'Triostar.'
Posted by mr_subjunctive at 3:00 AM 4 comments

I did not know that Rhipsalis baccifera berries were purple, until a couple weeks ago when I saw these at the ex-job. 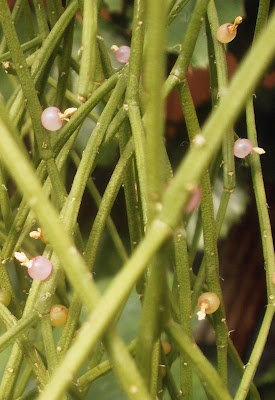 I was surprised, because the berries on my NOID Rhipsalis,1 as well as the berries on Pseudorhipsalis ramulosa, are both white. (P. ramulosa is apparently less closely related to the genus Rhipsalis than it looks, but I didn't know that until very recently either.) That's not that much to go on, but it seemed reasonable to think that the other Rhipsalis species probably also had white berries. Live and learn. Apparently some of them have black berries, even.

These are the flowers: 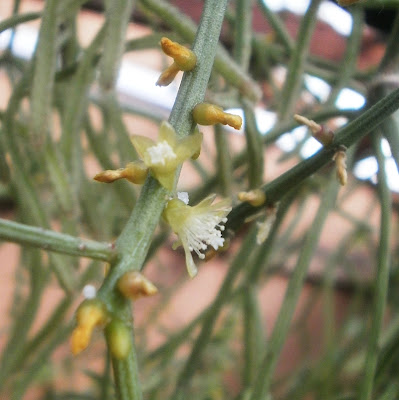 Not dramatic and flashy, obviously, but apparently they get the job done.

Here's a wider view, to give you some perspective on the size: 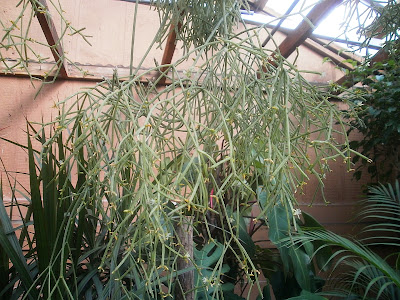 In other news: I may have an announcement of sorts relatively soon, but 1) it's not what you're thinking so don't go getting all excited,2 and 2) I didn't want to make any announcements on April Fool's Day, for what I would hope would be obvious reasons. So let's say sometime in the next week.


1 An Exotic Angel plant, so the ID is kind of inherently questionable. According to their website, it's Rhipsalis micrantha, but the pictures of R. micrantha that show up in search engines don't look much like my plant. The pictures do look like the photo on the EA website, but that could just mean that EA misidentified it, something they're extremely prone to do, when they bother to identify things at all.
Having said that: it's not like I can come up with any Rhipsalis species that look like what I've got at all. The only photos I could find that looked like my plant were either on the EA website itself, or plants that looked like they were probably EA plants before purchase. So I'm content to just call it a NOID.
2 (or somber: it's not that announcement either)
Posted by mr_subjunctive at 3:00 AM 3 comments