So I still don't know what's going on with Sheba's bald patch, and there hasn't been a good time to take her to the vet, but we're tentatively hoping to get her there at some point early next week, after all the plants have been mailed out and things have calmed down a bit here. It appears to be resolving itself slightly anyway, but 1) not completely, and 2) she needs her nails trimmed too, so it's not really out of our way. It's just a matter of finding a good time to go in the first place. 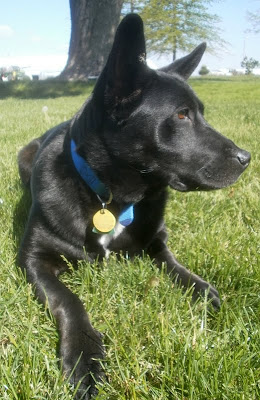 OMG It's Not an Orchid: Epiphyllum 'Tequila Sunrise'

I got a piece of this plant via trade earlier this week, and the original owner sent me a photo of the flower I might see, one day, if the plant really likes me and I treat it well: 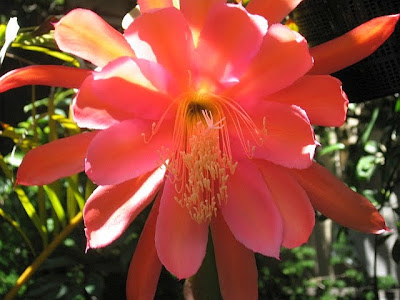 Dunno how likely this is to happen indoors, of course. But how could I not try?

1) dig up every Canna in the bed, but
2) not eat them, nor
3) the lettuce and spinach that's planted a few inches in front of them?

We've only ever actually seen cats, dogs, squirrels, and rabbits around here, though obviously it could be something else.

I don't have pictures because the husband waited to tell me about it until after he'd already re-planted all of them.

Posted by mr_subjunctive at 12:25 PM 8 comments

Three more plants have been added to the officially-available list. They are the Anthurium mongrels, the "speckled" Philodendron hederaceum, and the Stapelia gigantea, and are priced at $3, $3, and $5, respectively. 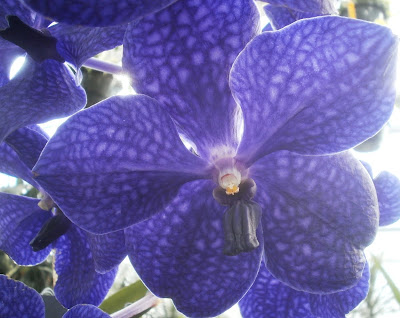 The tag just said "VANDA." It's not wrong, technically, and it's not completely unidentified, so I can't really count it along with the other errors and missing tags, yet it's hard not to feel that there's something missing, informationally speaking.

It looks more or less exactly like V. Pakchong Blue, which we've seen twice before at the show, (2010) (2011) and which I suspect has been the same specimen both years, so I'm just going to assume that this is the same specimen, back for a third year, because why not.

I realized, the other day, that I was about to run out of 3" pots for the Anthurium seedlings. (64 of them presently; there are at least that many more coming up after them, and probably twice that number.) So, when a trip to the Post Office turned into an unplanned trip to Iowa City on Monday, we stopped at the ex-job so I could buy 128 3-inch pots for Anthurium seedlings. Which is neither here nor there, but I mention it as a way of explaining why I was in town and saw this: 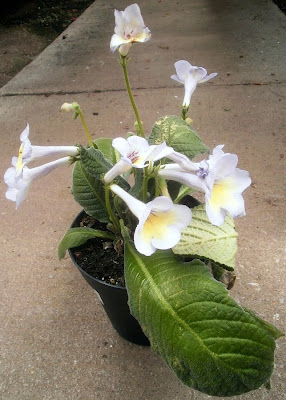 I know some of you have seen similar plants before, but this was my first Streptocarpus with a yellow throat, and I was impressed. Sadly, the best angle for getting pictures of the flowers was not the best angle for photographing the plant as a whole. 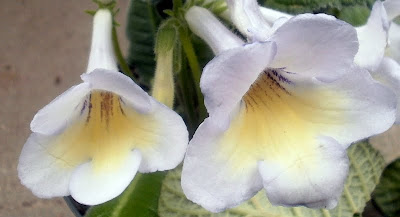 . . . On the other hand, the outdoor-gardening news here is not entirely about Oenothera seedlings. (However much it may feel that way at times.) Some of the news is even good.

The husband and I have actually made garden-related plans, this year. As in, we chose a certain number of plants to grow, and then planted them. Whether this is going to work out for us is still unclear, but it seems like it has to be a step in the right direction. I've heard about people doing this before. If other people have done it, it's probably how you're supposed to do it. (Right?)

So now we have a raised bed along the fence on the north side of our yard, with a row of Cannas planted next to the fence, Irises on the west end, and strawberries on the east. In the middle section there is lettuce and spinach, which I'm not actually sure about this, because I have very little sense of how they work, and because we started them as plugs instead of direct-sowing in the ground like the package says because the husband insists on using landscaping fabric in the garden even though I told him we should just direct-sow like the package said.1

But I'd said there was good news, and the above is neither. The good news is that the Irises are blooming! 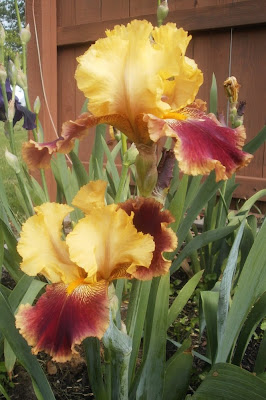 Iris 'Shelley Elizabeth.'
I got them in 2010 from Ginny Burton, where they spent their first year buried under Salvia elegans bushes. The second year went better -- I even got one bud -- but then it was separated from the plant under mysterious circumstances, and none of the plants attempted a second bud.

But this year, finally, they're actually blooming, and it's great. 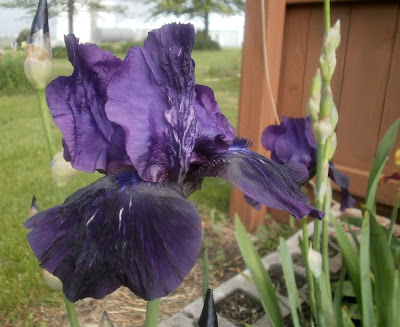 Iris NOID.
Naturally, now I want more of them,2 though I think these two complement one another so well that if I do start looking around for more Irises, it'll be to plant in a separate area, not to combine with these two. 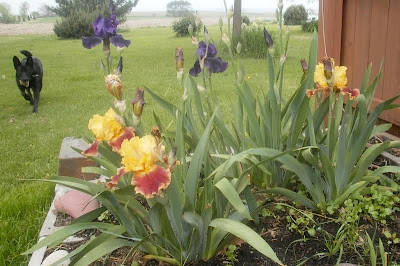 Both of them together, plus Sheba and cilantro seedlings as a bonus. Also weeds, but you'll ignore those for me if I ask nicely, right?
-


1 Back me up here, people.
2 Which is most gardeners' standard response to most plant-related successes; I realize I'm not blazing uncharted new territories in gardening-related emotions.
Posted by mr_subjunctive at 3:00 AM 5 comments 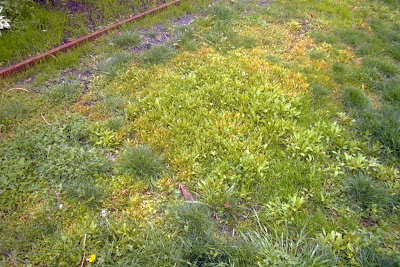 Pretty much that whole middle part, there: basically anything that doesn't look like grass or dirt. This doesn't even show all of it.
It's not all bad; they do pull up fairly easily, especially when the ground is wet. The less-pleasant part is how there are thousands of them, with tens of thousands more in the soil, waiting to germinate later. So yeah, probably a mistake. 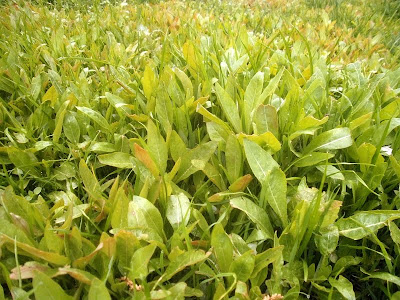 I've begun pulling them up, a few at a time, while outside in the mornings with Sheba. It's going more or less like you'd expect.

Labels: Oenothera, other, the garden 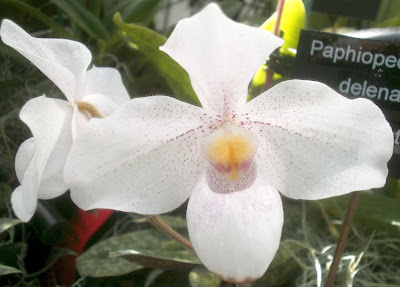 I like this one to an almost frightening degree. (Though Doctor Jack isn't bad on his own. And there's a brown spot on the very bottom of the lip, that I didn't see in person but noticed once I was home looking through the photos, which ruins it slightly.) It's weird because the flower isn't terribly exciting or colorful: this same general coloration on a Phalaenopsis wouldn't excite me at all, but put it on a slipper orchid and I'm all hello, nurse!

(I am large, I contain multitudes.)

Looking up the ancestry of Paph. Doctor Jack is left as an exercise for the reader.