Had kind of an odd week, so I didn't make much progress on the seedling names,1 but we can deal with half of the ones that are left, at least. Perhaps I can make up for the low number of seedlings by showing you more photos than usual? 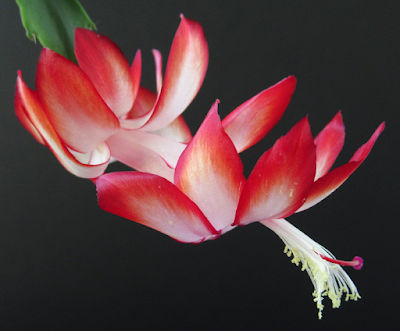 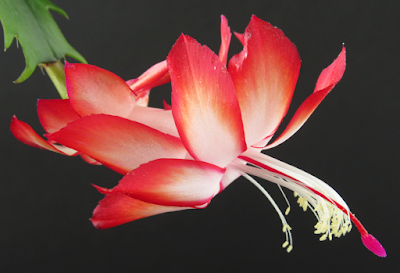 Explanation: The NOID peach's offspring have been almost entirely disappointing: many died early, the ones that didn't die have mostly not yet flowered, the few that have flowered have mostly been uninteresting. But 157A is maybe different? It flowered in the basement, which I think indicates that it really wanted to bloom,2 and it's one of the few NOID peach offspring to have a nice strong color.3 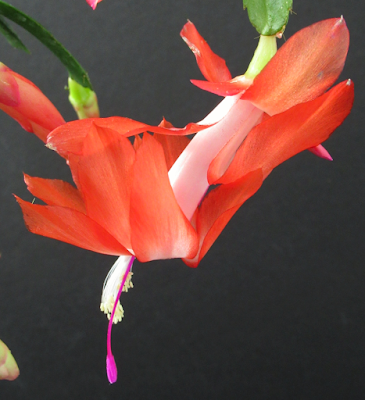 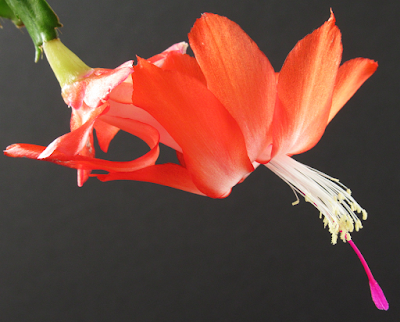 Explanation: The initial bloom did that thing where the lower petals didn't develop all the way and remain tightly pressed against the base of the flower, which I anthropomorphized into the idea that the seedling had been unprepared to flower. Subsequent blooms have looked a lot more typical.

This name also honors someone from my personal life.

Also considered: Boketto (Japanese, means something like "staring thoughtlessly into space," or "spacing out"), Forgot The Chorus, On A Galloping Horse 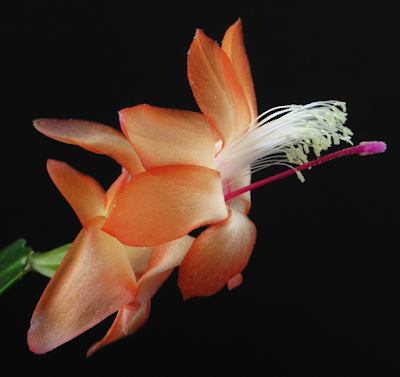 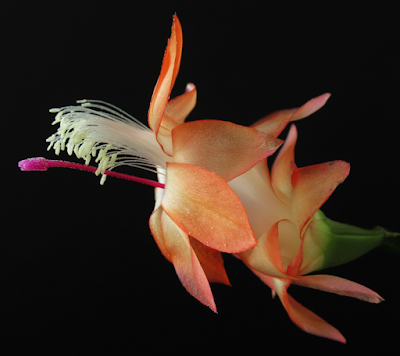 Explanation: It's an Emily Dickinson reference;4 mostly what I mean by it is that the flower didn't initially impress me (just another orange, how boring), but looking through the photos afterward, I was like, oh, actually that's a lot nicer than I'd given it credit for). I don't know whether subsequent blooms will be similarly-colored, so the name may seem less appropriate eventually. 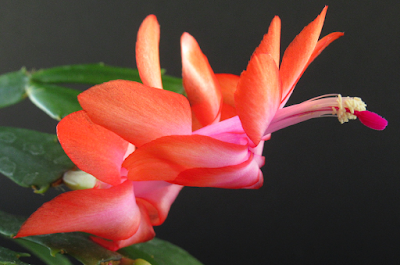 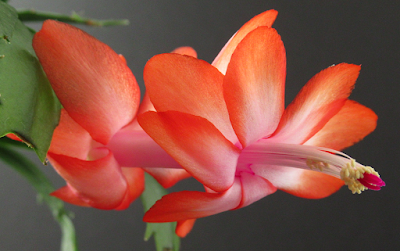 Explanation: 197A looks just like so many other seedlings that it would take me fifteen minutes just to link to all the pages of all the other seedlings it looks like. And yet it's also a really good version of that particular coloration: among other things, it's flowered abundantly in October/November 2018, and the flowers are nicely-shaped and not all thrips-eaten. I don't imagine I'm ever going to need it, given so many near-duplicates, but it's nice to know that it's there if I do. Hence the name.

Also considered: Archetypal, Film At Eleven, I Just Want To Be Normal


Only four seedlings left to name, and then I can start agonizing over the 2017-18 Schlummies.5


1 Among other things, I burned a lot of time taking photos of Schlumbergera flowers. Now up to seventeen new Schlumbergera seedlings for the 2018-19 season. And only, like, two of those seventeen are interesting at all.
2 Since conditions in the basement aren't really what Schlumbergeras want before blooming -- the day length is about right because the lights are on timers, but bud set is supposed to require cool night temperatures, and they never get that. One of the more interesting aspects of the Schlumbergera seedling project is the discovery that there can be a lot of variation in how fussy seedlings are about needing dark and cool conditions in order to set buds. I was expecting that breeding had been going on so long that all the variability would have been bred out by now.
3 The others being 143A Big Mama Thornton, 160 Composition In Red & Pink, 165A Assertive, and 167A East Of East St. Louis. All of which came from the same cross, along with a few white seedlings -- I'm still trying to figure out how a single cross of a peach/white plant could give me magenta/white, white/white, red/orange/white, and red/pink offspring.
042A Mary Tyler Moore would count, but it's died; 047A Pluto is very nice but I wouldn't call it a "strong" color. I'm also not positive that Pluto's even going to be Pluto-colored this year: I'm still waiting for it to rebloom.
4 The whole poem:

Tell all the truth but tell it slant —
Success in Circuit lies
Too bright for our infirm Delight
The Truth's superb surprise
As Lightning to the Children eased
With explanation kind
The Truth must dazzle gradually
Or every man be blind —
5 Which aren't necessary -- strictly speaking, none of this is necessary -- but the Schlummies, like these naming posts, do serve a useful purpose. The naming posts give me a chance to focus specifically on what each seedling did well or badly, as well as providing a way to remember which one is which; the Schlummies are a chance to choose a small group of each year's seedlings to focus on when I'm deciding which ones to propagate. Without setting aside some time to choose some winners and losers at the end of each season, those decisions would be too overwhelming to make.