This one might be something of a trap, name-wise: the photo is in fact pretty accurate on the color of the flower, but previous seedlings that started out unusually light in color, or pinkish-orange, often do something different when they bloom again. 061A Leather Fairy got a lot more ordinary looking in its second year;1 074B Crone Island has been so inconsistent that I don't know what color it "actually" is, as I noted last year. (And it hasn't bloomed even once for me this year.) I'd figured I'd be able to tell what was going on with 047A once I got a second bloom, but of course this is another seedling that's only produced one flower. 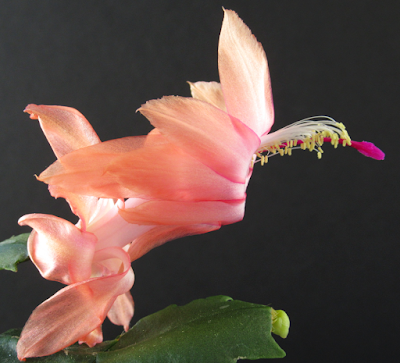 I'm not sure where Cantaloupe Candy came from as an idea -- it was possibly a random word combination that caught my attention? -- but it's gotten me curious as to why cantaloupe-flavored candy isn't a thing. An online search turned up lots of possible sources for buying artificial cantaloupe flavoring, so clearly the technology exists; watermelon-flavored candies are already easy to find, so it's not like people have a problem with melon flavors specifically; it doesn't have a color that would be easily confused with a more common candy flavor, and it isn't especially obscure. I mean, most people in North America have probably had cantaloupe before. Jelly Belly does sell cantaloupe-flavored jellybeans, but then they go out of their way to cover unusual flavors.2

Not that cantaloupe is one of my favorite foods or anything (not a fan of melons in general, actually, and everybody knows honeydew tastes like disappointment), but artificial flavors don't have to taste that much like the actual foods anyway: it could still be good as a candy. Just saying.

Gillian Anderson is the actor from The X-Files, The Fall, Hannibal, and other stuff. I liked her before, but The Fall is what turned me into a fan.3 There are the usual concerns about living people being secretly horrible in a way that will forever taint anything associated with them, of course. I feel like Anderson's probably pretty safe, but it's something to bear in mind. I don't know why this color makes me think of Gillian Anderson anyway. 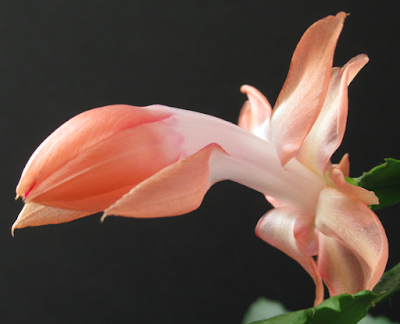 One of my favorite things about the New Horizons NASA mission to Pluto was that it revealed that the planet Pluto4 is pale orange. It's not quite the same color as this flower (planet: more brown; flower: more pink), but I'm not likely to get any closer than this, so why not roll with it? Everybody loves Pluto, right?

And then Soft Light, which previously rejected for 239A Plow The Seashore and 034A Wahine. It's kinda vague, and maybe not incredibly interesting, but that could be an advantage, if we're trying to pick a name that will work regardless of what subsequent blooms look like. 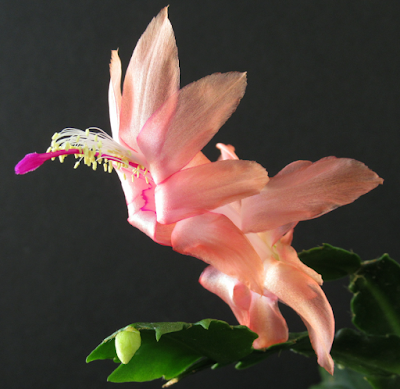 This is another case where all the options seem to be fairly well-balanced against each other, so there's no obvious one to choose. Something that's worked for me in the past sometimes is to imagine choosing each one in turn as the final name, and then noticing how disappointed or dissatisfied I feel. If I do that, then the choice is between Gillian Anderson and Pluto, and I'm just worried enough about Gillian Anderson becoming horrible in the future that I think the name kind of has to be 047A Pluto. Which I can live with.

FYI: future posts are likely to slow down a little bit for the next few weeks, due to a plant-related project you may or may not hear about someday.


1 (It was still pretty! It just wasn't unique or special anymore.)
2 Apparently Jelly Belly no longer makes them, but when I was a kid, I enjoyed their jalapeno flavored jellybeans. Presently the website offers flavors like plum, maple syrup, champagne, tabasco, pomegranate, draft beer, margarita, birthday cake, and chili mango, some of which sound like genius ideas and some of which . . . do not.
(I've had the margarita and pomegranate before. Kinda meh on margarita, but pomegranate is nice.)
Oh, and hey, Jelly Belly, if you're reading this, could I suggest cloves? There's some brand of jellybeans around here that does "spicy" mixes (peppermint, spearmint, cloves, licorice, cinnamon, maybe one other one?) at certain times of the year, and the clove ones are awesome.
3 Not an easy watch, and it would be a stretch to say that I "enjoyed" it. But Anderson is so, so good in it.
4 "Dwarf planet" is still a planet. Just a dwarf one. I don't have a problem with kicking Pluto out of the club of official planet planets, but I prefer to think of the redefinition as expanding the idea of "planet" by adding the 5 officially-recognized dwarfs (Pluto, Eris, Ceres, Makemake, and Haumea), rather than contracting it by removing Pluto.
Posted by mr_subjunctive at 3:00 AM 2 comments