At long last, about six months too late, we have the 2017-18 Schlummies. This post will cover the awards for seedlings that bloomed in previous years, and then the next post will deal with 2017-18's seedlings. Sound good?1


Most Improved Returning Seedling (2014-15 Season)
"Most Improved" has turned out to be a rougher category than I initially anticipated; I'm never sure whether to choose seedlings that used to be meh and improved to become awesome, or seedlings that used to be crappy and have improved to become mediocre. I think mostly I've gone the latter route, historically, but it's always tough to decide.

This year's winner, 024A Safety Vest, has never been amazing, but it was a serviceable orange / white when it first bloomed, and then it kind of disappeared for a couple years. (024B Bryce Canyon is a much larger and more floriferous plant.) So this year, Safety Vest was back again, hence the award. It's still not as big as Bryce Canyon, and probably never will be, but that's okay. 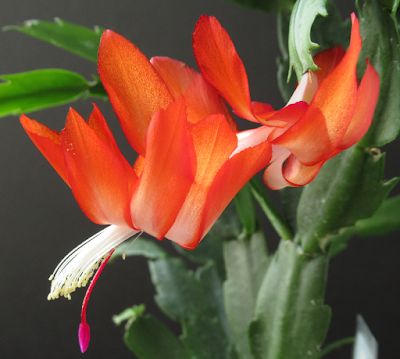 078A Art Party
The other nominees were all seedlings which have always bloomed at least a little, but went particularly nuts this year; the only one I can explain is 078A Art Party: I turned one of the flats around, so the plant got much better light this year than it had previously.


Best Overall Returning Seedling (2014-15 Season)
The first three nominees are always stunning, though 021B Birthday Dinner and 025A Clownfish both have unfair advantages: Clownfish is in a 6-inch pot, and both of them have unusually good permanent locations. But this year the one that really impressed me was 057A Pyrotechnic / Oxomoco, less for its color2 than for producing a lot of blooms, over a fairly long period, last fall. I suspect it's commercially more valuable to have a plant that produces a huge number of blooms and then is finished for a few months, than it is for a plant to bloom more moderately over a longer period, but I personally prefer the latter. 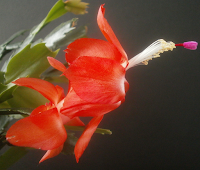 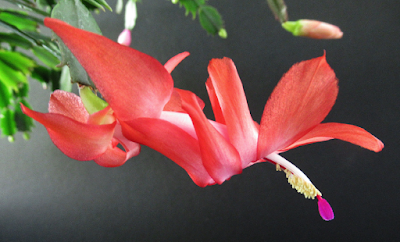 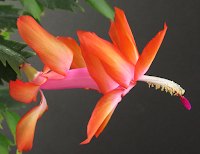 Most Improved Returning Seedling (2015-16 Season)
Not a lot to say here; 013A Tantalus and 107A Nova Prospekt both got big enough to produce a lot more blooms than last year, which is nice, and 079B Haleakala had impressive duration and color. (It may have even been more impressive than its potmate, and three-time Schlummie winner, 079A Yayoi Kusama.) But 093A Flamingo Burlesque gets the win for having many, many, many more blooms than last year, and blooming before the thrips had a chance to build up their numbers, so the flowers produced were mostly clean and unscarred. 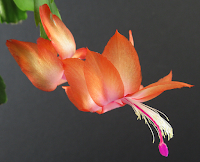 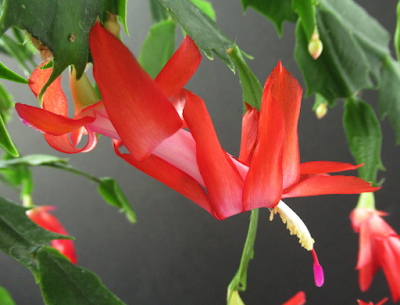 Best Overall Returning Seedling (2015-16 Season)
Oh. Make that four-time Schlummie winner 079A Yayoi Kusama, I guess. Nice color, blooms reliably over a long period, not overly bothered by thrips, and so forth. Even if it wasn't as magnificent this year, compared to 079B Haleakala, it's still a very, very good seedling. 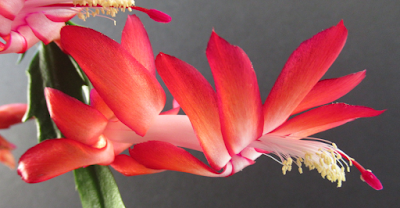 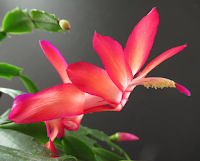 Most Improved Returning Seedling (2016-17 Season)
This was probably the toughest category for this post, since there was a lot of dramatic improvement among last year's seedlings. 120A Barbara Jordan bloomed spectacularly in late January 2018, and then again for most of September and October. 080A Nichelle Nichols was a bit dissheveled last year, but produced a few really nicely-shaped flowers this year. 202A Joan Didion no longer has the distinctive shape of her first blooms, but has made up for it by producing a lot of normal-shaped ones. 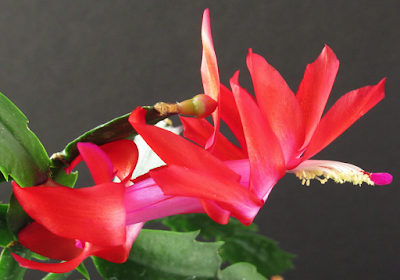 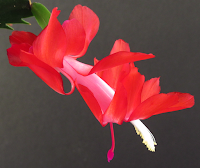 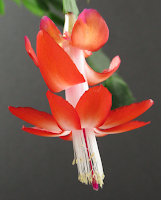 202A Joan Didion
271A Not Here To Make Friends has retained its unusual shape, as well as being incredibly floriferous and having the rounded stem segments of its buckleyi parent. (I actually very badly wanted to give Not Here To Make Friends an award, because it was all-around very impressive, to the point that I considered inventing an award for it, but gave up when I couldn't figure out what to call the new award.) But 077B Bad Reputation wins this year, because it produced a lot of blooms and has possibly out-competed the two other seedlings in its pot, 077A Grendel and 077C Flickering (Grendel had previously been the main seedling in the pot.). I hadn't expected much from Bad Reputation, so it was a surprise to see it doing so well this year. 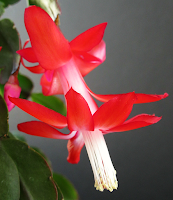 271A Not Here To Make Friends

Best Overall Returning Seedling (2016-17 Season)
Again, the temptation to give the win to 271A Not Here To Make Friends was very strong, but I have to give the Schlummie to 070A Delia Webster instead. Great color, and a truly absurd number of blooms. This award wasn't even really even a contest. 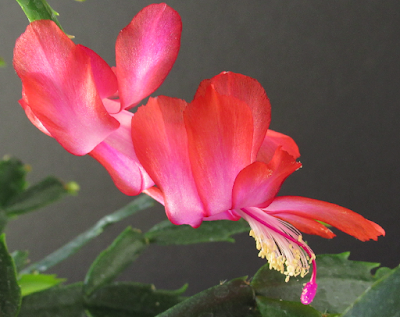 271A Not Here To Make Friends

283A Migaloo
I'm kind of short on time lately, so the post for new seedlings will probably not happen until around 12 December. And please note that I'm not promising 12 December.


1 Hope so, 'cause the post is already written.
2 A difficult to pin down pink-orange / pink. There's nothing wrong with that, it's just more subtle than a lot of the seedlings.
Posted by mr_subjunctive at 3:00 AM 2 comments