Seedling 080A is redder than the usual Schlumbergera seedling, and its petals are a little more disheveled-seeming. It also produced more flowers than a lot of this year's first-time bloomers, though that might just be because it lucked into a good location. 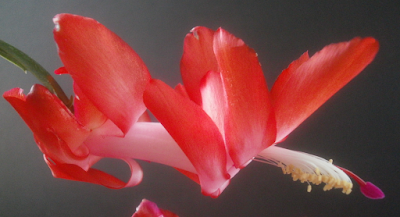 The name finalists: Four-Alarm Fire, I Think She Likes Me, Nichelle Nichols, and Overblown. 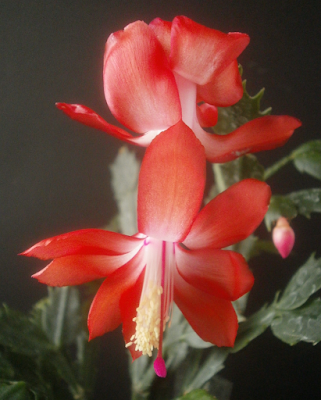 Four-Alarm Fires are just big and difficult-to-contain fires; though there is a common misperception that the number of alarms equals the number of firehouses dispatched to fight the fire, Wikipedia says that it's actually the number of times units get called to fight the fire: the first dispatch is usually the largest, and then if the first group is unable to contain the fire, a second alarm is sounded to send additional units. A four-alarm fire would then have units called to fight it four times, which may be all from the same firehouse, or from different firehouses. 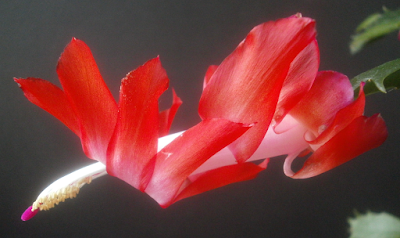 I Think She Likes Me is a song title: I was thinking of the Treat Her Right song when I put it on the list, but there turn out to be several songs by that name (or something close to it).1 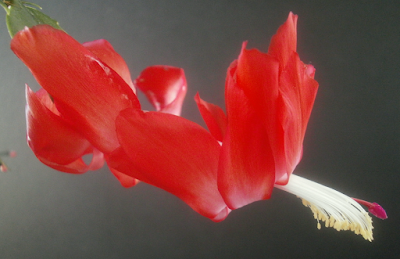 I shouldn't have to tell you who Nichelle Nichols is.

Overblown can mean a lot of different things depending on context (exaggerated, overdone, excessive, bombastic), including one I didn't find out about until I started writing this post (specifically for flowers, it can mean past its prime). Whoops. 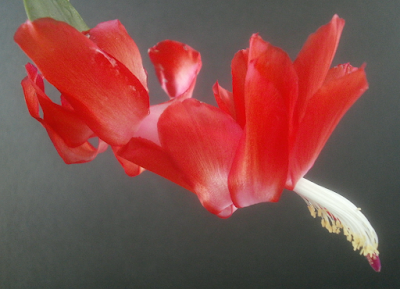 So I can drop Overblown, obviously. And although it's sort of interesting to find out what a four-alarm fire actually is, it's not really that amazing of a seedling name. 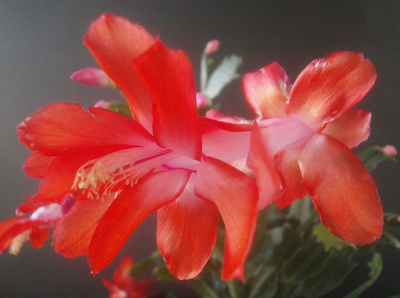 And given the choice between I Think She Likes Me and Nichelle Nichols . . . I mean, come on. How is that even a question? Like, I don't think I even need to explain this, but if I do: 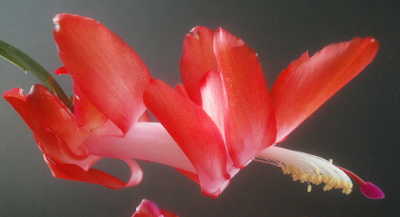 So there we are. 080A Nichelle Nichols.