Oof. Where to begin?

I'm not saying I'm back yet, because I don't think I'm quite up to that, but it's been almost a month now and I figured I should check in. What happened was: camera died, and then I spent about two months trying to get a suitable replacement, which took enough time and energy that I was constantly feeling like things were never going to get back to normal. And then the non-routine doctor's appointment I alluded to on 6 November was a consultation about an inguinal hernia, which meant that the first half of December was about trying to get things done in advance so that I could spend the second half of December recovering from inguinal hernia surgery.

As far as I understand these things, the surgery went the way it was supposed to. My life is now about 80% back to normal, the main differences being that I still can't work out at all, and I still have more pain than I was expecting to have at this point, though I no longer need to take acetaminophen to cope with it so maybe it's not as much pain as it seems. Walking around is fine, and watering plants works out okay except for the very heaviest plants, in which case the husband does the lifting.

So. Not back to normal posting, which is a shame because now we're up to a truly staggering number of unblogged seedlings1 and getting further behind every day, but since you're here, and since I'm here, we may as well take a look at a couple plants, right? 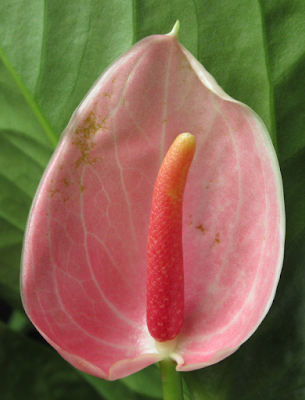 0818 Miss P is one of only two surviving seedlings from the NOID pink,2 and looks exactly like it. Same bloom color, and very similar foliage -- the NOID pink's leaves were similarly broad and flat, with a texture in between matte and glossy. 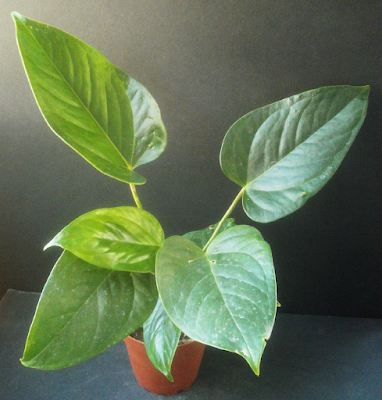 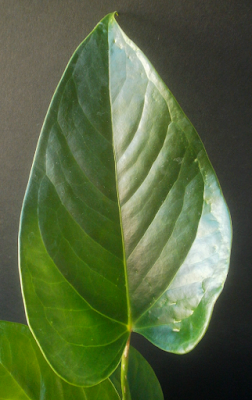 The leaves are fairly unbothered by thrips, as well, though the spathes have more trouble. Here's the first bloom the seedling produced: 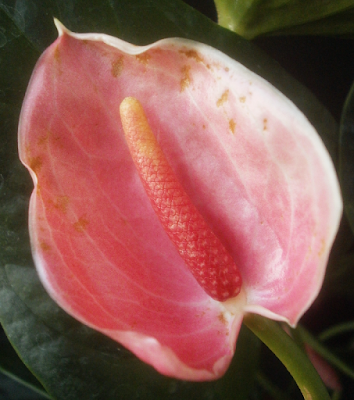 Something that's not apparent from the photos, because they're pretty old, is that the seedling is a strong offsetter: it's much fuller-looking now than you'd think possible from the whole-plant photo above, even though that photo is only four months old. And there have been at least three, maybe four, full blooms since September as well, though none of them have been what you'd call pretty, because of thrips damage.

Miss P isn't really doing anything all that special; I like the foliage, bloom rate, and the habit (so far), but I don't really need another pink/pink. So probably not a keeper in the long-term, though I have no immediate plans to discard her.

Pretty sure there's an actual queen performing as "Miss P," but I declined to take the time to look her up.

1541 Miss Bounce is roughly equal in quality, but for more or less opposite reasons. Where Miss P has a boring color,3 Miss Bounce is an unusual light orange: 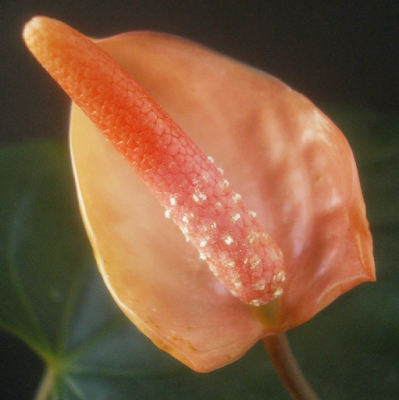 Miss P blooms a lot; Miss Bounce has only produced one bloom so far. Miss P produces leaves which are broader than average, with rounded lobes; Miss Bounce's leaves are narrow, and pointier. 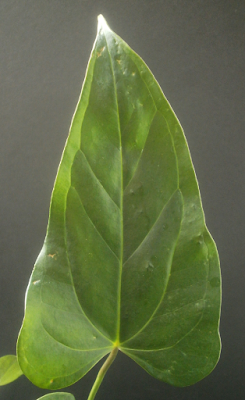 Miss P offsets a lot; Miss Bounce has produced only one sucker, and it's not very big yet. 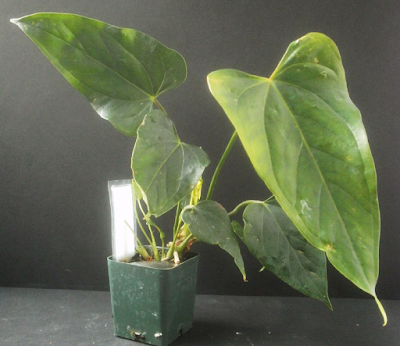 Miss P is all but indistinguishable from her seed parent, while you couldn't guess Miss Bounce's seed parent from looking at her. (It's the NOID red.4)

Miss Bounce has a big family, with 15 siblings from the FK sibling group; only two of her siblings have bloomed, though, and only one bears any family resemblance (1546 Gia GiaVanni; the other one to bloom is the dark red / yellow 1547 Shavonna Brooks).

I'm more interested in keeping Miss Bounce around, for the interesting color if nothing else, though I'd be more certain about keeping her if she would rebloom. 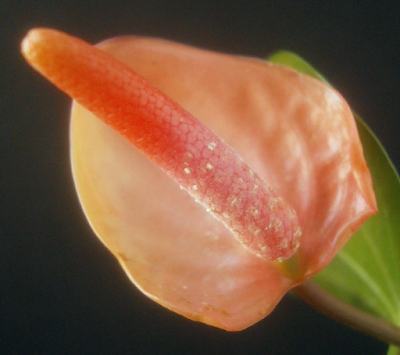 There will be new posts, but I make no promises about when. Probably in less than a month, though.


1 (39 Anthuriums and 29 Schlumbergeras, as of Sunday morning)
2 The other is 0596 Alisa Summers, who has looked better, but is still with us. Alisa's main trouble is a lack of compactness: the stems have gotten really long, and are constantly threatening to tip the pot over or cause other mayhem.
3 Not that there's anything inherently boring about pink; it's just that pink/pink and red/yellow are the two most common color combinations from the seedlings, so I'm tired of them.
4 The foliage is a bit similar to the NOID red, in that it tended to have longer, pointier leaves than most, but the NOID red's leaves were also usually darker and glossier. And the NOID red's inflorescence is nothing like Miss Bounce's: hers is both a different color and much smaller.
Posted by mr_subjunctive at 3:00 AM 2 comments