I'm happy about this one, though I'm not sure whether it's actually doing anything new. The one bloom it's produced to date is similar to some of the other red/pink seedlings (e.g. 099B Karma Cobra or 103B Must Be Love). The seed parent is the NOID magenta, which makes me wonder whether the original batch of 114 seedlings from 'Caribbean Dancer' might have had multiple pollen parents: it wouldn't surprise me that much to learn that I'd tried to rub pollen from the NOID peach and NOID magenta on a flower from 'Caribbean Dancer.' 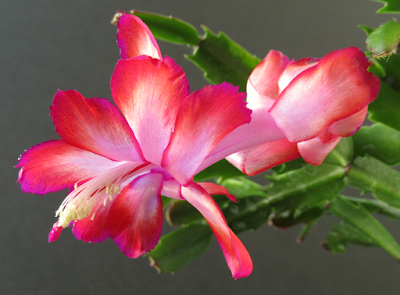 Even so, it's lovely, and considering that the seedling was less than two years old when it bloomed this December (sow date 23 April 2016; first bloom 8 December 2017), I expect it will produce a lot more flowers this fall.

Also: yes, it's been a while since the last post; yes, this is partly because of the secret project (which is going well); no, I'm not likely to begin posting regularly again anytime soon (because the project is not yet finished).

Our name finalists: Eat Your Heart Out, Epicenter, Franceska Mann, Love Is All Around.

Eat Your Heart Out and Epicenter are both glancing references to the coloration: especially as the flower was first opening (above photo) and dying (below), the petals sort of seemed to make a red ring around a zone of pink, drawing attention to the center (ergo Eat Your Heart Out1) or resembling maps of areas affected by earthquakes (Epicenter2). 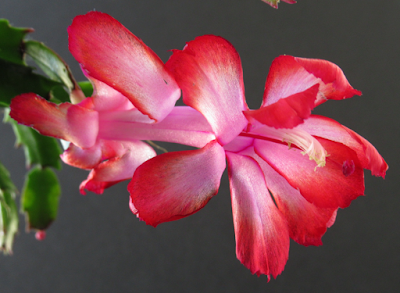 Franceska Mann was a Jewish ballerina in nazi Germany who, while being taken with a group of other Jewish women to a room next to a gas chamber and being ordered to strip, managed to distract the guard by stripping all sexy-like, steal his gun, shoot him fatally, and injure another SS officer.3 It's not, ultimately, a happy story, as Mann and all the other women were killed anyway, but, you know. It's happier than the stories where no nazis die.

And then, in a dramatic mood change, Love Is All Around, the title of the song that served as the theme for The Mary Tyler Moore show, which was previously considered for 167A East Of East St. Louis. I rejected it then because I wasn't sure I wanted to risk having a permanent MTM earworm, but it's a year later and I can think of a lot worse things than that, so maybe we should consider it anyway. 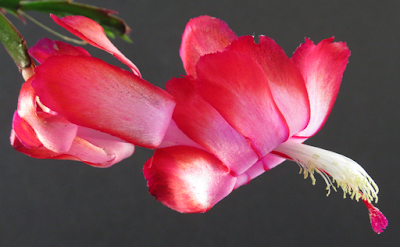 I'll let Epicenter go first; of the two names that reference the bullseye / red-ring effect in the photos, it's the less appropriate one. So that's pretty easy. And I can let go of Love Is All Around, I guess, both for the earworm concerns and because I find the remaining two names a lot more pleasing to me. But after that it gets really hard to choose one. 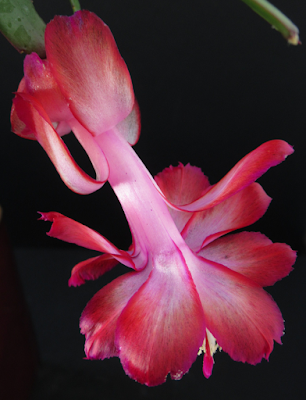 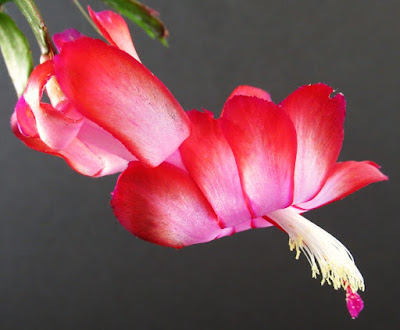 The detail that's going to decide it for me, I think, is that Eat Your Heart Out, taken literally, is pretty gross, and idiomatic English is a lot harder to understand for people who don't speak English. So this one is officially going to be 420A Franceska Mann.


1 ("Eat your heart out" is also used as an idiom for jealousy: if you tell someone to eat their heart out, the implication is that they are, or ought to be, very jealous of you. Which works well for a seedling that's prettier than average, making the name doubly appropriate.)
2 (though depending on the type of quake and the configuration of the rocks involved, the actual epicenter -- the point on the surface directly above the origin of the earthquake -- is not necessarily the location which sees the most surface shaking or damage)
3 Some of the details of the story are inconsistent depending on who's telling it (Snopes.com), but the central story of a Jewish ballerina named Franceska Mann stealing the gun of Josef Schillinger and killing him with it isn't disputed. (Well. Except by the sorts of people who dispute everything about the Holocaust, but we don't need to take them seriously.)
Posted by mr_subjunctive at 3:00 AM 4 comments