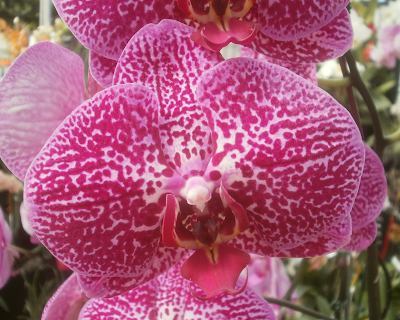 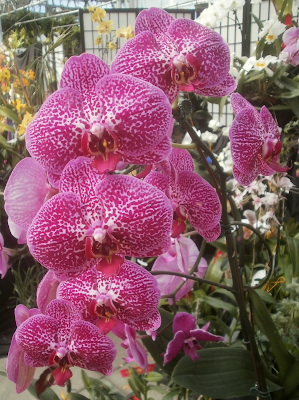 There will be at least one more Schlumbergera seedling to talk about; #083 has a bloom that is almost but not quite opened as of the 16th, and at least so far looks like the sort of plant I would buy if I saw it in a store. (Would you believe magenta / orange, for a color combination? I'm not sure that it works, exactly, but I can't say I've ever seen it before.)

I also have buds on a number of others,1 though there's always the possibility that those will drop before developing -- a lot of the first batch of seedlings (057 "Pyrotechnic," 024 "Bryce Canyon," 054 "Helpful Gesture," and so on) just dropped a bunch of buds on me, possibly because they got too dry, and don't appear inclined to make any more. But I'm pretty sure 083, at least, is going to finish building its flower in time for me to take a photo, and I'm interested in what y'all will make of it.

There will also be Anthurium posts soon. 040 "Ivy Winters" has finally gotten it together to produce a bloom (and followed that immediately with a second bud, which is kind of impressive even if the bloom itself isn't), and I've seen first-time buds on another four seedlings.2 This is after a few months of nothing at all happening,3 so I'm relieved.