067A, like a couple seedlings before it, has complicated coloration, where the petals shade through white, orange, and red before ending on a magenta margin. I don't know whether this will turn out to be a consistent trait; 067A has only produced one bloom so far.1 The seedlings have started the spring blooming cycle already,2 so there's a chance that maybe I'll have the opportunity to confirm the coloration, but in the meantime, I need to name it something. 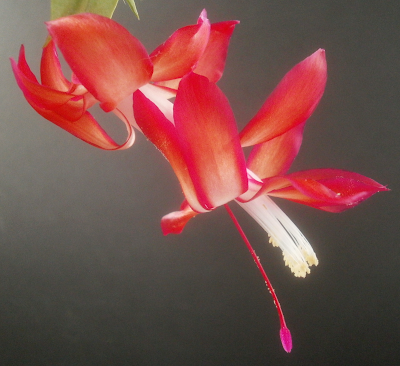 First one to go is Fruit Punch. I wanted to eliminate it on the grounds that any particular brand of fruit punch is always a single color: you don't pour a glass and wind up with orange on the left and magenta on the right. But then it occurred to me that sometimes, if the glass is tipped, or you have the punch in a really wide, shallow punch bowl, it actually can appear to be different colors, depending on how much liquid the light has to travel through before it reaches your eyes. So instead, I reject it on the grounds that it's not a very interesting name.

Prism seemed remarkably appropriate at first -- a flower with multiple bands of different colors named for something that splits sunlight into multiple bands of different colors -- but it's been used for so many things already that it's tainted. I mean, try to convince me that a name with ties to government surveillance, a compact car, and, most damningly, Katy Perry,3 is a good idea.

Circus Conference is what Google Translate thinks the tagged "circus renz" means in German. I didn't look into it too deeply. I like the contrast between the freewheeling, gaudy "circus," on one hand, and the dull, sedate "conference" on the other, but it feels like it's trying too hard.

Mae West is safely dead, so we'd probably know if she were an especially awful human being, and she's got a lot of great quotes,4 but this is probably not the right color for a Mae West seedling: she apparently preferred to wear white in public, and decorated her home in white and gold.5 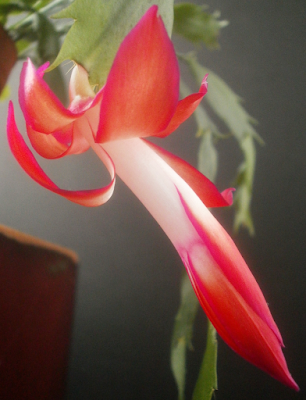 Which brings me to the final three names.

Dandy is notable for supporting a double meaning -- both "fine and dandy" and also a man excessively concerned about appearance and clothing. Having two meanings that both work reasonably well is unusual, and makes the name worth consideration.

Carousel Horse was previously considered for 107A "Nova Prospekt," and would be a good fit here as well.

Cyndi Lauper has likewise been previously considered, for 083A "Psychedelic Bunny" and 079B "Haleakala."

Image search results for "carousel horse" turn up mostly subdued, realistic colors, or at least more subdued and realistic than I expected to find. Cyndi Lauper's image search shows that at one point or another, she has had her hair dyed in every color 067A contains, plus quite a few others, so if I was looking for a substitute for Prism, Cyndi Lauper would be a good one. And if image search results are any indication of reality, historical dandies were not necessarily inclined to vivid color so much as extreme tailoring, cravats, and fur. Dandy also suffers a bit from association with the character in American Horror Story: Freak Show. 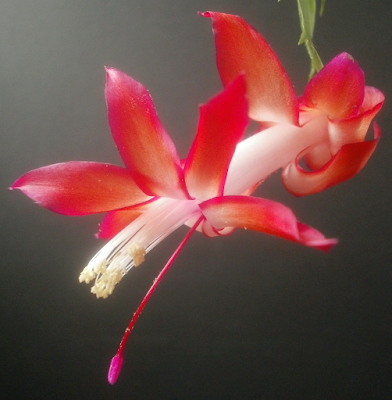 So Cyndi Lauper is the only one of the name options that is accurate at all, which I suppose makes the choice easy. Cyndi Lauper it is.


1 Which seems to be normal for the seedlings with this coloration: 107A Nova Prospekt has also only produced one bloom, I think; 083A Psychedelic Bunny has produced one per year for two years. This isn't enough seedlings to draw conclusions from, but I don't like what it's hinting at: that I can have lots of blooms, or complicated hues, but not both.
2 As I write this, on 24 January, there are repeat blooms open on 'Caribbean Dancer' ('Caribbean Dancer' never completely stopped blooming), the NOID white, 027A "Kiln," 082A "Strawberry Madeleine," 030A "Diwali," 021B "Birthday Dinner," 099A "Dessert Room," 099B "Karma Cobra," and some first-time blooms on 003A [name TBD], 058A [name TBD], and 072A [name TBD].
3 Time has not softened my Katy-Perry-related feelings. I admit to enjoying "Last Friday Night," and I can tolerate "Teenage Dream," but "Firework" is the worst earworm for me (to the point where I am a little concerned that it might have been a bad idea for me even to type out the title here), "Roar" and "Dark Horse" make me want to claw my ears off, and I feel like I have to dislike "I Kissed a Girl" and "Hot N Cold" on principle. (I have managed to miss the rest of the Perry oeuvre and ask that you do your part to keep it that way.)
4
• "I wrote the story myself. It's about a girl who lost her reputation and never missed it."
• "When I'm good, I'm very good, but when I'm bad, I'm better."
• "Good girls go to heaven, bad girls go everywhere."
• "Love thy neighbor -- and if he happens to be tall, debonair and devastating, it will be that much easier."
• "Men are like linoleum floors. Lay 'em right and you can walk all over
them for years."
• "If I had known I was going to live this long, I would have taken better care of myself."
• "When choosing between two evils, I always like to try the one I've never tried before."
5 (Ref. Though it's not difficult to find photos of her wearing dark colors, so I'm not sure how true that is. The white/gold apartment thing is confirmed by a first-person account.)
Posted by mr_subjunctive at 3:00 AM

LOL. Not a Katy Perry fan myself, either. Think the only song I have heard of hers that I actually do like is "Wide Awake"

That's a really pretty one!

By the way, Circus Renz. I guess Google Translate got confused by the fact that conference in German is Konferenz.