The less said about Shangela, the better, I think. Boring color, a spathe so pockmarked by thrips (or something) that it looked polka-dotted, 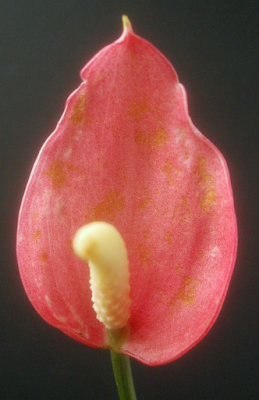 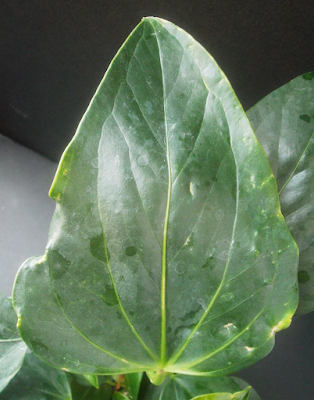 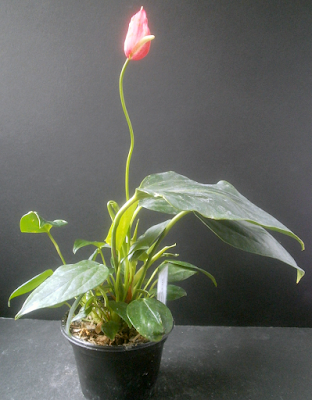 The only nice thing I can think of to say about 0373 is that yes, it did bloom, and not all of the seedlings do. Which is practically the definition of damning with faint praise.

You'd think I would have thrown it out already, but, you know: inertia, the inexplicable hope that just maybe the second bloom will be awesome somehow, resistance to throw any seedling out until it's proven itself irredeemable, etc. It's definitely out of here as soon as I work myself up to a second purge, though. Earlier, if it gets scale. Which would be totally in character, so it'll probably happen.

BAHAHAHAHAH!!!!! I was very much laughing out loud- you perfectly pair comedy with indoor plant information...well done!