Both 0589 Hetty King and 0590 Sahara Davenport were divided from 0220 Nora Morse, in June 2014, before I had any idea what color Nora was going to bloom. This was a mistake: if there's anything I don't need, it's more pink / pink Anthurium seedlings. 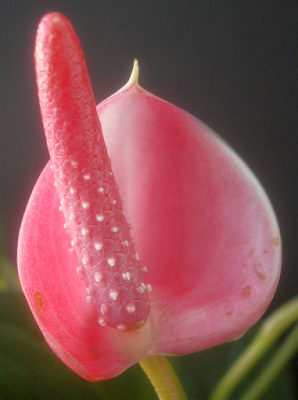 It's possible that these are not all clones of the same plant (Nora's spadix sometimes has an orangish tint to it that I haven't seen yet on Hetty or Sahara), but I can't tell for sure,1 and I'm not sure it matters. Neither Hetty nor Sahara has impressed me much.2 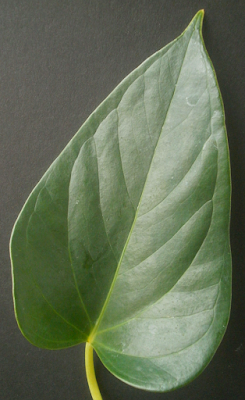 and although the plant as a whole isn't especially beautiful, 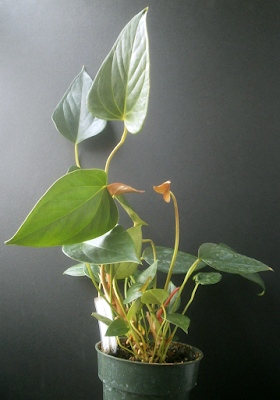 it at least suckers abundantly, and fuller plants might be better than less-full plants.

I doubt I need Hetty and Sahara, since they're both 1) unremarkable and 2) duplicates. If I'm keeping either of them, it'll probably be Hetty, since she's bloomed sooner and more frequently, but Sahara's not in any immediate danger. We'll see what happens.

Some of you will be interested to know that we have a first second-generation bloom already. (I noticed it the day after writing the post where I mentioned seeing a couple second-generation buds. You will understand how I managed to miss the bloom once you see it.3)

I've also spotted another second-generation bud, on 0721 Chandelier Divine Brown (daughter of 0005 Chad Michaels, granddaughter of 'Gemini'). So that's three in progress and one completed.


1 0220 Nora Morse has produced enough blooms by now that I have a pretty good idea of what they look like; 0589 Hetty King has, I think, produced three, and 0590 Sahara Davenport has produced one. So far, it looks like Nora's blooms start out with a coral spadix, which turns pink over time, while Hetty and Sahara start out pink and stay pink. Nora's blooms have also been consistently a bit larger than Hetty and Sahara's. This suggests that Hetty and Sahara are clones of each other, while Nora is a different seedling. I'll likely never know for sure, though.
2 I do like Nora, though, because her blooms are slightly larger and because the backs of her spathes change color in interesting ways as they age: 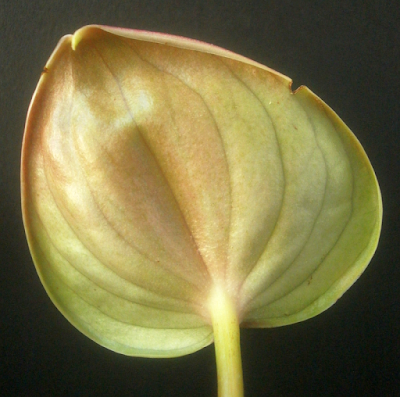 I mean, spathes greening with age isn't unique to Nora, but it's all about how they turn green.
3 You'll be able to see the bloom itself in the Anthurium seedling gallery whenever I finish sorting through the photos I took. The actual Adlai Lowe post won't happen until mid-May, according to the current schedule. This may or may not be enough time to think of something positive to say about it.
Posted by mr_subjunctive at 3:00 AM

mr_subjunctive
Mr_Subjunctive used to work at a family-owned greenhouse / garden center in Iowa City, IA. As of 2 April 2020, he has 1376 houseplants, which is too damn many. Most are Schlumbergeras.