I have disliked orchids before, for various reasons. Sometimes the flowers are fine but just didn't photograph well; sometimes they don't do anything for me personally, but I can see why they might appeal to other people, so I just chalk it up to "not my thing" and move on. With this one, though, for reasons which aren't entirely clear to me, I just hate it. Hate it, hate it, hate it. 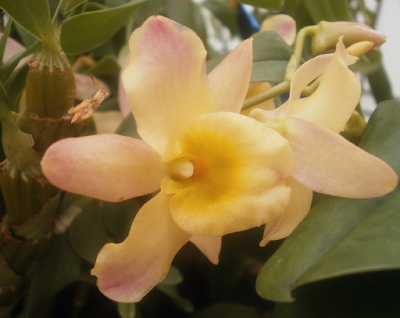 In this particular case, it didn't photograph especially well either, but I looked at other pictures of the same grex elsewhere on the internet and concluded that the photos were more or less accurate. It really is kind of a muddy and washed-out light orangey pinky yellow. *shrug* 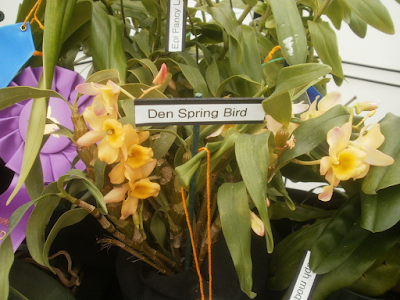 I couldn't find photos of either parent on-line, though I'd be willing to bet that both are prettier than this. 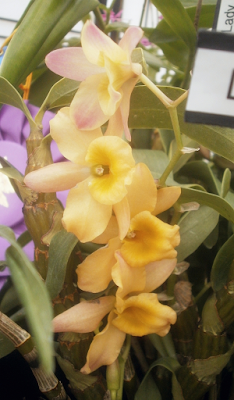 Ah. So only one parent is prettier, not both.

What's this about the HTML? Replacing * with angle brackets in this

Do all the other sites do it some other way or something?

While there are a lot of very attractive Den species and hybrids out there, I'd have to agree with you -- based on the photos, thiis is not one of them.