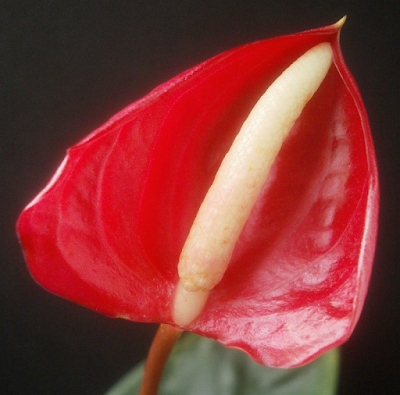 it seems reasonable to assume that they're full siblings. None of the descendants of the NOID pink-green so far have been even a little bit weird (two red/beige, one red/red, one pink/pink), which is very disappointing. I suppose it's possible that the second generation will be more interesting.

Though Shelita's probably not going to have anything to do with the second generation. The most interesting thing about her is the new leaf color: 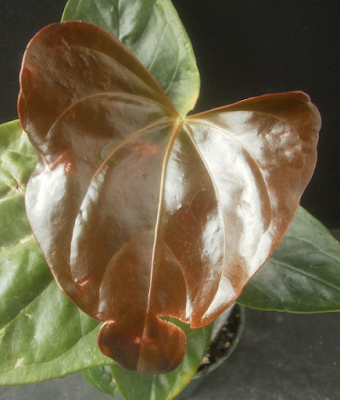 which is genuinely attractive even if the old leaves look the same as any other Anthurium leaf. 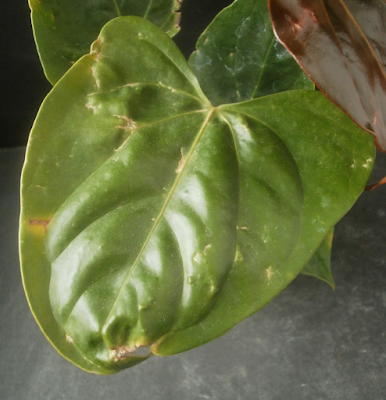 But. You can see all the thrips damage in those photos. Donet was almost untouched by the thrips, but Shelita is just mutilated, which I think is enough to cancel out the new leaves. Were it not for the thrips, I think she'd be worth keeping around (if only to keep the NOID pink-green's genes in circulation), but reality is that her days here are probably numbered. Which is too bad, but hey, it has to happen sometimes. 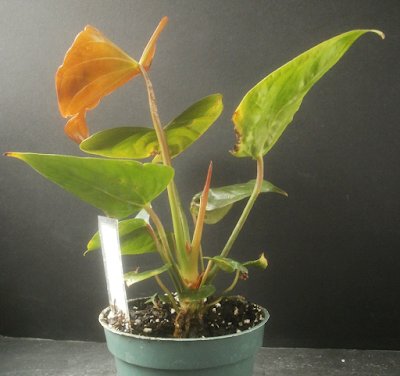 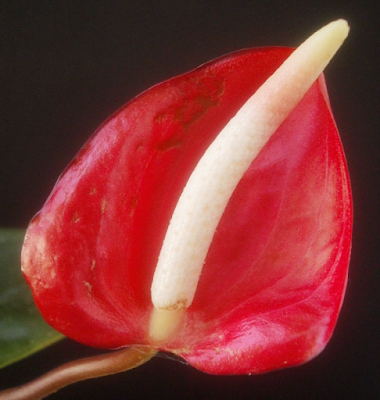 Shelita Taylor the drag queen is from Port St. Lucie, Florida, and seems to favor Madonna's better material (Vogue, Express Yourself). As usual for performances recorded from inside a club, the audio quality is lousy and the video needs about 30 seconds taken off the beginning, but Express Yourself is at least not ear-shreddingly bad, and she's nailed the choreography: