Donet McKim the drag queen is part of the sub-subculture of "pageant queens," the people who participate in drag as a competitive activity, with titles and prizes at stake. I don't have a lot to say about her specifically, though I do think it's interesting (and neat, and terrible) how humans find niches within niches. (Maybe it's a Dunbar's number situation? Like, once you have about 150 people interested in a thing, the group starts to split into different factions that are more interested in specific aspects of the thing, and then distinct cultures start to form around the different factions?) Here's an example of Donet's drag:

And here are a few (pretty impressive) photos:

Donet McKim the seedling is notable mostly for having absurdly unlucky spathes. The very first time I tried to get a photo of the first bloom, the spathe caught itself somehow on the light above it and ripped, 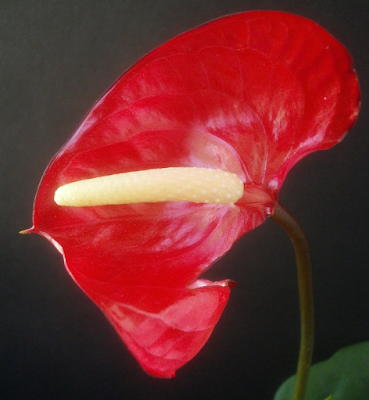 and then the second time, I managed to get a few photos of the spathe as it was opening, 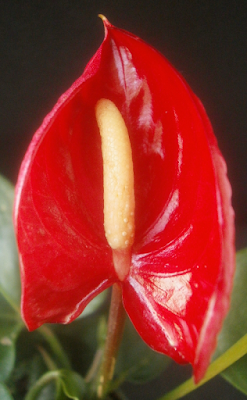 but once it had in fact opened all the way, it tore itself on the light again. 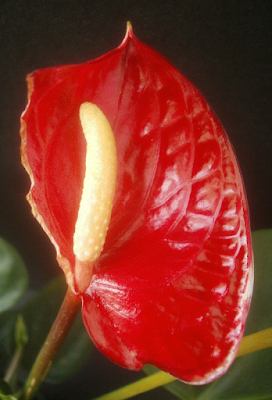 So it's been about three months and two blooms now, and I still haven't managed to get a decent photo. (And it's not like the seedling is in a uniquely bad location; it's just unlucky, or inexplicably attracted to the light, or something.)

Even if it were intact, this wouldn't be a particularly interesting bloom. The size and thrips resistance are good, but it's not as if I don't have plenty of red / yellow seedlings to choose from. The foliage is pretty nice, though. 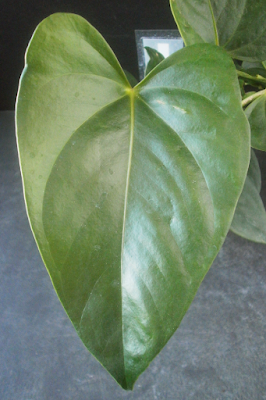 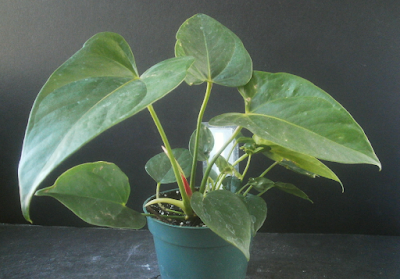 So it'll be staying around as long at least as long as it takes to produce a third inflorescence, and I won't be in a hurry to discard it after that either, but it's not really doing anything new, so I don't expect it to stick around forever.