There were a lot of calla lilies (Zantedeschia spp.) left over at work at the end of last summer, so at some point WCW pulled them out of the soil and cleaned them up, and then stuck them on a desk somewhere, where they were completely forgotten about until spring. Which was, apparently, exactly what they wanted, because they all made it through the winter just fine.

The problem with this is that nobody, apparently, ever found the time to identify which bulbs flowered which color, so WCW took them out of their pots not knowing how to sort them, and then when they got planted together again this spring, they just got randomly thrown together. 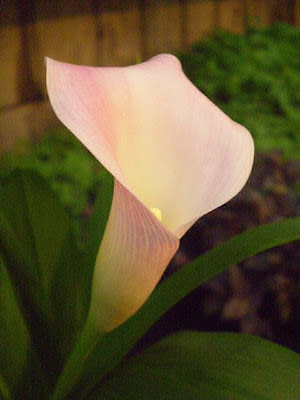 Now they've started to bloom, and it's not looking like there are any lucky pots that all have the same colors; everything wound up being a mishmash. I don't think this is going to hurt sales hugely, though. They're still pretty, and multiple varieties means, in theory, more continuous blooming. Maybe. It might be okay. Still wish we could have separated them, though. 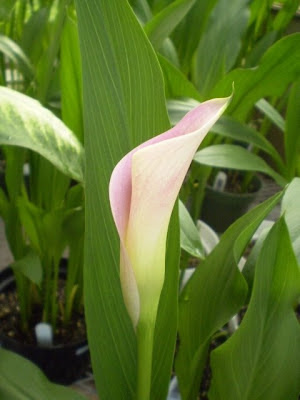 Beautiful photos. The first one almost glows. I love that color!
Aiyana

Beautiful photos. The first one almost glows. I love that color!
Aiyana

If it is *that* beautiful in a photo, I can't imagine the nuances in reality.

Once again thanks for sharing these Zen moments of beauty, Mr. S!