Okay. Well, life does go on, despite the loss of Dr. Horrible (but there'll be a DVD! Shiny!). And so there's some blog-related business to tend to, this being that in the past couple days I've been given an Arte y Pico award and been tagged by Kate at The Manic Gardener with the six-random-things-about-yourself meme that I was first hit with back in November. Except then it was eight things.

* Link to the person who tagged you. (above)
* Post the rules on the blog. (doing right this second)
* Write six random things about yourself. (in a minute)
* Tag six people at the end of your post. (not going to happen okay, fine, I'll do it after all)
* Let each person know they have been tagged by leaving a comment on their blog. (working on it)
* Let the tagger know when your entry is up. (fine, I will)

1. I do not like 70s rock. Like, any of it, I think. Not crazy about the 60s either, but I especially do not like the 70s. Steve Miller Band embarrasses me ("Really love your peaches, wanna shake your tree?" Seriously? *facepalm*). I do not want to rock and roll all night and party ev-a-ry day. Jeremiah, though admittedly a bullfrog, is barely even an acquaintance of mine, much less a friend, and I am not going to drink wine that's been touched by frog lips. I do not think Rod Stewart is sexy; I'm not sure I think Rod Stewart has ever been sexy. "American Pie" makes me want to claw my ears off. I could go on. I didn't like top 40 music from the 1970s at the time, I didn't like it as a teenager, and I don't like it now. 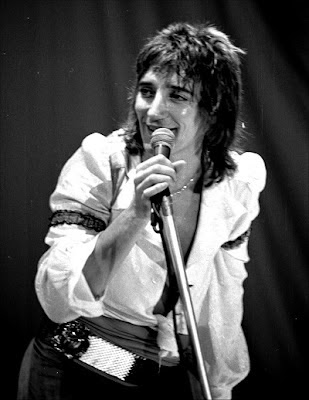 Rod Stewart, being questionably sexy. Photo by Helge Øverås, found at Wikipedia entry for Rod Stewart.
2. The journal-tracking stuff that I mentioned in the November post (#4) is also a source of artistic inspiration. Abstract, yes, but art nevertheless. Or maybe not art. It's hard to explain. What I do is, I make a continuous line of pixels. Each pixel in the line is a specific color. Here's where it gets complicated: each pixel refers to a block of thirty-one days. So the pixel, for example, that ends with July 17, 2008, is supposed to reflect the period from June 17, 2008 to July 17, 2008. How do I pack that much information into a single pixel? Color. Through a process which is even more elaborate and hard to explain than this has been already, the proportion of good days in that stretch of time determines the amount of red in that pixel. Green is used for normal days. Blue is for bad days. As these pixels are stacked up next to one another, left to right, the color gradually fluctuates. So for example a period that was pretty good, followed by a period that was pretty bad, would gradually change from reds and oranges and yellows into teals and blues. At some point I stretch the one-pixel-wide line into something a little more readable, and then we have a picture.

So in a sense, I can literally (or at least literally in a figurative kind of way) have "blue" periods. Or chartreuse. Or fuchsia, muddy brown, or coral. (Of those, coral is the best. Fuchsia is stressful. Muddy brown is more fun than you'd think.) Lately things have been mostly teal. Below is the (very long) image made from the period between October 3, 2002, and June 1, 2008:

Click image for a (much!) larger version.
You can see that the end of 2002 was a pretty happy time (I'd just met the husband), that something really awful happened in the middle of 2005 (If I remember right, that was probably asthma and financial difficulty), and that for quite a while now, things have been just kind of ennh.

The colors are pretty. Even when they mean life sucked.

3. The husband and I met in a bar. I never liked going to bars, so it was the one and only time in my life I ever worked up the courage to go to the local gay bar by myself. I think it worked out okay. It's nice that there are more options for people now. (There were then, too, it's just that I was still relatively new to the area, didn't have internet access at home, and my gaydar always gave lots of false negatives until I took it in to be recalibrated.) 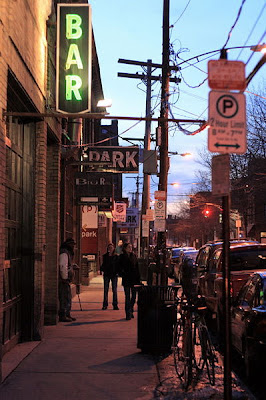 Not the bar in question. Photo from Wikipedia entry for bar (establishment), taken by Ragesoss
4. My favorite novel is probably still Infinite Jest, by David Foster Wallace, which I first read in 1996. I used to re-read it on a pretty regular basis, though it's been a long time now. Honorable mention to Cat's Eye (Margaret Atwood) and Anagrams (Lorrie Moore). New fiction mostly leaves me cold; I'm not sure why that is but have never put a lot of time into trying to figure it out, either. It might be that fiction is like pop music: you only really connect with the stuff you encounter at the age when you're ready to really connect with it. (However old you are, for most people, the best music was being made when you were somewhere between about 14 and 25.) Stuff that's very different from the normal novel, like for example World War Z (Max Brooks), still works for me, though. 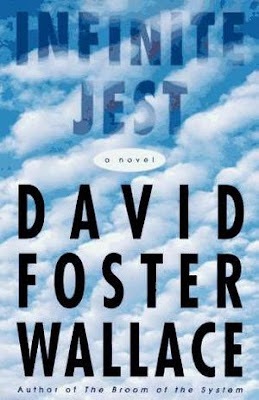 Infinite Jest cover (hardback). From the Wikipedia entry for Infinite Jest.
5. Jalapeno pizza is one of the best things ever. I was a picky eater as a kid, and I still tend to be a very monotonous eater (long stretches of the same two or three things day in and day out), but I did occasionally branch out and try new things, and jalapeno pizza is the best of the new things I tried. 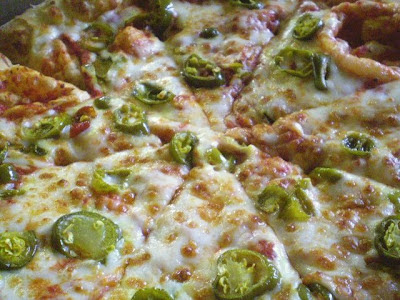 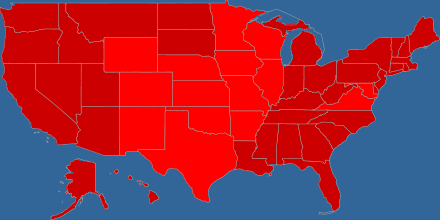 Create your own visited map of The United States

I wasn't going to tag anybody originally, but I decided that there are a few other bloggers I'm curious about, so consider yourself tagged:

J at Pleasant Hill Ramblings.
Annah and/or Jordan (however you guys want to do it, or not do it), at Plant Crazy.
Wicked Gardener, at Wicked Gardener.
Aiyana, at Water When Dry.
Benjamin, at The Deep Middle.

Anyone who would rather not participate is of course immediately and comprehensively forgiven. Anyone who has already participated like sixty times already and is sick of this meme is not only forgiven, but I would happily accept a link to one of the previous posts: I was trying to pick people who didn't appear to have been tagged before, but I didn't make an exhaustive search of everybody's archives, either.

I really like the color graph of your life. Makes me wish I had kept track of mine, but I'm really not so organized.

You're so right about Rod Stewart and that whole decade - yech. I'm glad you were tagged for this meme (and not me).

I see you were up late doing this, Mister S. I have just completed mine. So there.

I MAY participate in this meme, since people are honoring me (is that the ight word) left and right lately. Gauche et droit.

Funny, as usual. Thanks for the invite on the meme, but I've participated in this one already, and I don't think I can come up with any new stuff. I'm really boring!
Aiyana

Annah and I have finally finished our Six Random Things post! We just got busy with everything, as you can read about on the post, so that is why it took so long for us to post. Hope you enjoy!

By the way, keep up the great work on the blog!