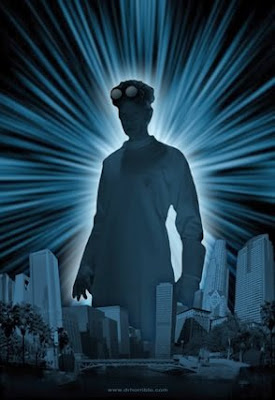 What is it? It's a musical about a geeky, shy supervillain (Neil Patrick Harris) who's got a crush on a girl he knows from the laundromat (Felicia Day), but she winds up meeting and falling for his nemesis, Captain Hammer, (Nathan Fillion) instead. Meanwhile, Dr. Horrible is trying to join the Evil League of Evil, a local supervillains' organization led by Bad Horse (the "thoroughbred of sin!"), which hasn't been going well because Captain Hammer keeps showing up and kicking his ass, more or less. 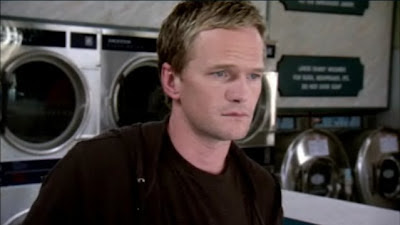 There are three parts to the story, each about ten fourteen minutes long: Part I went on-line a few days ago, Part II is new as of today, and Part III goes live on Saturday. They're only going to be available on-line for a short period (pulled at midnight on July 20 - probably midnight Pacific Time, though I'm not positive), though, so watch sooner rather than later. Your entertainment guaranteed or . . . I'll have to do something really really entertaining to make up for it, and/or give you back the ten minutes.

N. b.: the machines in the laundromat are the same brand that my own personal father makes for a living, so it's not out of the question that I may have touched the hand that touched a washing machine that was touched by Neil Patrick Harris!1 Though I can't prove it. And I'm not sure you can use washing machines in the degrees-of-separation game.

1 I had a bit of a crush on NPH as a kid, so this is a bigger deal than it sounds. Though not, you know, a lot bigger.
Posted by mr_subjunctive at 1:08 PM