In the profile on Dracaena deremensis 'Warneckei,' I mentioned other varieties derived from 'Warneckei,' but didn't have pictures to go with most of them, or any personal experience with them.

So then on this last order, 'Ulises' and 'Jumbo' were both being offered to us. Not unusual to have the chance to buy 'Ulises:' I think it's the new 'Warneckei,' the one that makes money for people and is going to replace it eventually. But 'Jumbo' was new. So what the hell: I ordered them both. 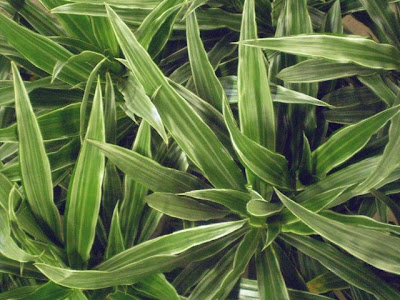 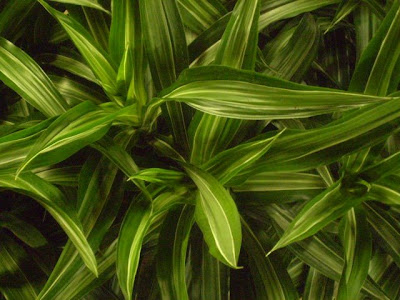 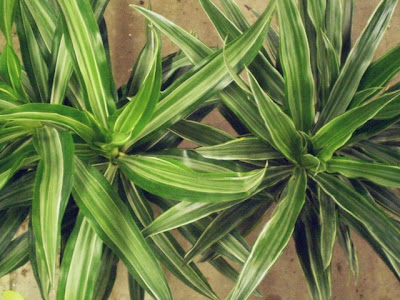 Which is which? (C'mon, guess. You've got at least a 50-50 chance of being right.) I'll post the answer in the comments.

So I think I probably overdid it. I like the 'Warneckei' types, but they're not strong enough sellers that we need 12 6-inch 'Jumbos,' 6 8-inch 'Ulises,' something like 8 4-inch 'Ulises' (I think: they weren't tagged), and about 30 4-inch somethings that were sold to us as 'Dragon Series' plants, which look more like 'Bausei' or my 'Jade Jewel' than anything. And that's just the ones that look like 'Warneckei.'

Also: if anybody dropped by and saw half of a comic, with something unintelligible about campaign signs, sorry. That was supposed to work, but apparently toothpastefordinner.com doesn't permit its comics to be shrunk to fit a blog. Or I did it wrong. Something. It wasn't incredibly funny anyway. More weird than funny.

Posted by mr_subjunctive at 4:35 AM

It's 'Ulises' on the left and 'Jumbo' on the right. The way I can (barely) tell the difference is, 'Jumbo' has a thin white line around the outer edge of the leaves, whereas in 'Ulises' the leaf edges are bordered by a thicker strip of green.

Whether this is a general rule, or something that only happens to work with the particular batches we have, I don't know.

Lavender and Vanilla Friends of the Gardens said...

Hi mr subjunctive;( I hope I reached the right one!) thank you for visiting and naming my Aloe.
I have planted dracaenas and cordylines in my garden as I like them a lot. I have a problem I never know which is which.

Has anyone noticed funky weird leaf damage on the warneckiis showing up from Florida in the last year or so? I'm not sure if it's a problem at the growers' end, or if someone is manhandling my plants before I get them.

Come to think of it, why is it MANhandling, isn't that gender-stereotyping?