I posted to PATSP 406 times in the year 2009, with slightly over 210,000 accompanying words. Which is crazy. For each one of those 406, or at least almost every single one, I thought at the time that it was kind of crap and could use some polishing, but upon review, some of them weren't that bad. Even if there are some things I'd want to change. (One of the up sides of committing myself to daily blog posts is that it means things actually get posted: if I didn't have the deadline coming up every day, I'd spend forever polishing and nothing would ever be published.)

Unlike basically everybody else, I waited to do my year-end lists until the year had actually, you know, ended. This was maybe a strategic error, since you're no doubt sick of year-end lists by now, but at least this way all the 2009 stuff had a fair shot at getting in. (The Genital-Eating Bears of Alberta, in case you're interested, missed it by that much.)

So these are sixteen posts that stand out to me as the better ones I did last year, or that were especially significant in some way, or whatever. I'm apparently at my best in July and October.

(Why sixteen, and not ten, like everybody else does? I dunno. Why do they all do ten, and not sixteen, like I do?)

16. Pretty picture: Petroselinum crispum (parsley) Coriandrum sativum (cilantro) flowers (20 July 2009) Sort of an odd choice, I suppose, but the photos turned out really well, and I was surprised by how attractive they were.

15. Random plant event: Anthurium 'Pandola' seeds sprouting (!) (2 October 2009) Mostly made the list because I never, ever, expected to see this happen for myself. Plus the jelly stuff is cool. 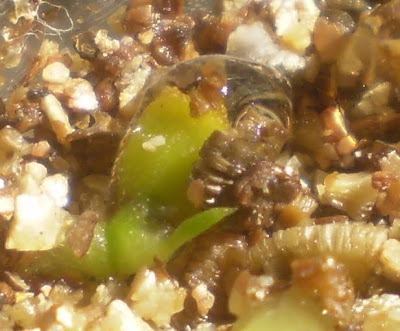 14. [Exceptionally] Pretty pictures: transmitted light -- Part XII (21 May 2009) It's hard to pick one of the transmitted light sets as being superior to the others, since I try to keep them all approximately the same, but the Plumeria and Solenostemon scutellarioides 'Tilt-a-Whirl' pictures put set 12 above the others as far as I'm concerned.

13. Pretty picture: Crocus 'Pickwick' (26 January 2009) I'm inclined to say this is the prettiest pretty picture I took all year.

So I guess I kinda peaked early. 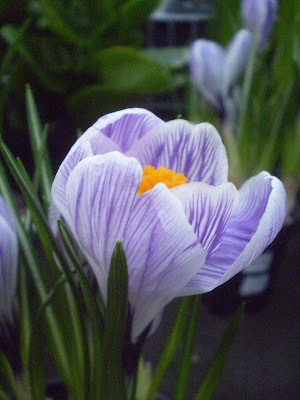 11. Fictional Botany: Vestisperma acidophora (9 July 2009) Very probably the best Fictional Botany post I've done yet. Or at least the weirdest. I have ideas for a couple more, but haven't had time/motivation to work on them. Perhaps we'll get to those again in 2010. (I'd like to see more of the Historical Illustrations series too. So many ideas, so little time.)

10. Lawn Ornament: Metal Llama (23 July 2009) A lot of the better posts come about when the husband and I take road trips. I don't think the metal llama is quite cool enough to unseat the pink and blue Pegasus as the best yard art of all time, but it's certainly in the ballpark. 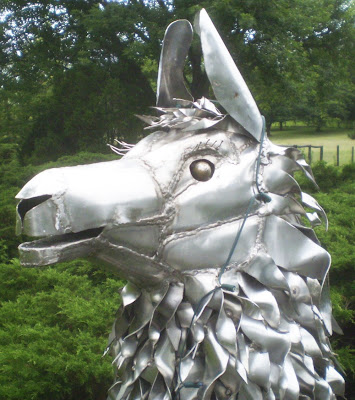 9. Houseplant Toxicity Series Part 4 (21 April 2009) A substantial portion of March and April 2009 was spent researching for the Houseplant Toxicity Series, and the resulting posts from April do generate a lot of my blog hits, even nine months later. I don't have any particular reason for choosing Part 4 over the others, except for the fact that Part 4 appears to be especially popular: it must address especially common plants or something.

7. Cleve Backster Part III: Implication (11 September 2009) It's hard to single out one of the Cleve Backster posts as being superior, because they all sort of require one another, but this post was the one where I address the part of Backsterism that really confuses me and that got me to write the series in the first place, so it's the one that required the most thinking, and consequently winds up being the one I'm proudest of. Even if it's not actually that well-written or thought out, which it may not be. 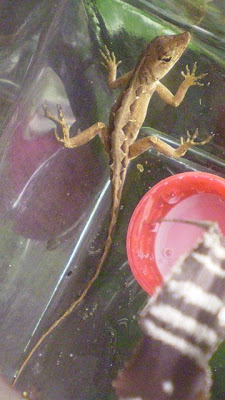 5. Nightclub Owner (Philodendron bipinnatifidum) (1 November 2009) Not the best year for plant profiles: between work, moving, and keeping all the plants watered, I didn't have as much time to work on them, and the profiles I did do tended to be enormous, research-heavy affairs besides. Still, this one is a favorite, because I learned a lot while doing it. 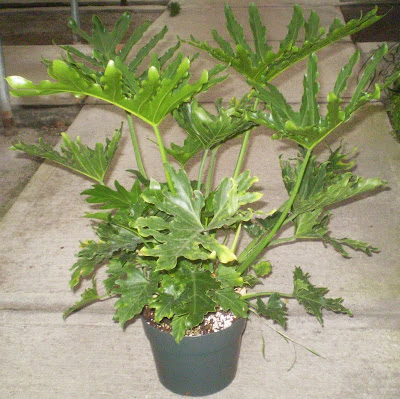 4. Mr_Subjunctive Explains Modern Retail Horticulture to a Time-Traveler From the Year 1860 (17 August 2009) Everybody likes Dr. Ketchum. Someday, there will be a sequel to this story, when Ketchum and I travel to the year 2160 (plus or minus two years), but don't hold your breath.

3. Personal-ish: Not everybody uses Twitter (1 July 2009) Another sentimental favorite. Goodness but a lot changed for me in 2009.

2. The Ghost Greenhouses of Cedar Rapids (1 September 2009) Melancholy, but also kinda neat, in a post-apocalyptic way. 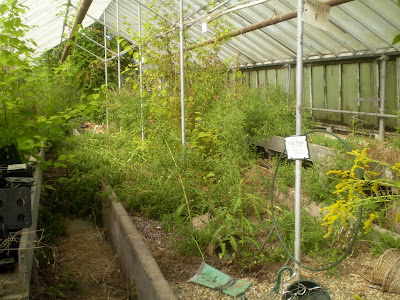 1. Party Planner (Cordyline fruticosa) (15 January 2009) I think this might actually be my best plant profile ever, in terms of readability and completeness. It's also been very popular with Google. 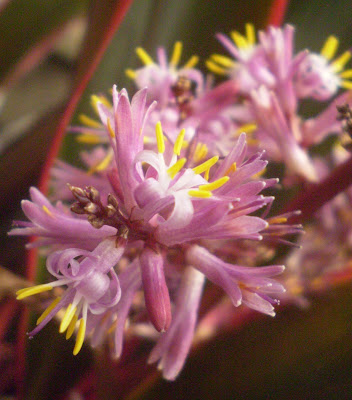 Cool... I started reading your blog recently, so ALL of these are new to me. My for for the very bestest is the google trends one.

Looking at Nina's original picture, I realize she's put on weight. Crickets must be more fattening than soda. ;-)

Top Ten wouldn't have done ya justice...16 is WAY better but looks like I have ALOT of back reading to do! ;)

Happy 2010 to you, Mr_Subj...and pretty please(!) do continue your interview with Dr. Ketchum (or vice versa)...love that one!