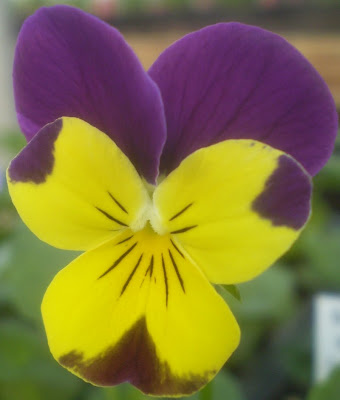 The inevitable future snowfalls aside, spring is pretty well accomplished here. The weather forecast involves multiple consecutive days of above-freezing temperatures at night, and 50s during the day. Most of the snow has melted, sunset is happening later and later, and the whole world is starting to get that wet-dog smell.

And there are Violas showing up at my ex-work, which is as sure a sign of spring as any. 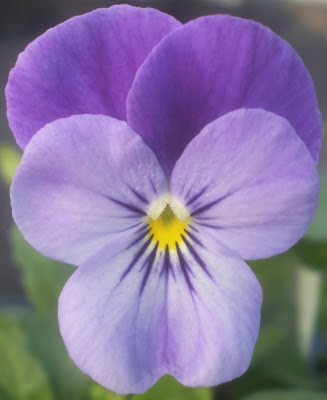 Meanwhile, at the Subjunctive Botanical Gardens of Eastern Iowa, things are changing pretty quickly too. I need to start some seeds. We were hoping to start growing some lettuce under the lights in the basement (where, in theory, it's cool enough that we ought to be able to grow them year-round, though I'm sure there's some hidden problem with that theory), and I've got some other stuff I should probably start indoors before putting it outside (tomatoes, Gazanias). It's sort of an open question whether that's how it's going to work, though. 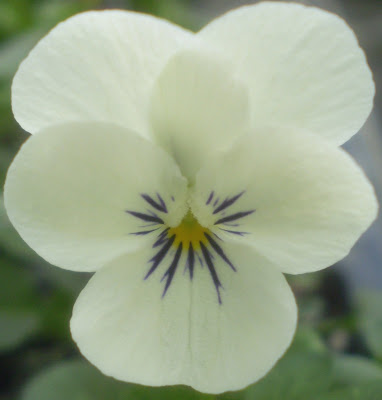 It's an open question because a lot of stuff is going to be changing around here. I have one biggish announcement that should appear here tomorrow, and another one coming on March 24, after I return from the quarterly hiatus. They're not big announcements on the level of last year's job-quitting / moving / marrying hat trick, but they both have the potential to be substantial life changes. 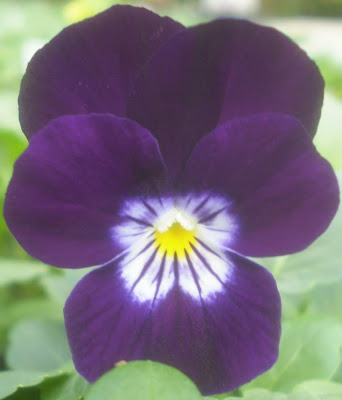 Also, Nina most likely arrived in Iowa on March 6, 2009, and first came home with me on March 28, so somewhere in March would be a good time to have some kind of Nina Appreciation Day post. Anybody who has any good recipes for cricket cake (the insect, not the sport) should speak up.

Add: Blueberries, peaches, raspberries, or strawberries, roughly half the mass of the crickets taken.

Combine all; mash into a pulp.

Dab a tidbit of the mixture onto the snout of the creature in question.

Leave the rest in a small bowl within creature's reach.

Remove and throw away the remainder after roughly 24 hours.

Errant's suggestion is great!
Here's mine, a bit lazier and somewhat more harmful if Nina is diabetic;

Sweet baby puree, made of some fruit that is not too acidic. Such as banana or apricot!

Um, yeah, I don't have a cricket recipe but I do like those photos. I'm on the edge of my seat about your announcement. Is this about the DOG???? I foresee lots of adorable pics.

Hey, you're a winner in last week's plant puzzler. Glory be yours!

Well, I certainly am curious about the big announcement. I too wonder if it's about a dog. Or some trip? Or...what about a book? Did you write a book and it's being published?

Use the recipe I followed for these oat cakes, substitute maybe 1/2 of the oats for crumbled cricket pieces. Maybe nix the cinnamon--I don't know whether anoles would like that.


Or maybe, Water Roots, he signed on for a book deal, which would decrease the amount of posting on PATSP. Happy/unhappy face, for various reasons.

Why did I all of a sudden remember an episode of Quantum Leap where Scott Bakula's character had jumped into a chimp's body and was given the delicious "reward" of pureed caterpillars when reading Errant's comment?

Violas are lovely. So much prettier than those big, floppy-flowered pansies. Though we've got prettier ones than these three :p I'd take pictures if I didn't have to work.

Have you seen all the weird freeze-dried mealworm concoctions the backyard bird enthusiasts put out for their avian visitors? (Check out www.duncraft.com for a sampling.) I can't imagine Nina going for anything that didn't move, but I'd have thought birds would prefer wriggling mealworms, too, so who knows...