In match 2.17, Dionaea muscipula made a good effort against Aeschynanthus cvv., but faded early, letting Aeschynanthus accumulate a slight lead. Which then turned into a bigger lead. Dionaea loses, 48 to 64.
Match 2.18 was a bit more complicated -- this was another one where the contestants swapped the lead back and forth a number of times before settling on a winner. In the end, Aechmea fasciata just didn't quite have what it took, falling to Spathiphyllum cvv. by 54 to 61.

Aeschynanthus cvv. goes up against Spathiphyllum cvv. in match 3.9. Voting begins on 19 October.

Pilea involucrata 'Norfolk' didn't really stand a chance against Chlorophytum comosum, in match 2.19: it lost 36 to 78.
In match 2.20, Echeveria cvv. (and relatives) absolutely beat the tar out of Kalanchoe luciae / thyrsiflora, winning 91 to 23. This is the second time that Echeveria et al. have gotten more than 75% of the vote; the only other competitor to do so thus far has been Saintpaulia cvv. This may mean that Echeveria is a serious contender for the championship, but it could also mean that it got some exceptionally wimpy opponents. Time will tell.

Chlorophytum comosum will try to break Echeveria's winning streak on 19 October, in match 3.9.

We are now ready to begin the third-round voting. I'm slowing things down a little and only posting two matches per day during round 3. I'll slow down even further (to one match per day) once we start round 4, about a week from now. 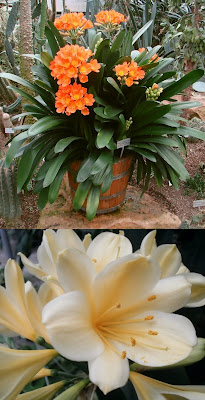 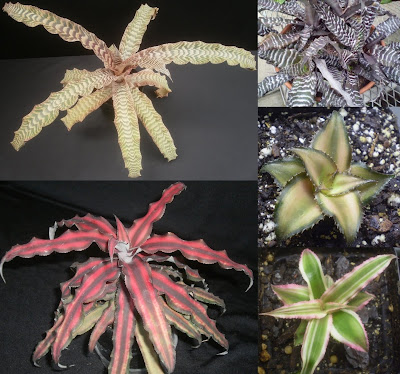 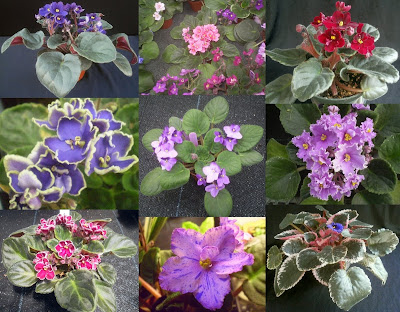 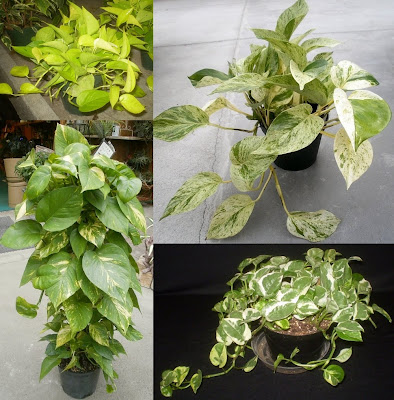 Oh, I fear for Crypanthus. I love them, but clivia is a fearsome foe. I wonder if they will survive?

The matches are definitely becoming tougher. Epipremnum aureum vs. Saintpaulia cvv. took ages to decide. They're both great plants, I own several of each, they've all done well for me with minimal care, I love them both. I thought that choosing between Monstera deliciosa and Phalaenopsis orchids was difficult, but this is even worse. The agonising decision process went like this:

- If I had to give one as a present to a friend, it'd be a Saintpaulia.
- Also, I'm obsessed with Saintpaulias.
- However, pothos is a solid performer with minimal maintenance needs. If I had to recommend a plant to someone, it'd be an Epipremnum aureum, definitely not a Saintplaulia.
- A pothos will get impressively huge given the space to do so. Saintpaulias just get ugly if you allow them to grow unchecked.
- My Saintpaulias look like crap in winter, even with artificial light
-...whereas good old Epipremnums keep growing with nothing but a few compact fluorescents.
- The Epipremnum team can field a fighter of Chuck Norris -like awesomeness: Epipremnum aureum 'Neon'. You can't beat this plant.

For those who did not vote for Dionaea, I have only one thing to say: "Braaaiiiinnnss!" *burp*

If that Clivia wins I am going to be sorely disappointed in your constituency.

It's pure madness to pitch Chlorophytum and Echeveria against each other, unless it's the final match. Darn you, mr_s, darn you!