Blogging in a hurry today, again, because I've realized that the post I'd planned for today is going to require me to get some more pictures; this was also the problem with the post I'd planned for Wednesday. Things do still keep happening, though, some more impressive than others. For example, my Sansevieria cylindrica. I didn't have it when it only had one leaf, though I assume that stage happened. By the time I got it,

It had two! Two leaves! Four years passed, and then last September, it grew another, which was extremely exciting. 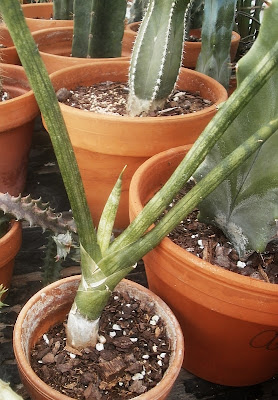 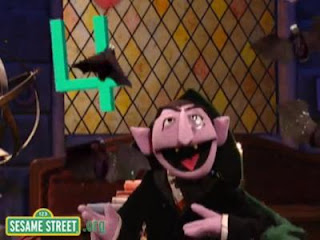 One of the things this probably means is that I should have been letting it spend the summer outside all along, if I wanted it to grow. Live and learn.

My houseplants also love spending the summer outdoors. They're usually in a breezeway but also like to take showers in a gentle summer shower.

Hahaha...I love that you included the photo of the Count. He's one of my favourite characters. The downside is that his voice is now stuck in my head!

I really don't undersand why your plant grows so slowly. I have one, not in a very good spot, and each summer it goes crazy with new leaves. The only problem I ever had with it is that it looks messy.