In which the Schlumbergera seedlings make me crazy

Two things. First, if anyone out there bought Schlumbergera seedling cuttings from me earlier this year and happens to be reading this, I'm curious whether you've seen any buds yet. Diana says 088A "Cyborg Unicorn" is budding for her (though not 023A "Stoked"), so I know it's at least possible. Anybody else?

Oh my god, was "Tease" ever the right "person" to pair with Schlumbergera when I wrote its plant profile. The Schlumbergera seedlings have buds everywhere (see the end of the post for photos), but very few have actually opened a flower yet. As you're aware from last week, I saw a full bloom from 018A "Nudibranch," on 29 October, 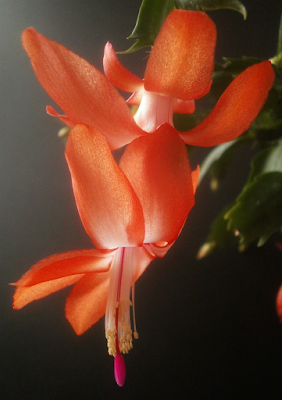 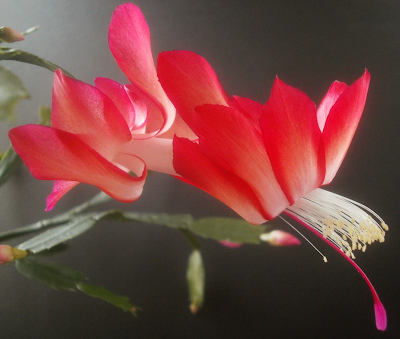 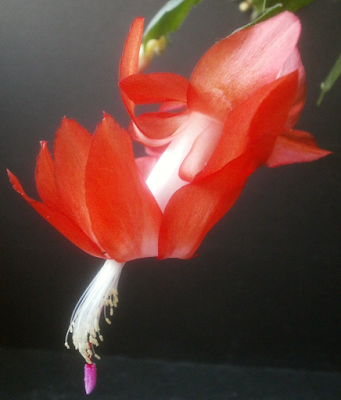 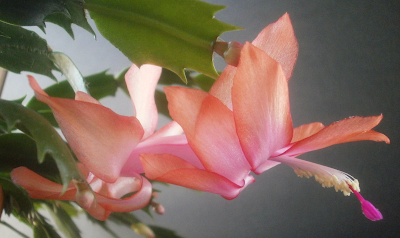 099A "Dessert Room," 9 Nov 2015
So it's not like the schlums are actually failing to deliver on their promises. They're just doing it so slowly, and I'm impatient. This is what five of the flats1 look like at the moment (the others are harder to photograph): 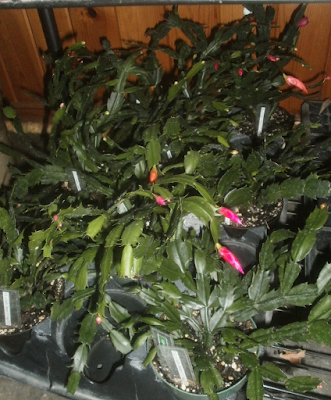 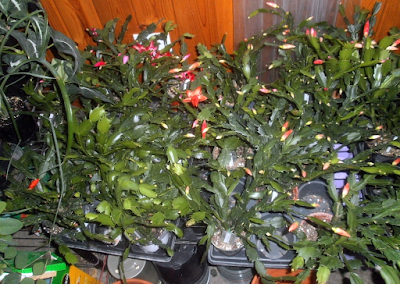 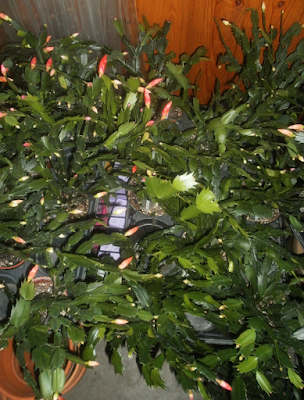 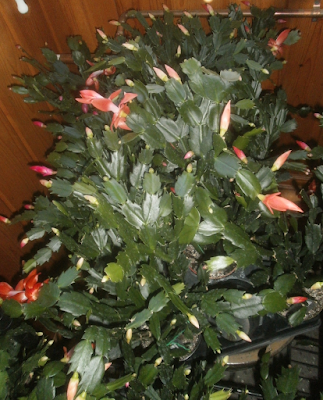 The "yellow" flat.
The photos are blurry enough, and the buds small enough, that they don't show the buds that well, so here's that last photo again, with all the visible buds (remember, there are probably a lot of buds hidden by the segments of other plants) covered with red dots instead: 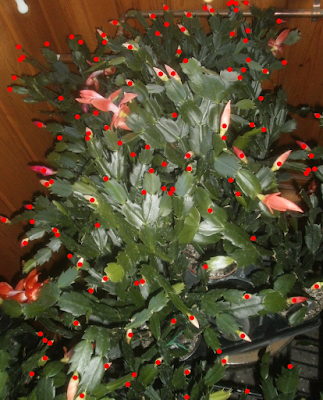 (OMG)
And the others are just as bad.2 When the explosion finally happens, it will be glorious. But the wait is killing me. (How's Schlumbergera season going where you are?)

[EDIT: I should have noted in the original version of the post that I was writing it on 9 November. By the 15th, when it went public, things had accelerated. We're not yet at peak Schlumbergera, but I've stopped complaining that they're slow.]


1 Confusingly designated by color names; the name of the flat has no relationship to the color of the blooms in it. I just find that it's easier for me to remember things if the mnemonic tags I use for them don't overlap. Which is to say, I find "seedling 018, in flat 05" harder to remember than "seedling 018 (blue)."
2 The other Schlumbergeras in the house have variously led (NOID yellow, 'Caribbean Dancer,' NOID magenta), trailed ('Stephanie,' 'Exotic Dancer,' NOID lavender-pink), or bloomed simultaneously with (NOID white, NOID peach) the seedlings. I'm actually a little concerned that the NOID yellow will have finished blooming by the time most of the seedlings begin.
Posted by mr_subjunctive at 3:00 AM

My one and only run-of-the-mill red has buds but no blooms yet. Won't be a huge display but its the first time in a couple years that it will actually bloom so not complaining.

My "Stoked" has one tiny bud on it. "Candor" hasn't done anything yet.

(E-mail from a reader says that one plant has buds but no blooms yet, and 025A "Clownfish" has bloomed.)

I only have one remaining Schlum here in Phoenix, and it hasn't done a thing. To be fair, I've been overwatering the poor thing so no surprise about no buds.

One of the others, that I gave to a friend before moving, has been in full bloom for a couple of weeks now. Dottie has the third one and I need to ask her how it's doing. She's probably convinced it to bloom by now.