034A isn't groundbreaking -- there have been plenty of orange/pinks so far,1 and while it's pleasant, I wouldn't say it does the orange/pink thing significantly better than they do. So let's jump to the naming. 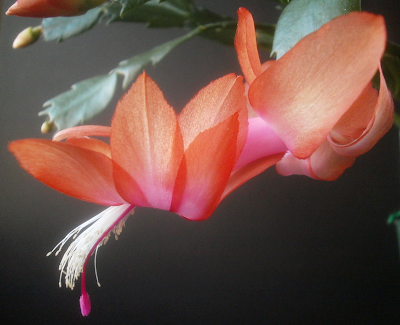 Only 23 initial candidates from TinEye (and here is a link to the color search results, if you're curious), only five of which seemed plausible final names.

Two of the five held some appeal but were pretty easy to eliminate: Lobster Roll seemed like a good, off-the-wall color match, but did nothing for me otherwise. Engelchen, which Google Translate translates from German as "little angel," is cloying and awful to me in English, but in German it's at least worth considering. I mean, I ultimately decided I didn't like it that well in German either, but I did have to stop and think about it for a while first.

So then it was a battle between Soft Light, For Kissing, and Wahine. 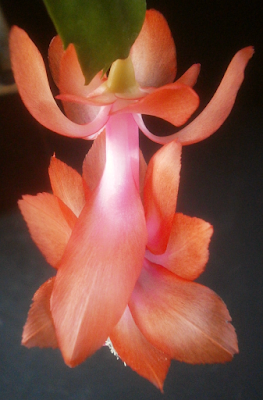 For Kissing seems like a problem because the most direct read of it suggests that the plant, or flower, is what should be kissed. Not really the intention. I was thinking of it more as "this is the plant one places in a room when kissing is being planned." Probably the abbreviated version of that doesn't make for a very clear name. So . . . no?

Soft Light would maybe work better for a lighter-colored bloom; I feel like these colors may be too saturated and dark to count as "soft." 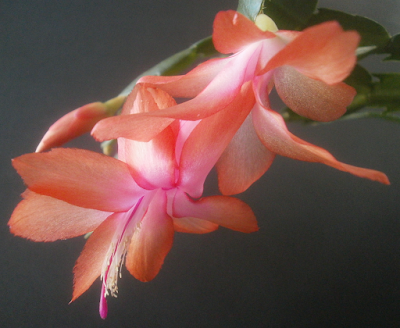 Which leaves Wahine.2 It means "Polynesian woman;"3 online dictionaries also list "young woman surfer," though that seems to be less widespread. I was wary of Wahine largely because I was taught, in grade school, that "squaw" was a neutral term for Native American women, then learned later that that's pretty hotly disputed. I couldn't find anything on-line suggesting that anyone had a problem with wahine, though, and the husband4 said he thought it had a positive connotation, if anything. So we'll go with Wahine for 034A, unless new information comes in to make me change my mind.