Seedling 211A is squarely in the orange-to-red space where most of the other seedlings have been. It's pretty, but not especially new. The most interesting thing about it is that there's a hint of magenta on one of the lowest petals, in one of the pictures I got. A few of the new blooms this year were doing that, but I'm not sure why. 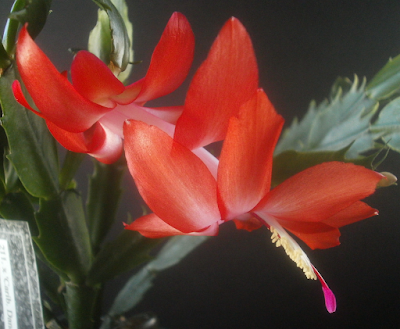 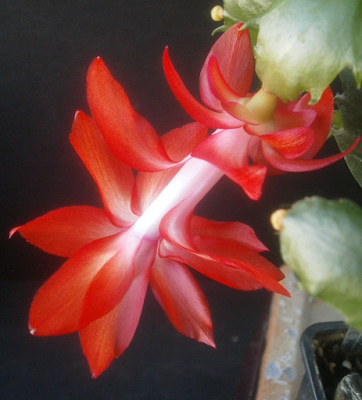 Deimos is the Greek god of terror. (Wikipedia suggests that "god" is maybe a bit much -- more the personification of terror, specifically the terror of war. A symbol in dudely form, but not a dude.)

Free Kesha is a reference to pop singer Kesha's ongoing legal battle with her label over whether she's required to work with a man ("Dr. Luke") who she claims raped and drugged her -- repeatedly -- in order to produce any further songs or albums. She says she shouldn't have to because, hello, sexual assault; Dr. Luke says he did no such thing; the label says no way is she getting out of her contract; the whole thing is more complex because she had previously stated in a sworn deposition in 2011 that he hadn't done the things she's now accusing him of; she says she made false statements then because she was afraid of him. And this has been going on for years now: she's still writing and making new music but it apparently can't be released until / unless she's let out of the contract. My personal take -- not that you asked -- is that obviously she should be let out of the contract, and if Sony really wants to be assholes about it they could include a financial penalty in the settlement but whatever, even if she is lying, there's something awfully fucked up about Sony's contracts if they would force an artist to work with a producer who raped her; i.e., the contract is obviously not humane to begin with and consequently shouldn't be enforced.

And I don't even like Kesha. Though I imagine the whole thing is more complicated than that.1 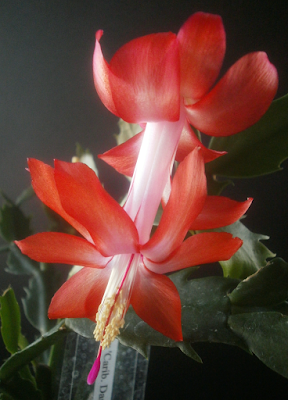 Anyway. Miss Emma is one of those names that honor someone personally meaningful to me but that I'd prefer not to get too specific about; all I'll say is that it's color-appropriate. 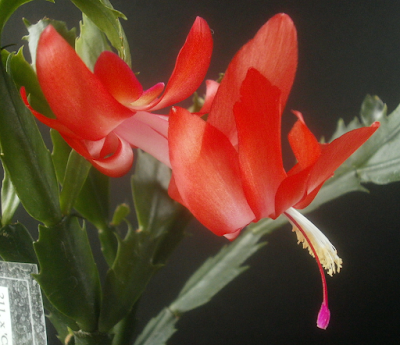 And Free Kesha, though sincerely meant, runs the risk of new information completely changing my opinion on the situation. I mean, I'm not sure what information could make me think you know what, never mind, don't free Kesha, it's cool the way it is, but I don't have all the information, just feelings and a rough outline of the situation, and that small chance of everything getting turned upside down in the future is enough to scare me off of the name.

So Bruce Lee or Miss Emma, then, is the decision, and I find that it's mostly a question of how I feel about Bruce Lee. Which I can't quite determine, to be honest. I know who he is (surely everyone reading this knows who he is?2), but I don't know that much about him personally. Not for lack of trying -- I even went so far as to check a Bruce Lee biography out of the library a few days ago.3 The worst I've been able to come up with is a Yahoo Answers page claiming (without sources) that he was abusive to his wife and son, but I've seen houseplant-related answers on Yahoo Answers that were so wrong it all but curled my hair, so if anything, that makes me all the more convinced that he was probably an okay guy. If you've got information to the contrary, by all means let me know, but at least for the moment, I'm going to postpone Miss Emma (it's not like there won't be more red-orange flowers in the future) and go with Bruce Lee for 211A.


1 "It's obviously more complicated than that" is becoming my automatic thought whenever I see a fucked-up situation and wonder well why don't they just do ______. Because it usually is more complicated than that. (The complication, when investigated further, is basically always money.)
Also I should maybe soften that to "I don't like the music of Kesha's that I'm familiar with." As far as I can tell, I have no problem with her personally. In fact, what little I've run across makes me think she's probably pretty cool, personally.
2 It's time to face the fact that I no longer have any idea what Millennials know and what they don't know. I have a twentysomething brother who wasn't familiar with Boy George (!) until the husband and I sat him down and made him watch "Karma Chameleon." He was home-schooled, from Christian textbooks, but even so, you'd think that there'd be a chapter about, I dunno, the godless gays lurking around every corner. With some reference photos of Boy George, RuPaul, John Waters, the Indigo Girls, etc., for easier recognition.
Perhaps I should start an online cultural exchange program for dangerously sheltered Millennials, where I introduce and discuss stuff like Heathers (which happened to be highly significant in my personal de-sheltering process), Dolly Parton, Sinead O'Connor, Eraserhead and/or Mulholland Drive, The Handmaid's Tale, Buffy the Vampire Slayer, Pedro Almodovar, etc., and they in turn introduce me to whatever the hell it is Millennials like. (With my brother, this has so far been Rick and Morty, The Room, and Monster Factory.)
3 It was not useful. It appears to have been written by his wife for an audience of 8th graders, so the odds of learning Bruce Lee's dark secrets, or hearing anything negative about the man at all, are slim. It also happens to be deathly boring, and has surely been responsible for many terrible book reports since its publication.
Posted by mr_subjunctive at 3:00 AM

It's a lovely seedling, and Miss Emma is a lovely name.

I listened to Imagine Dragons, a favorite of my nephew's--and they were...not bad! We can appreciate the cultural touchstones of other generations, if we--and they--have a listen. You may introduce your younger brother to something that becomes a favorite of his.

I liked Rick and Morty, what I saw of it. (Didn't really understand Monster Factory, or I understood it but didn't like it. The Room was somewhere in between.) So yeah.

It's occurred to me that although there's always been a lot more art / movies / TV / literature / etc. being produced than any one person could reasonably keep up with, it's much more the case now, because not only is there that much more work from the past that's important and good, but so many more people are making stuff now than have ever been before. So there's no way to be culturally well-rounded anymore, except in very narrow and/or time-limited niches, but on the other hand, almost every day gives you the chance to be one of that day's lucky 10,000, potentially several times over if you really work at it. Which is neat.

I've never had the slightest idea what other people know, regardless of generation, but it always made interacting with people my own age difficult and constantly embarrassing.
I'm glad I don't care much any more what people think of me. I know my own things that they don't know.

(Though I wasn't intentionally sheltered as in my people trying to keep stuff from me, it was just that my parents didn't really care about most popular/well-known things or people either.)