I was looking through previous orchid posts for some other previously-posted plant when I ran across a 2011 post about Paphiopedilum esquirolei, and I thought, huh, that looks an awful lot like this year's Paphiopedilum hirsutissimum, I wonder if one or the other was misidentified. 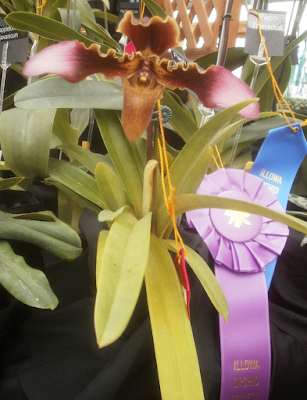 So I looked into it, and it seems that Paph. esquirolei is now officially Paph. hirsutissimum var. esquirolei, a variety "having shorter hairs on the ovary and peduncle and less hairy flowers." (Ref.)

Orchid taxonomy being what it is, this is probably no longer true either, but it looked true last March. 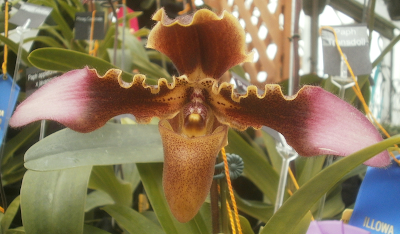 As the name implies, the flowers are covered in tiny hairs (much easier to see in the full-size version of the photo).

Paph. hirsutissimum is native to southeast Asia; I could try to describe the natural range for you, but it's easier on all of us if you just look at the map I found.