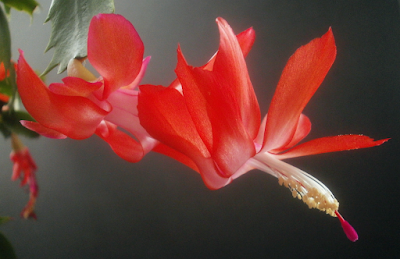 As seedlings go, well, the difference between 077A Grendel and 077B1 is a lot more obvious in person than it is in the photos: Grendel is a clear, medium orange with no hint of red, and 077B is a reddish-orange. Which is an opportunity for me to make a Schlumbergera complaint that I haven't made yet.

Do you remember September, when I talked about how I was trying to figure out how many seedlings from each cross I needed to pot up in order to be assured that I'd see most of the color variation the cross was capable of producing? And I decided that there were 13 different color combinations represented among the 'Caribbean Dancer' x NOID peach seedlings? That not only went out the window this year, it went out the window, rolled down a steep hill, landed in a river, went over a waterfall, caught fire, and then exploded. Because not only were the offspring of the new crosses not really different from one another at all, a lot of the old seedlings decided this was the year to try out new color combinations, revisit weird colors that they hadn't done since their first bloom, or do the usual color but in a really extreme way. So things like this happened: 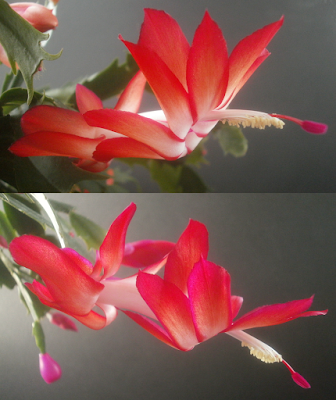 079A Yayoi Kusama, 2015-16 (top) and 2016-17 (bottom)
079A Yayoi Kusama had flirted with magenta margins previously, so it wasn't too much of a surprise to see them come back, but previously the magenta was mostly restricted to the lowest petals, usually only on the tips, and tended to fade as the bloom aged. This year's blooms were split about half-and-half between the two color combinations, and the magenta ones faded a little, but not as much as they did last year.

074B Crone Island, 2015-16 (top) and 2016-17 (center and bottom)
074A Vroom and 074B Crone Island have been consistently inconsistent, which is to say that the colors don't really match up from one photo to the next (Vroom is generally red with a white tube, plus or minus some orange near the petal base, plus or minus some magenta near the petal tips; Crone Island is generally peach or orange with a pink or white tube), but they've been distinguishable from one another: Crone Island's the pastel one, Vroom is the darker one. The flower in the center photo above throws all that out the window, though. The branch it appeared on was tagged as Crone Island, but looks like Vroom. Could they be the same seedling? If so, how do I explain that they were distinct before this?

The point of bringing this up is that although 077A Grendel has previously always been a nice clear orange / white, and although 077B has so far been red-orange / pink or orange-red / pink, I'm not sure that 077B is a separate seedling. And not only that, but it all sort of makes a mockery of the idea that I had 13 different color combinations. I saw 13 differently-colored flowers, maybe, but if every seedling can bloom three different ways, then maybe I've got a lot more duplicated seedlings here than I thought. Almost makes a person appreciate the Anthuriums.2 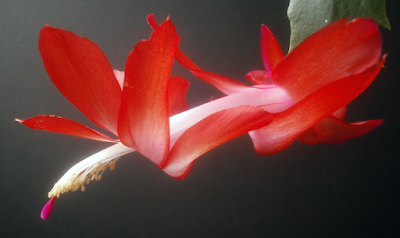 My name options for a lot of the Schlumbergera seedlings reflect my state of mind when I was coming up with them, which is how we get names like Deimos to consider for 211A Bruce Lee. 077B was the first new seedling to bloom this year, and was first photographed on 15 November, so . . . you can probably guess where this is going. 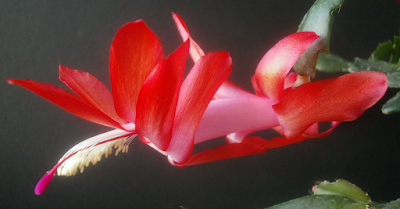 Accelerationism is the political strategy of voting to deliberately making things worse, so as to blow up the system and build something way better in the future, after the present crappy system has completely collapsed under the weight of the terrible people you voted for on purpose to make everything worse. And yes, this is actually an argument people were making in 2016. (I feel like I also remember it from 2004.) Don't know how many people actually voted accordingly. And although it is a very good way of making things worse in the short term, it is a very bad way to make things better in the long term, as we are about to learn. So I think I can throw out Accelerationist immediately.

Manocide Vagenda is memorable, and amuses me, though, again, there are people who actually think that misandry is a thing, and the reason to keep women out of power is because they all hate men and will kill them in droves if permitted the chance.3 And a sign was put up in Maine to this effect, in the impossibly distant time known as "August 2016," a sign which was so over the top awful that (for me) it sort of wrapped all the way around and became adorable. But it's obviously a terrible name for a seedling, in almost every way you could evaluate seedling names. 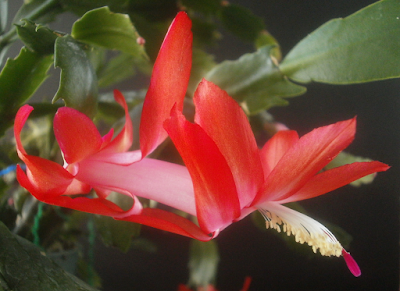 So Expletive Deleted or Bad Reputation, is our choice.

I feel like Expletive Deleted should maybe be held for a future seedling, on the grounds that I should pace myself a bit: if I'm already doing censored swearing in 2016-17, surely the names will sound [WARNING: link is not even a little bit safe for work -->] like an episode of Deadwood by the 2020-21 season.4

Bad Reputation gets points for being unrelated to the election, and it's never a bad time to think about Joan Jett or Freaks and Geeks, but the seedling doesn't have a bad reputation so I'm not sure it makes sense. Though I suppose the seedling didn't inspire cursing either. And we're sort of out of other options. 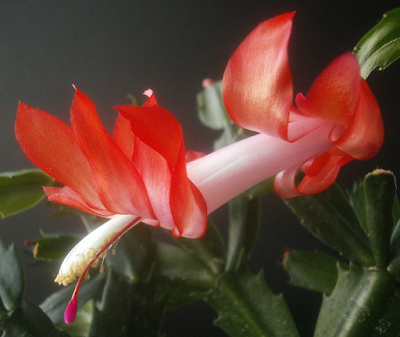 So I'll go with Bad Reputation.


1 And yes, I considered skipping the whole process and calling 077B Beowulf. I'm not sure that would have been a bad idea, but it seemed a little too neat.
2 Almost.
3 *COUGHCOUGHCOUGHprojectionCOUGHCOUGHCOUGH*
4 Should the gods be so merciful and/or cruel as to let 2020 happen.
Also Deadwood is a lot better and funnier than that makes it sound. I've been rewatching it lately on Amazon, and it's fucking delightful. Don't let the cursing or the fact that it's a western put you off. Unless you really, really hate cursing, in which case I'm going to look at you with a puzzled / concerned expression on my face until you explain yourself.
Posted by mr_subjunctive at 3:00 AM

Perhaps your Schlums feared you were getting bored with them and thought to intrigue you by adding some whimsy or an air of mystique to their blooms? Heh

I'm one of those who gets tired of ad nauseam swearing. A profanity here or there is one thing. In certain circumstances it can even be "appropriate"/understandable for the situation, even amusing when delivered properly. But more than that simply comes across as crass, boring, and indicative of a lack education, creativity, and class.