It's maybe a little bit odd that there have only been 2 Coelogyne in PATSP history, and both of them happened this year.

Not odd as in mysterious beyond all human fathoming or anything. But it's weird enough to acknowledge. 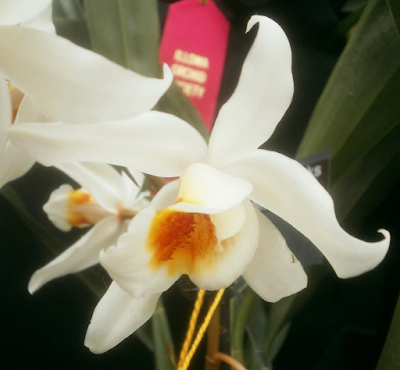 Sort of a stereotypically orchidy flower, the sort of thing that should be on a shampoo bottle or something. It's fine, but it didn't photograph well, and it's not like my jaw dropped when I saw it either. Truthfully, I'm more impressed with the foliage. There are better photos of the flowers here and some much better photos here, if you're interested. 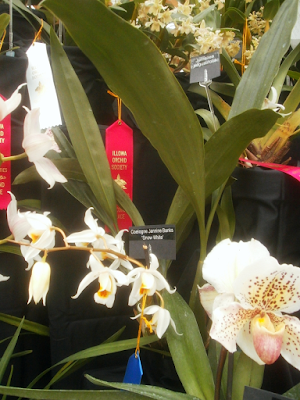 Coelogyne Jannine Banks is a primary hybrid (a hybrid of two species), which is a little bit interesting, maybe:

They're both white (though flaccida is sometimes more of a cream or tan); in my opinion Jannine Banks takes more after (and is aesthetically inferior to) mooreana, but if you say it resembles flaccida more, I'm not going to challenge you to a parking lot knife fight over it or anything.