Another seedling from the NOID magenta that looks like it could have been a 'Caribbean Dancer' x NOID peach cross. Not unpleasant at all, but also not new. 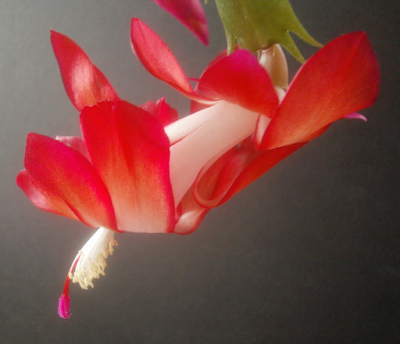 The name finalists are: Come At Me Bro, Deer Devil, Ecstatica, and Oney Judge.

Come At Me Bro doesn't really have any secondary meaning; the color on this seedling is just very intense and emphatic, and it seemed like a good name.

Deer Devil was previously considered for seedling 106A Jaws of Elmo, based on a photo gathered through TinEye. I noted back then that Deer Devil was sort of a problematic name because people get weird about mentioning the devil, and this is still true, but it feels like the name would suit the seedling, so I'm at least going to think about it. 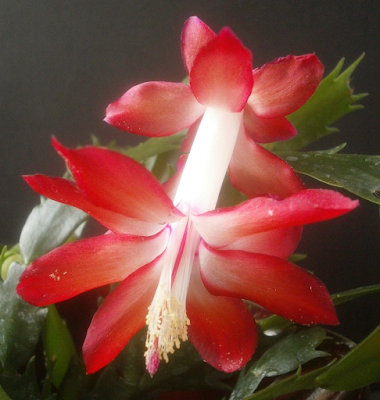 I don't know where Ecstatica came from.

Oney Judge is a historical figure, a slave of George and Martha Washington (Judge was Martha's personal servant) who escaped to New Hampshire in 1796 and lived thereafter as a fugitive. The story is more interesting and complicated than that,1 and if you're at all interested you should read some of the links in that footnote, but if you're not then just know that Oney Judge was awesome and totally worthy of a seedling. 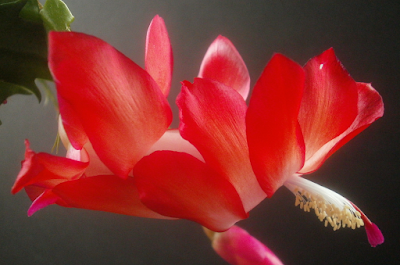 So okay. Ecstatica doesn't feel like a terrible choice, though there are a couple different ways to look at it and only one of them works. If you take it to mean that the flower looks like ecstasy2 would look, if ecstasy were converted to flower form, it's fine. On the other hand, if you read it as promising to induce ecstasy, well, that's harder to deliver. Also I think I was maybe influenced by the resemblance of the word to "Elastica." Dumb reasons to drop a name, but by the time I get the options narrowed down to four finalists that could all work, the reasons for rejecting a name are always kind of stupid. 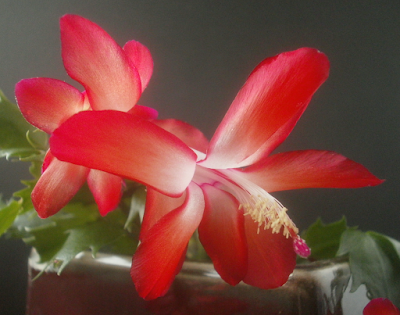 The remaining three names make for a difficult choice. I mean, yes, Deer Devil is problematic because of religious sensibilities or whatever, but I still think it's a neat mental image. Left to my own devices for a while, I could probably even spin those two words into a full cervid theology. It's fun to think about. And while I'm not crazy about the brotasticness of Come At Me Bro, those are some very come-at-me-bro colors. It really fits, even if I suspect I'd get tired of it eventually.


1 In particular, her motivation for leaving in the first place appears to have been only partly because she wanted to be free, and not especially because she disliked the Washingtons (though the Washingtons weren't angels here; there was a law in Pennsylvania that if someone who wasn't officially a resident of Pennsylvania brought slaves into the state, the slaves would automatically be freed after six months. There was a specific exemption for slaves of members of Congress, but not for slaves of the President. So, every six months, the Washingtons would go back to Mount Vernon for a few days, or to New Jersey for an overnight trips, bringing servants with them, and thereby managed to reset the clock. Pennsylvania specifically prohibited the practice of relocating slaves to prevent them from being freed, so the Washingtons were breaking the law by doing this; I don't know why they were able to get away with it for sure, though I imagine being the President helped. Being President makes it easy to get away with a lot of things. *sigh*).
The timing of Judge's escape was mostly determined, as I understand it, by Judge learning that Martha Washington planned to give her to her granddaughter (Elizabeth Custis) as a wedding present. And Custis was an asshole. So.
There's a lot of interesting background stuff about Oney Judge on line, at Wikipedia (and its associated Talk page), slacktivist (which is probably where I first heard of Judge), and todayifoundout.com, which has a pretty detailed but readable account of Judge's life.
2 (the subjective sensation, not the illegal drug)
3 Even in a 13-month period with an unusually prominent number of celebrity deaths, Mary Tyler Moore's death on 25 January hit me hard. For reasons that readers who have been around since 2011 will understand better than readers who haven't. And it's not like things were going great before MTM died.
4 Which is possibly the reason why, although I just rejected Dusty Springfield as a name, on the grounds that I've been naming things after people a lot, I don't feel bad about rejecting Dusty and choosing Oney. For all the great things about Dusty Springfield, I don't necessarily see her as someone to emulate.
I mean, she's not not a hero either, and if you do look up to Springfield then more power to you. I just don't connect with her in that way.
When I look at the name finalists I have lined up for future seedlings, there are a lot of specific famous people on that list. I've been trying to keep it to just one person per seedling, so as to avoid having to choose between awesome person #1 and equally awesome person #2, but I don't want every seedling for the rest of the season to be honoring a specific real-life person, and there are a lot of person-name nominees. (220A, 281A, 058C, 176A, 101A, 062A, 092B, 089B, 070A, 181A, 244A, 128A, 011A, and 042A. Plus fictional honorees for 096A, 193A, and 215A.)
Posted by mr_subjunctive at 3:00 AM

Thank you for the information about Oney Judge; I'd never heard of her.