The more seedlings there are to keep track of, the harder it is to distinguish between them, so I can't tell you a whole lot about 203A that isn't obvious from the photos. 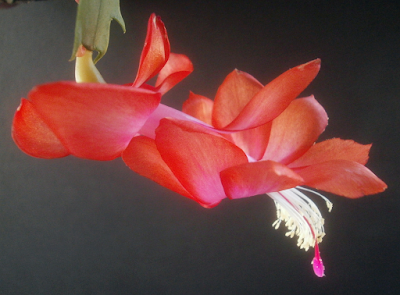 Mostly: the colors are loud. Which is fine. I think I prefer the seedlings with strong, fully-saturated colors to the more pastel ones anyway.

For 203A, the four name candidates are: Dolly Parton, Flamboyant Tendency, Loud and Clear, and What About My Needs. 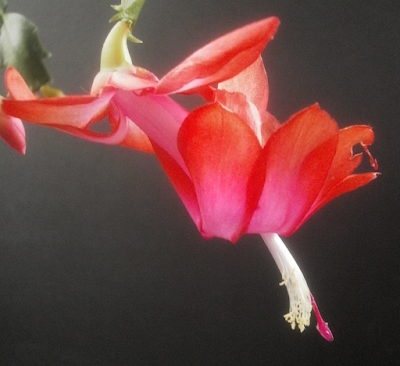 203A was early enough in the season that the tears in the petals here were probably mechanical, the result of them catching on other plants (or the flats, or the shelves) when getting moved around. The thrips normally don't eat all the way through a petal anyway, just scrape off a thick enough layer to make the flower ugly and then move on. That said, I suppose it's possible that the thrips are learning new things.
I think I can drop Loud and Clear right away. It's not inappropriate, but it's sort of a cliche. Pretty much the same goes for Flamboyant Tendency -- actually now that I look at it, "Tendency" adds nothing: it should have just been Flamboyant.

What About My Needs is a Culture ship name.1 At 19 characters long (including spaces), it wouldn't be the longest name I've used,2 but it's pretty long. It sort of works, in that the loud-and-screamy colors seem to go nicely with a phrase that is normally loudly screamed. I guess. The other option left is Dolly Parton, who, as previously noted, is delightful3 and totally seedling-worthy, and has also been on my mind a lot lately. 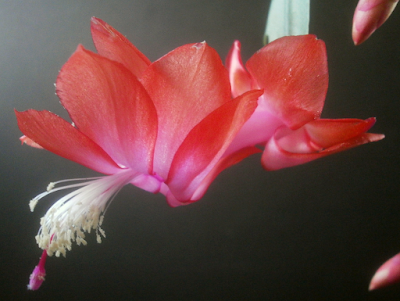 Poor What About My Needs never really stood a chance. I hereby christen 203A Dolly Parton.


1 Culture ship names, discussed here, are so named because they resemble names of spaceships in Iain M. Banks' series of novels about the galaxy-spanning civilization called the Culture (hence the name); they're not necessarily names that were actually used in the novels though. Culture ship names are distinguished mostly by their length, and are often but not always a full grammatically-correct sentence.
2 That would be 082A Strawberry Madeleine, which is 20 characters long. What About My Needs would tie 084A Downward-Facing Dog for second-longest.
The list of prospective names technically maxes out at 30 characters (Fictitious Canadian Girlfriend), but that's the only option I have with more than 25 characters.
I don't know if there's an official character limit for cultivar names or not, but I read some naming guide a while back that I think said to stick to 30 or fewer characters, and I figured 25 would be even safer. I had also been trying to keep names at one or two words long, but I've broken that rule a few times already (020A Feet Of Clay, 066B Sigrid the Haughty, 083B Guy Fawkes Night, 084A Downward-Facing Dog, 103B Must Be Love, 105A Berry Rhubarb Fool, 106A Jaws of Elmo, and 200A Breakin' The Law. And yes, I'm aware that I'm being inconsistent about capitalization of small words -- 020A Feet Of Clay but 106A Jaws of Elmo, for example -- and it bothers me too and I intend to do something about it sooner or later, don't you worry.), and the prospects list goes up to at least five- and six-word options (Will They Or Won't They, I Thought We'd Get Out, Let Me Count The Ways, A Banjo Like The Moon, I Want To Be Sedated, You Don't Want Me No More, I Want To Go To There), though I don't know how seriously I'm taking any of them as possible names.
I admit to finding A Banjo Like The Moon bizarrely appealing; it was in the running for seedling 127A until I decided I liked another banjo-related name better.
3 The late Roger Ebert described meeting Dolly in person (to do a one-on-one interview in promotion of her movie Nine To Five) thusly:

As we spoke, I found myself enveloped by her presence. This had nothing to do with sex appeal. Far from it. It was as if I were being mesmerized by a benevolent power. I left the room in a cloud of good feeling. Next day, Siskel and I were sitting next to each other on an airplane. "This will sound crazy," he said, "but when I was interviewing Dolly Parton, I almost felt like she had healing powers."

Mildly on subject, you should totally consider "Upside-Down Dog" as a name for one of these buggers. ;-)(Because "downward-facing dog" ala yoga isn't descriptive enough.)