Seedling 096A bloomed relatively late in the season, along with the other plants on the same flat: I moved them all up from the basement last Halloween, which you'd think would be plenty of time to set buds and bloom along with all their brethren, in mid- to late November, but apparently not. Moved them on Halloween, and they all started blooming between about Christmas and mid-January. 096A is notable for its intensity of color 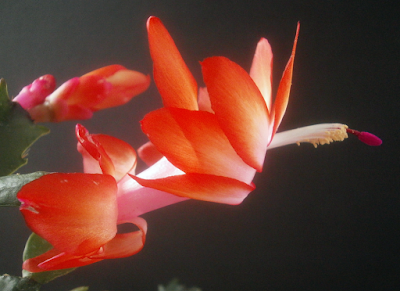 and the number of blooms produced at once. Normally I don't try to get pictures of multiple blooms, because it's tough to find an angle to photograph from, but 096A made that easy: 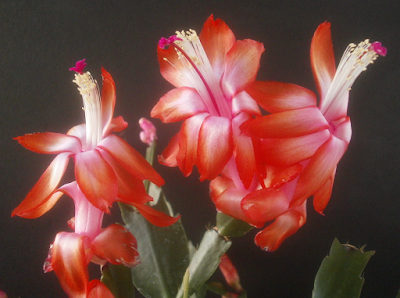 Many of the early batch of blooms had weird petal edges. Not sure what to call it -- "frilled" sounds more deliberate and regular than I think it was. Maybe "lobed?" "Ragged?" In any case. I don't think the thrips did it, since they normally leave the structure of the petal intact: in this case, the plant appears to have just declined to grow part of the petal. It also hasn't been consistent: some of the blooms have the weird margins, 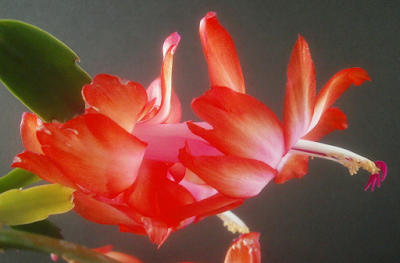 and some of them don't. 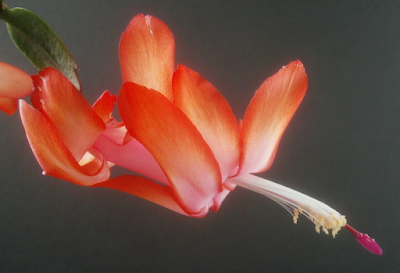 And they are all the same seedling. I checked. But anyway. Should get to the naming before I run out of photos. I came up with: I'm Really Sorry, Tamika Flynn, Wheel Keeps Turning, and You Look Great Today, which seemed like a much stronger set of names before I started writing this post than they do now.

Tamika Flynn is the character from Welcome to Night Vale, previously considered and rejected for 083A Psychedelic Bunny, 078A Art Party, and 089A Halloween Moon.

Wheel Keeps Turning and You Look Great Today are maybe not exactly self-explanatory, but I don't have any explanation to add. 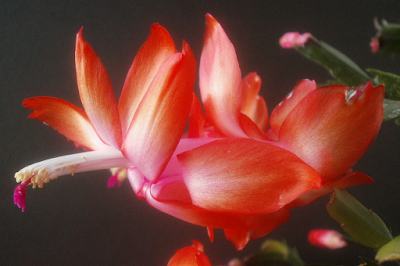 Of the four, I think I'm least interested in Wheel Keeps Turning, so I'll drop that. And You Look Great Today seems to imply that the plant and/or flowers are going to look great as well, or at least invites the reader to look at the plant with a more critical eye to its appearance, which I suppose can't really be guaranteed. 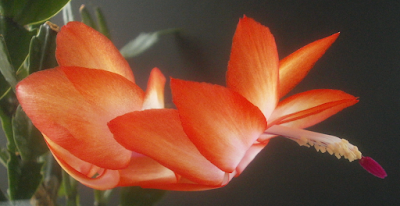 Which gets us down to I'm Really Sorry or Tamika Flynn, and as much as I like Tamika, the timing of the journal stuff is too much to resist. And anyway I was kind of picturing a Tamika Flynn seedling being more of a magenta or purple. So I'm going with 096A I'm Really Sorry.


1 I've mentioned before that I've kept a daily personal journal since 1987. A year or two ago, I started typing the old, handwritten entries (Feb. 1987 to May 2002) into my computer. I then got distracted by other stuff and stopped it, but I resumed in early March. I've transcribed roughly 445,000 words since March so far (for comparison: Moby-Dick is 206,052 words long; The Lord of the Rings is 455,125; War and Peace is 587,287); I expect to finish in August or September 2017 if I keep typing at the same speed.
Presently, the typed journal is 5,257,000ish words long; I estimate that it'll be somewhere between 6.2 and 6.6 million words when complete, plus whatever I wind up writing in the journal between now and whenever I finish transcribing. (6.4 million words is the length of not quite eleven War and Peaces, for reference.) No doubt that sounds like a lot, but remember, this is over 30 years, too: it averages out to like 600 words per day. And 600 words is nothing.
The journal transcription has made life super weird for me lately, in good and bad ways. I'm spending enough time transcribing (about 2.5 hours/day of transcribing, on average, plus contemplating and puzzling over the stuff I've just transcribed) that a substantial part of my life is spent reliving the events of other years: sometimes it feels like I am living simultaneously in, e.g., 1993 and 2017. Which is not all bad, though it's also not all good. I've occasionally been motivated to look up music I haven't thought about in a long time, most perfectly and appropriately Peter Gabriel's "Digging in the Dirt" (1992) --


-- which has been really nice. And sometimes things that were confusing or mysterious at the time are obvious and clear now; it's always satisfying to able to say oh, that's what was going on, even when what was going on was unpleasant or makes me look bad or whatever. Occasionally it leads to new mysteries, things that made sense at the time but are now puzzling; sometimes the other people involved are around to be asked, and sometimes they're not. Some stuff is healing, some stuff reopens old wounds.
Occasionally some delightfully strange thing will show up that I'd forgotten completely about. (Hey, remember that time you were at that bar and that total stranger had a picture of his own surgically-removed testicle in his wallet and he wanted to show it to you and everybody else in the place? Why no, I didn't. Thanks, 1998!) Surprisingly often, I discover that I've been remembering things wrong: trips and conversations that couldn't have happened, people who weren't present, objects I remember belonging to other people that were actually my own, bizarre events that actually did happen but I'd convinced myself were too weird to have been real.
Also it's easy to see how choices that ended up determining the rest of my life barely registered as choices at the time. Stuff like deciding which year to take high school chemistry. Picking a destination for Spring Break 1993 and 1994. Making a phone call. Writing a letter. Discarding cigarette butts in one spot instead of another. (All those were the wrong decision except the first one.) This is actually a little upsetting (particularly the Spring Breaks; never take my advice about where to go for Spring Break. I'm life-threateningly bad at it.), though I suppose there were probably lots of inconsequential-seeming decisions that also saved my ass from catastrophe that I'm not aware of because the catastrophe never happened. For all I know, the only reason I didn't get shot in an IHOP in El Paso in November 1995 is because I skipped all my classes on October 2, 1992. For example.
In any case. The point is that doing a deep dive into your own past is really weird, to the extent that I have trouble even coming up with words to describe how weird it is. And the original point is that the person connected to I'm Really Sorry is on my mind a lot because of what I've been transcribing recently, even if the name's not particularly related to the qualities of this particular seedling.
Posted by mr_subjunctive at 3:00 AM

My stepmother sent all the letters I'd written to her and my father back to me when she was clearing out files. Like you, I realize that some of my clearest memories are completely wrong. It's pretty unnerving because I've always prided myself on my memory. I kept a daily diary from 1976 until around 1994, nowhere near as extensive as yours, but I feel I must get it all shredded or pulped before I die. I really, really don't want anyone else reading it.