Well, so the basement carpet was pulled up on Saturday, almost entirely by the husband, who was having back problems to begin with and now has worse ones. (I did try to help, but I hit the heat-exhaustion wall very early, and also had my own stuff to deal with -- the plants don't stop needing water just because the basement floods, after all.) Nothing besides the carpet appears to have been permanently ruined so far, though we don't necessarily know the full extent of things yet, either. Could be worse, and we may yet find out that it is worse, but for right now it feels like we've dodged a bullet, at least compared to other people in town. So there may not wind up being a disruption in posting schedule, like I implied on Saturday.

As for the photos, we have some interesting variations in texture here: muddy, firey, streaky. They're not all gems -- they never are -- but I'm quite pleased with a few of these, and unlike some of these groupings, I think these work nicely together as a group, too. 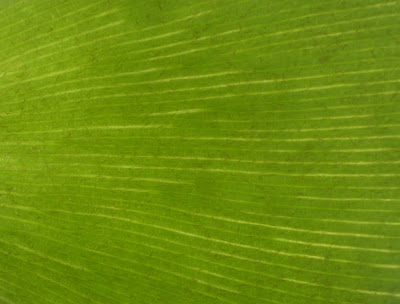 Zamia sp. One hell of a slow-growing plant indoors (and it's my understanding that they're not speedy outdoors either), but so far I'm not complaining about mine. This picture gives me sort of a Starship-Enterprise-traveling-through-space-at-Warp-9-through-the-Lime-Jell-O-Nebula feeling. 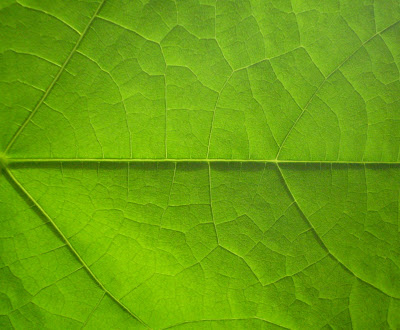 Abutilon 'Bella Pink.' Pretty sure I could come up with something better, for Abutilon leaves. Some of the angles here are weird, but the venation doesn't show as well as it could. I'll try again. 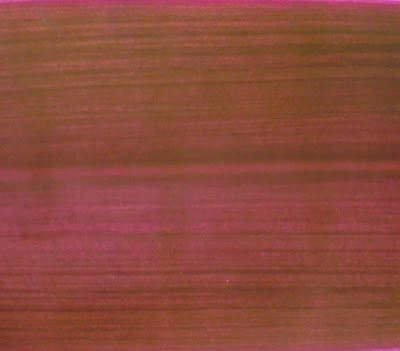 Tradescantia spathacea. Okay, this one just didn't work. Move on, move on, nothing to see here. In fairness, it takes a lot of light to get something photographable through the leaves of T. spathacea, and I feel I should get points for trying. 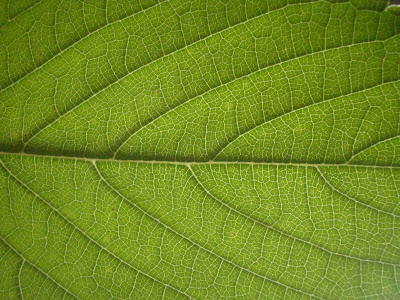 Salvia elegans. Worked out nicely, I'd say. I have some plants growing outside (I did wind up planting a few in the soil outside, as I'd hoped to) that could probably give better vein than this, but they weren't around yet when I got these photos together. 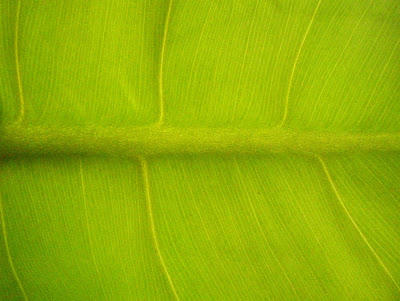 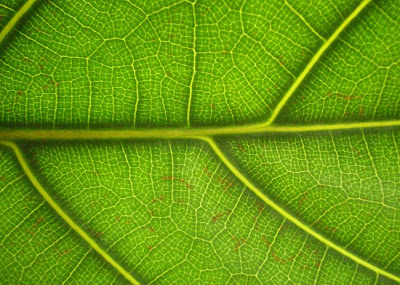 Ficus lyrata. Always a good picture of veins, though they're also kind of always the exact same picture. (This one is new: it just looks like all the others.) 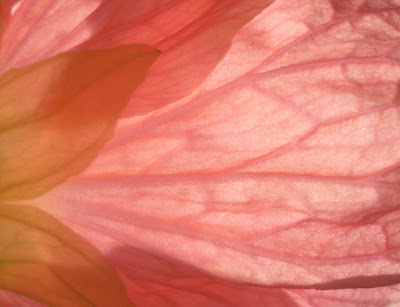 Abutilon 'Bella Pink,' petals and sepals. Another picture that, to me, evokes movement. Plus it's pink. 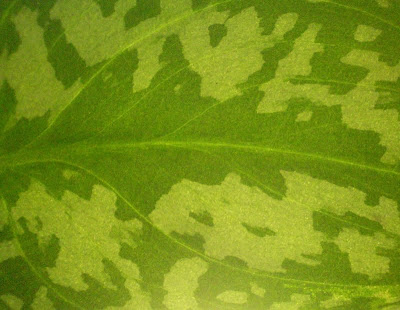 Scindapsus pictus. The leaves are really kind of too thick for the veins to show properly, but I think this may be the best shot of the variegation I've gotten yet. 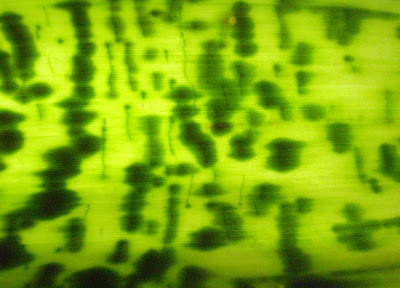 Vriesea ospinae var. gruberi. This one sort of has to be my favorite from the set, even though several of the others are also nice. The color! The pattern! Etc.
Posted by mr_subjunctive at 2:30 AM

The Lime Jell-o Nebula made me giggle but I find the Abutilon 'Bella Pink' to be the most aesthetically pleasing. I find it evocative of so many things - my Grandmother's elbows (if she were green) and our dam during a drought, just for starters. Who would have thought cracked skin (human/earth) could be so plant like?!

Those are beautiful. I like the ficus one best.

Who carpets a basement in the first place? That strikes me as an invitation to flood. I'm sorry about your husband's back pain - that really sucks. I've heard that taking walks every day is the best exercise you can do to reduce back pain. Which is to say, it's probably the only exercise a person with back pain can tolerate. But supposedly it's effective.

I always seem to go for the simple green ones lately - last time it was the Strelitzia, and this time, the Abutilon.
I suppose it's just a cheerful colour.

Heard there'd been reports of Borg marshmallows in that sector, you be careful.

The Ficus is cool, reminds me of something from Google Earth, but I like the Zingiber and the Vriesea, probably because it's so grey here.

And sorry about the flooding, didn't know Iowa had a monsoon season...