Not a lot to be said here; these are mostly your ordinary Irises, from around town and a couple from the ex-job. I've seen some really impressive beds of Iris this year; I don't know if they're having an unusually good year or if I'm just noticing them more. 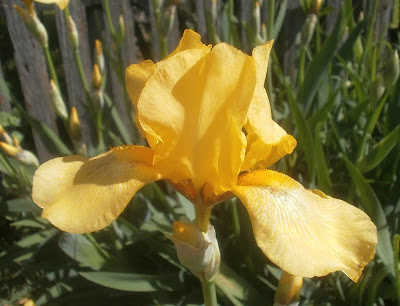 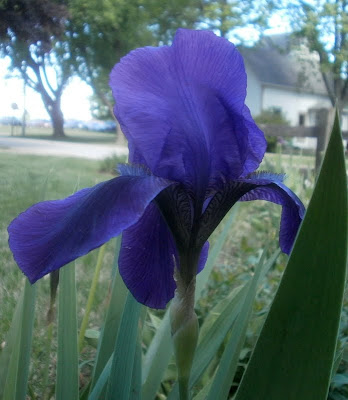 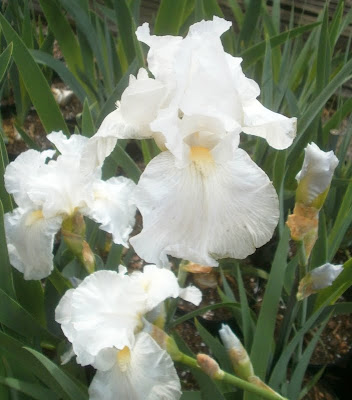 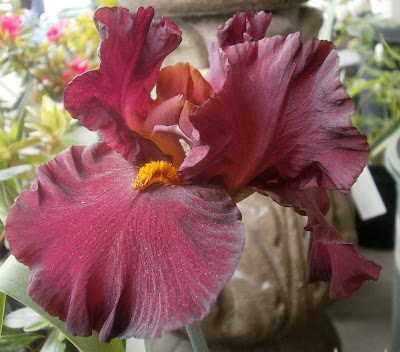 There wasn't any ID on this except for something like "Red German Iris." 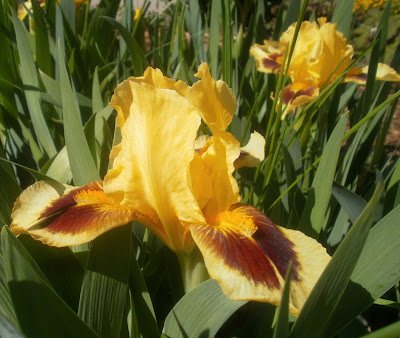 Early dwarf type. I think. It was at least early. And it was short. Short means dwarf, right? 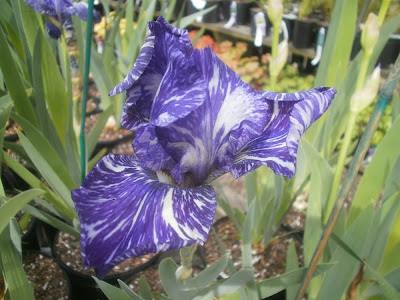 Iris 'Batik.' I like this one a lot.
We actually had an Iris at the house bud this year. I got some rhizomes last year from a reader who may or may not wish to identify him/rself, and they survived being covered by enormous Salvia elegans bushes (an accident; I didn't think the Salvia would get that big) and came back this spring, which was already better news than I was expecting, but then to have a bud on top of that was even more exciting. 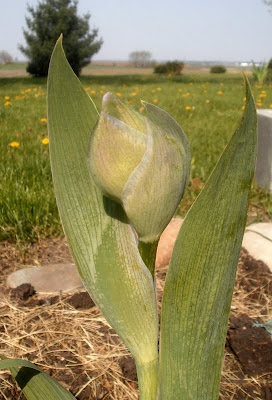 Then one morning I went out to check its progress and the decapitated bud was lying on the ground next to the plant. I have no idea what happened; the end of the stem looked more chewed than cut, snapped, or twisted off, but I don't know what would want to eat enough of an Iris to take the one developing bud off but not want to finish the stem once it'd been started. (Rabbits? Squirrels?) Anyway. I brought it inside, recut the stem, and stuck it in a glass of water, hoping it might open anyway, but it didn't. And that's all the Iris news I get for this year, apparently, because the other plants didn't even try to bud.

Understandably, though. I mean, after seeing what happened to the plant who did try to bloom, I'd be keeping my buds to myself too.

funny, I went on a walking tour of neighbourhood gardens yesterday and thought to myself the same thing about all the iris' i was seeing

The Red German and Batik ones are AWESOME, and I don't even like irises much.

If you've been getting lots of rain (I know we have) that could well be the reason for the great show.

Love the batik! I hope I can find that here in the Philippines!