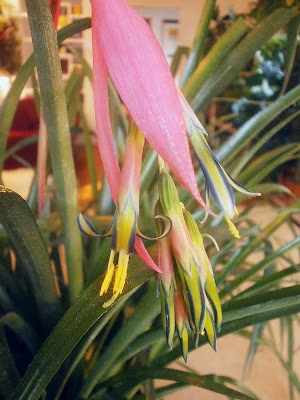 I probably shouldn't be posting this so soon after the cribplants post, because I'm unable to stop calling it "Bizzlebergia nutans, also known as biatchz tearz" in my head. But: it's blooming. That counts as a thing happening. When things happen, you have to blog about them: those are the rules. So biatchz tearz it is.1 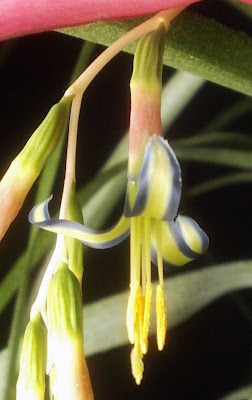 Billbergia nutans has very sneakily become one of my favorite plants, despite its relative dullness for most of the year. Part of this is because when it does decide to do something, it becomes very interesting -- seriously, five different colors on the same inflorescence! -- and part of it is because it's so undemanding to grow.2 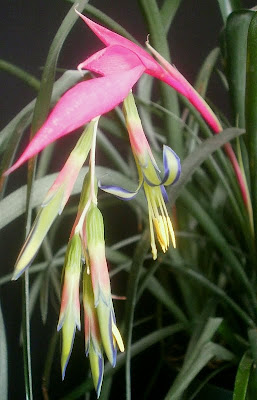 This time around, instead of a single bloom spike, I've gotten at least seven. I'm not sure if this is all attributable to it being larger; I've also been fertilizing it pretty heavily since about August or September, and I repotted it in September. I noticed the first bloom spike in I think mid-November, so the changes could be connected to the blooms. 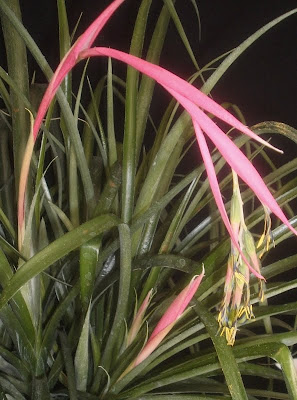 Ominously, the Cryptbergia x rubra has continued to bloom throughout all this: the first inflorescence is still producing flowers, and a second Cryptbergia rosette in the same pot is developing a new inflorescence, so that will continue for a while. Naturally, I have attempted to cross-pollinate the two. I'll let you know if fruits / seeds / seedlings happen.


1 As a side note, I looked at some lists of houseplants through gizoogle, just to see if there were any other particularly amusing name transformations to tell you about. Only a few worked for me, but that's probably just as well: The search also yielded this, regarding the toxicity of poinsettias, which amused me:


A lil pimp took a dirt nap up in 1919 from smokin poinsettia. Currently, feedin experimentz indicate dat while poinsettia may cause a lil irritation, tha reportz of serious poisonings is pimped outly exaggerated.

There's something really wonderful about the sentence "A lil pimp took a dirt nap up in 1919 from smokin poinsettia."
2 It doesn't hurt that it grows really quickly, too. Yearbook photos: 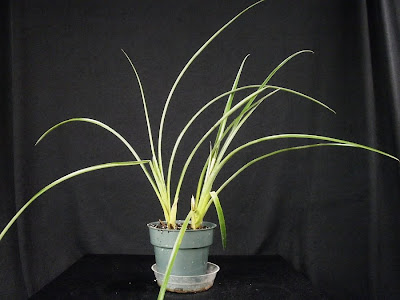 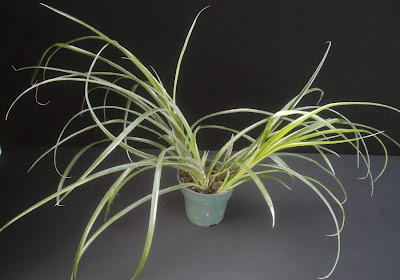 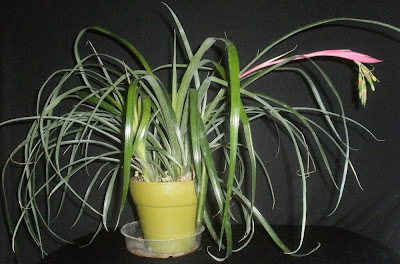 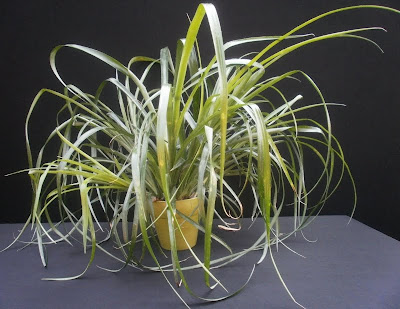 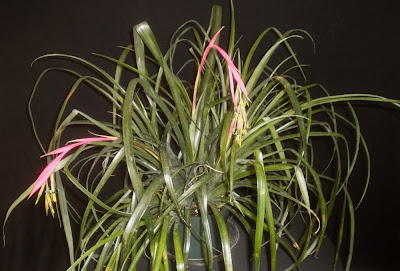 A dirt nap, hahaha! Love it.

Impressive growth on the plant, too.