When I put the colors from seedling 054 into the TinEye search, I got a surprising number of photos from the same event. Bunch of people standing in front of a pink-red background with words on it in a language I didn't recognize. Google Translate said it was Basque, and suggested the translation "a photo of our photocall and got an iPad2 for a gesture in favor of Basque," which was not especially helpful. The photos also contained a prominent Twitter hashtag, #keinukaeuskarari, for which Google Translate suggests "flashing Help," which is alarming in a difficult-to-put-my-finger-on kind of way.

I have no idea what any of this means, and suspect maybe it has something to do with Basque nationalism (?), which is one of the many subjects about which I know so little that I have no opinions about it. So I basically stuck both translations into a word-blender in my brain and came up with "Helpful Gesture" as the official name for this seedling. 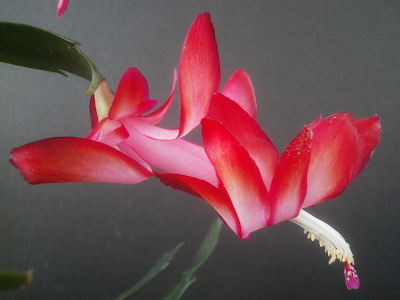 "Helpful Gesture" isn't the only non-orange seedling I've gotten so far, but it's easily the prettiest. It doesn't show up well in the photo, but in person, the petals shade from white to orange to magenta in a really pretty way. The orange mostly vanishes as the flower develops, but there's a trace of it left in the mature petals. 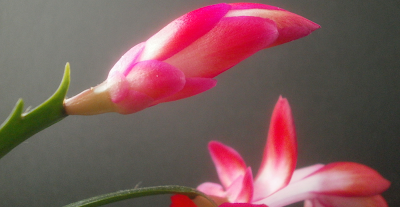 So "Helpful Gesture" is a keeper. The only other two seedlings I'm certain about wanting to keep around so far are no. 024 "Bryce Canyon" (so many buds!) and no. 025 "Clownfish" (such a nice color!). 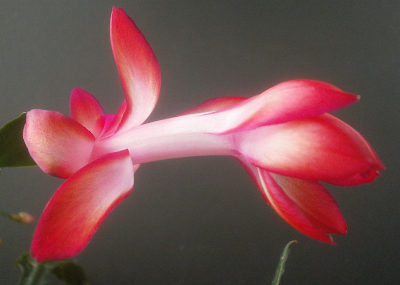 Very nice color on that one!

I'll be curious to see if I get any blooms this year on mine. Been a long time since I have. Believe my issue may be due to artificial lights preventing an adequate shortening of day length.

I don't see why you did not go with Flashing Basque. Very pretty flower.