Seedling 112A may wind up with a bad name, but if it does, it won't be for lack of effort: it took me 20 or 21 pages of TinEye results to come up with enough options for a long list this time,1 and then after whittling that down to a short list, I added a few emergency name options just in case those weren't going to be enough. 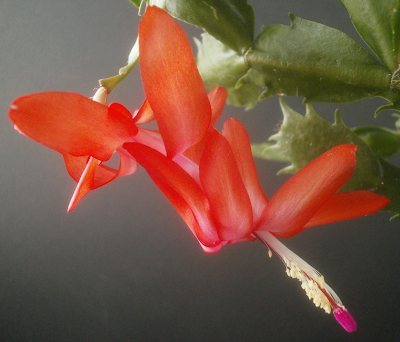 Anansi is a West African folklore character who is the keeper of all stories, generally depicted as a spider, a man, or some combination thereof (e.g. a spider with a human face, a spider wearing clothes, etc.) Wikipedia has a lot of interesting information on him.

Ciao is a dual-purpose hello/goodbye word. Like "aloha," but in Italian. (Wikipedia link)

Jellybean you probably know, or can figure out, but if not, here's the Wikipedia link.

Lavaball would most obviously be a ball made out of lava, which is presumably the meaning intended in the Flickr photo (which depicts cinnamon candies); it's on the list because my mind connected it to the practice of lavaballing, a metaphoric term for the practice of spreading one's legs while seated in a way that encroaches on space belonging to neighboring seats. Lavaballing is particularly common on mass transit, and almost solely practiced by men, hence the synonym manspreading.2

Lyle Lovett is one of my very favorite celebrities of all time, and the writer/singer of one of my five favorite songs of all time ("North Dakota"), and Julia Roberts' ex-husband. He is also friends with k. d. lang, apparently, which makes me severely envious of both of them. So it's pretty much inevitable that a seedling will be named for Lovett at some point -- but will it be this seedling? 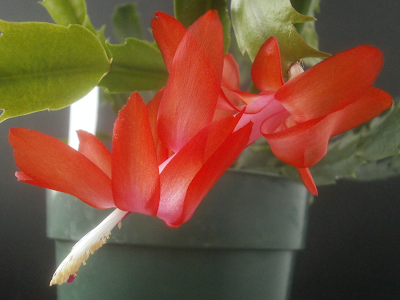 Michelangelo is a cheat, name-wise: the photo actually has text referring to Leonardo [da Vinci], but I changed it because the flower is orange-red, and the Teenage Mutant Ninja Turtle with the orange mask is Michelangelo. (Leonardo's is blue.)

Oxomoco is an Aztec deity with a short Wikipedia page. She was the goddess in charge of night, astrology, and the calendar. She is also, confusingly, the female half of the first human couple, i.e., the closest Aztec mythology gets to Eve, of Adam and Eve. (I couldn't find an Aztec version of Steve.)

I heard about her originally from some page I read about the dwarf planet Ceres, currently being explored by the Dawn spacecraft. Scientists are naming features on Ceres after agricultural deities (Ceres herself being the Roman god of agriculture), and I happened to catch that one of the craters on Ceres is named Oxo. Which I thought would make an interesting seedling name (agricultural deities with palindromic names that could also stand for "hugs and kisses?" How could I pass it up?), but then when I investigated further, I found out that Oxo, Oxomo, Oxomoc, and Oxomoco are all various versions of the same name, with the last being the most official. So the palindrome and the hugs-and-kisses thing are both sort of ruined, but let's run with it anyway.

Paprika is a spice made from air-dried chili peppers, and also, apparently, any damned shade of orange, red-orange, red, pink, yellow-orange, burgundy, or brown-pink you want it to be.

Rockamundo is, among other things, a racehorse who won the 1993 Arkansas Derby as a 108-to-1 long shot. Also a fun word to say. 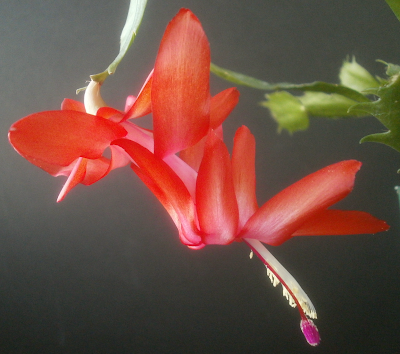 So, right off the bat, I feel like I can drop Paprika, on the grounds that a name that can refer to any color at all is likely to give people misleading ideas about the bloom color. And I'm not crazy about Michelangelo either. Yes, it's fun to say, but it's also long to type, and he's got plenty of things named after him already, and the flower isn't so pretty that it's like Michelangelo painted it or anything. I mean, maybe it's pretty enough that Michelangelo the ninja turtle might have painted it. But that's not what people would assume from the name.

Ciao, as a name, is perhaps a little too bland.

On the other hand, the colors on this one are probably not bland enough to be called Lyle Lovett. Lyle Lovett should be a really washed-out pink or orange. Possibly even plain white.3

I'm thinking Rockamundo smacks of trying too hard. I mean, that's sort of what I liked about it, but I don't think it would wear well, long-term.

So that leaves what, four? Well, I guess we can drop Jellybean. There is something about the color and petal shape that makes me think of jellybeans, but there will be other seedlings that do that.

Of our two mythological figures, Anansi and Oxomoco, Anansi has more personality, but Oxomoco is more fun to type and say. I suppose Anansi has a slight edge, for showing up naturally as part of the TinEye search. So we'll drop Oxomoco for now. 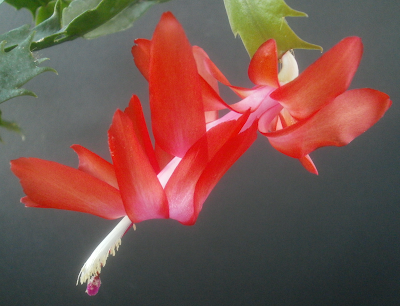 Which leaves Anansi and Lavaball. In an early draft of this post, I went with Anansi, but after sitting with the decision for about a day, I decided that I didn't like it. I don't know why; sometimes I just don't.4 So I guess this is Lavaball.


1 The more names I consider and reject, the deeper into the TinEye results I have to go to come up with 30. While I'm not opposed to considering the same name for more than one seedling, if I've managed to talk myself out of a name once, it's easy to talk myself out of it again, so it's rare for me to choose a previously-rejected name. (It's happened twice, for 100A "Circular Reference" -- considered and rejected for 082A "Strawberry Madeleine" -- and 106A "Jaws of Elmo," which was rejected for 019A "Belevenissen.") And in both of those cases, I still very much wanted to use the name, it was just that 082A had a much better story if I chose the other name, and 019A was the wrong color. Anyway. So the more seedlings to name, the more TinEye results I have to look at, and the longer it takes to come up with a distinct list.
I've mentioned this in the comments before, but I don't think I've made it part of an official post: I welcome reader name proposals. I'm trying my best to keep the Schlumbergera seedling gallery current, so if you look at that page and see "[name TBD]" anywhere, I haven't yet chosen an official name for that one, and am at least hypothetically open to suggestions. I won't promise to select reader-suggested names (if more than one name gets proposed for a given seedling, then that becomes impossible anyway), but I'll at least give them the same consideration as anything else that makes it onto the short list, and if I reject it, I'll explain at least a little in the relevant blog post. (Bear in mind that sometimes my reasons for selecting and rejecting names are arbitrary and often amount to, well, it just looked like / didn't look like a __________. I.e., the explanations may not be particularly satisfying. But there will be something.)
2 The most effective treatment for lavaballing is a sharp blow to the affected individual's testicles, though relapse is common and multiple treatments are usually necessary.
3 Lyle seems partial to black and white videos (e.g. "Church," "If I Had A Boat"). Even when the videos are in color, the colors are subdued. E.g. "She's Already Made Up Her Mind," "Penguins")
4 The same thing happened with seedling 056A: I picked the name that worked the best, tried living with it briefly, and then decided that I just didn't like it, even though I couldn't come up with a specific objection.
Posted by mr_subjunctive at 3:00 AM

How about "Spicy coquette"? The angles of the petals remind me of a woman fluttering her arm in a pleased/dismissive gesture.

Weirdly, I'd put Coquette on the list of emergency names this morning, a couple hours before you left this comment. Granted, the reason was entirely different, but even so, there's clearly something in the air. 066A and 093A both have similar petals, so I'll consider it for both of them.