(Potting up the Anthurium seedlings, which I mentioned in the previous post, wound up taking me just under ten hours to do. If you were curious.1)

The only unusual feature of Schlumbergera seedling 063A is that its petals are a lot more rounded than average. Not super-exciting, but it might be enough to make naming easier. Let's see. 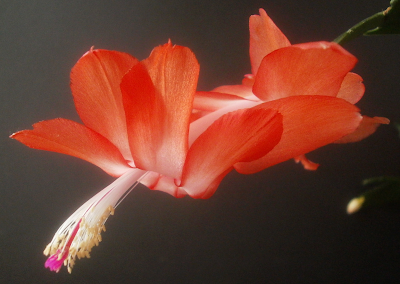 The five-category naming scheme seems to be working well enough for us so far, so let's try that again.

Shape-related: Broad Brush, because of the sort of squared-off ends of the petals. It's a bit of a stretch, I suppose, but my blog, my rules.

Pop cultural: Tigger, after the character from the Winnie the Pooh books.2

Whatever: though I am tempted to go with a reference to a famous person I saw on another site semi-recently (Short-Fingered Vulgar Business Yam), I'm hoping that that reference will become so horribly dated by 2018 that no one will even remember who it refers to. So how about the similar but much more pleasant Sweet Potato Pie instead? 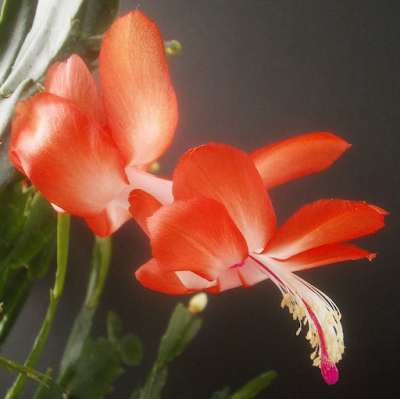 For some reason I am afraid that Tigger would get me a cease and desist order from Disney (Disney has owned the rights to Winnie the Pooh since 1961 and are notorious for being aggressively litigious), but even if that's irrational and paranoid of me, Tigger is the Winnie the Pooh character I always related to the least. Much more of an Eeyore here. Which you probably knew already.3 So ennh. 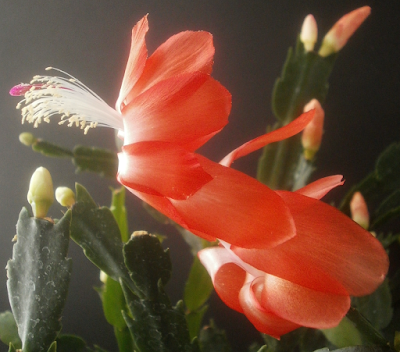 Robin can go too; I like robins fine (and still wonder from time to time how Marcia, Jan, and Cindy are doing, or whether they're even still alive4), but an actual robin this color would be alarming; they're a duller, slightly redder orange. 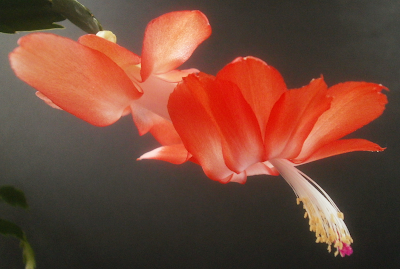 Similarly, Sweet Potato Pie would be more appropriate for a bloom that was a lighter, yellower orange than this, at least going by online photos.5 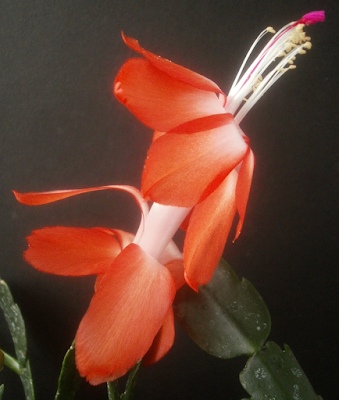 So that leaves Broad Brush and Ad Abundantiam. The former actually does something to describe the seedling in question, whereas the latter could be used for any orange seedling. And we know there's very little chance of making it to June without naming one of them Ad Abundantiam, so I guess we're going with Broad Brush. Not really where I thought this post was going to wind up, but there you go.


1 An hour to fill 126 pots with soil and wet the soil down, an hour and a half to do the actual transplanting, an hour to type, print, and cut the text out of the paper for the tags, about two and a half hours to actually make the tags with my poor-man's-laminator, four hours to update the spreadsheets and other records.
2 and films, and TV shows, and lunch boxes, and stuffed animals, and pencil-toppers, and Halloween costumes, and video games, and figurines, and dresses, and ceramic wall plaques, and candy, and blankets, and vinyl wall decals, and pacifiers, and Beanie Babies, and bibs, and iPhone chargers, and tote bags, and laundry hampers, and shoes, and cupcake toppers, and stamps, and Q-Tip dispensers, and necklaces, and comb/brush sets, and
3 (thanks for noticing)
4 Wikipedia says probably not; average lifespan of a robin is 2 years, and the Brady sisters were hatched 5 years ago. I mean, it's not hopeless -- they're known to occasionally live to be 14, even in the wild -- but odds are pretty good that all three are gone now. *sigh*
5 It is distinctly possible that I have never encountered a live sweet potato pie in the wild. We were more of a cake / cookies family than a pie family.
Posted by mr_subjunctive at 3:00 AM