Just one more Schlumbergera after this one, and then we're free of them for a few months.1 So let's hurry up and get this sucker named. 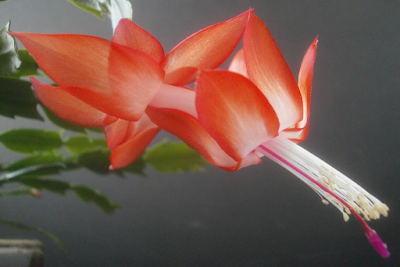 I don't know how typical it's going to be, since this is another late-blooming seedling that only made one bloom before retiring for the season, but the shape is the only unusual characteristic of this seedling's flower. Front petals strongly reflexed; back petals partly reflexed and partly not: either this photo was early, and the bloom just hadn't opened all the way yet, or this is the Schlumbergera equivalent of a mullet ("business in the front, party in the back"). And I would consider Mullet as a name, because it would be easy and I could quickly move on to some other post, but ew. No.2 So I will dig deeper.

There's a sort of overall triangular shape to the bloom, at least in the below photo, so maybe we could do something with orange triangles? Slow-Moving Vehicle, perhaps? It's a little long, I guess.3 And maybe implies not very many flowers?4

Image searches for "orange pointy" were dominated by high heels and manicures; "orange spiky" was dominated by other plants, in particular kiwanos, which wasn't especially useful. Though one always enjoys the opportunity to think about kiwanos.

So I guess it's time to look at the lists of emergency and previously-considered names.

Ever since I considered Francis S for 114A Gallant Fox, I've toyed with the idea of naming the seedlings after specific people from my life, in a way that preserves anonymity for them and plausible deniability for me.5 I'd even kind of done it already, without intending it at the time. (Stoked, as a word, is very strongly associated with a particular person I knew about 25 years ago. Blood Frenzy and Strawberry Madeleine also refer to specific people on some level or another, the former more overtly than the latter.) So I've been thinking about that, and I made a list of people, and I've been adding name ideas to go with the people as I thought of them. Of the few name options that fit the person perfectly and will definitely get used at some point or another,6 the one that I think matches this particular seedling best is Pushover. With enough imagination, one could even imagine the petals as a row of dominoes in the process of falling from right to left: 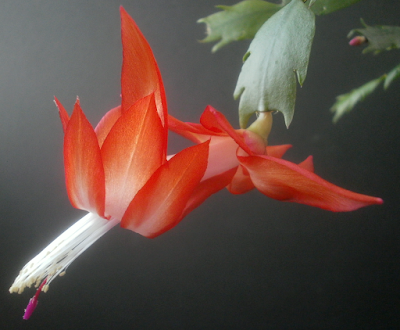 So I'm thinking this one will be Pushover.


1 Oh, and, for anyone left in suspense, the last major branch on 'Caribbean Dancer' fell off too, on the 19th or 20th of May. When they decide they're done, they're done. 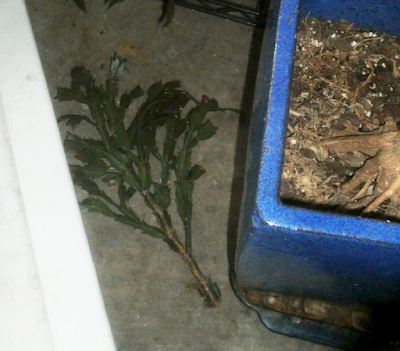 2 As a midwesterner of a certain age, I have to say that I don't feel like mullets are always unattractive. At the same time, for any specific individual, a mullet is unlikely to be the best hairstyle option available.
3 The seedling names range in length from 20 characters (082A Strawberry Madeleine) to 4 characters (027A Kiln, 090A Lola); Slow-Moving Vehicle comes in at 19.
4 Which might be accurate, of course. Can't know until next year.
5 If done properly, this would also mean that the people so honored wouldn't actually recognize that they were being honored, or they might suspect if they happened to find out, but couldn't be sure. Which, frankly, appeals to me as well. I suppose this implies that it's not so much about recognizing them, the individual people, and more about celebrating the particular historical me that was connected to them, and if true then that's kinda egotistical, but I'm going ahead with the plan anyway.
6 Assertive, Pushover, I'm Really Sorry (I suppose in one way or another I'm Really Sorry works for all the honorees, but it's especially appropriate for one person, and I didn't say it when I should have.) Good Daddy, Perturbed, and Francis S.
Posted by mr_subjunctive at 3:00 AM

Too bad that last branch dropped. On the plus side, at least from the photo, the branch looks like healthy material. Gonna let it callous over a few days and try potting it up?

No. Already in the garbage as of last Friday when I first spotted it on the floor.

Honestly, the idea of trying to salvage the branch barely occurred to me: I already have nine pots of cuttings from all the other branches that fell, and if I can't get any of those to root and start over, then clearly I'm just not meant to have 'Caribbean Dancer' anymore.